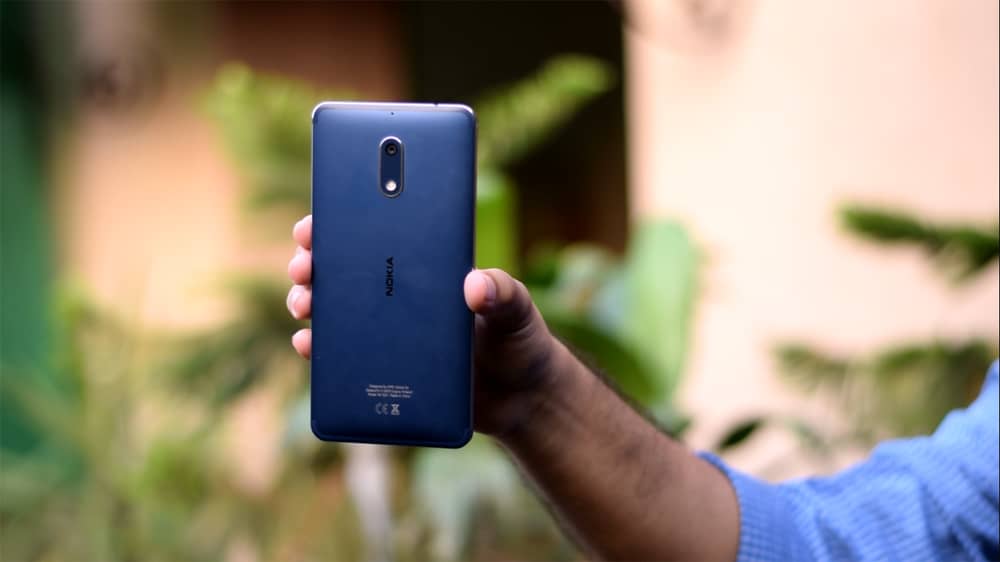 Nokia launched a trio of devices back in early 2017 targeting the mid-range user. The most expensive one of the bunch was the Nokia 6. It was not only more expensive than the other two, it also carries better specifications than its rivals.

Nokia 6 is currently priced at Rs. 27,600 in Pakistan. It was recently launched and we got our hands on a review unit. Here’s what we think of it.

Perhaps one of the most impressive bits of the Nokia 6 is its build quality. Keeping in mind the price that you are paying for this phone, you do not expect to hold such a premium feeling device. It features analuminum unibody design with chamfered edges which adds to the beauty of the phone.

On the front you have the display. A bit further to the top, we have the earpiece, front facing camera and your standard sensors.

At the bottom of the display there’s the 3 capacitive keys; back, home and recent apps. The back and recent app key are also backlit while the home key also doubles as a fingerprint sensor.

Moving towards the back of the phone, you’ll find the primary camera, a dual-tone LED flash and the Nokia branding.

The right side of the phone houses the volume rocker and the power button whereas on the left side you’ll find the SIM slots.

Looking at the top of the phone you have your 3.5 mm earphone jack and finally on the bottom you’ll find the speaker grilles and microUSB port for charging/data syncing.

The display isn’t bad to look at. Being an IPS panel, the viewing angles and color reproduction is good. Probably the only complaint I have from this display is that the colors are a bit too warm and there is no option available in the settings to adjust it.

What surprised me while using these devices is the performance of these smartphones and how a clean version of Android can really help things.

Since it’s running stock Android, moving through the UI is buttery smooth and the animations don’t stutter at all. Most of the applications including some resource intensive games worked just fine, but titles like Asphalt 8 did suffer from a few dropped frames.

Multitasking was a breeze and it easily flies through applications. When moving between applications, you aren’t met with apps that refresh every time.

Perhaps one of the main reasons that the Nokia 6 performs so good is because of the software.

Nokia 6 is confirmed to get the Android Oreo update soon which was released last month. Fast updates are going to be a key selling point of Nokia phones and during my usage I also got an update for the August security patch.

The camera on the Nokia 6 sees a bump from 16 MP from 13 MP on the Nokia 5. It also has a dual-tone LED flash, and phase detection auto focus.

The camera’s performance is very good, given the focus Nokia has on cameras. The pictures taken in good lighting are usually sharp and detailed. Colors are accurate too and not oversaturated like on most smartphones.

However, moving to a dimly lit condition has the same effect as on the other phones; noise starts to increase and the quality decreases. To help with these situations, HDR is available but I won’t recommend using it unless you have very steady hands or have a lot of patience. HDR is slow and can take 2-3 seconds to capture a photo.

Front camera is 8 MP with an f/2.0 aperture. The results weren’t too impressive. Even in good lighting conditions, photos came out soft. You can take a look at the camera samples below:

The battery on the Nokia 6 is a 3,000 mAh cell which is decent enough for a phone with this screen size.

Running a battery benchmark on it resulted in about 9 hours of screen on tim with 50% brightness. However, what really matters is the real world usage and the Nokia 6 performed well in that department too.

It lasted a around 18 hours on average with LTE turned on.

The Nokia 6 offers good performance for the price and I’d say it’s well worth it, given that the phones available in the market in the same price range or lower don’t offer software updates or good performance generally.

Still, it doesn’t mean that there was no cost-cutting involved in the Nokia 6.

For starters there’s no LED notification light available, which is a disappointment to say the least. Moreover, I would also consider the Snapdragon 430 as cost cutting, since they could have easily gone for a Snapdragon 625 to keep up with the competition.

All in all a decent camera, good performance, excellent battery life. All these things makes the Nokia 6 worth the price tag and a definitely a good buy.