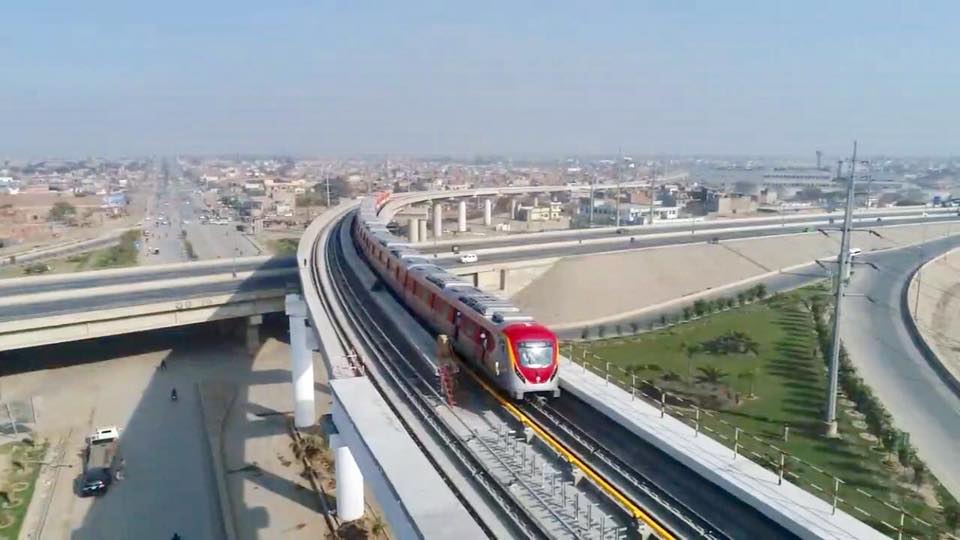 The Orange Line project will have another test run today.

The extravagantly over-budget Orange Line Metro Train Lahore project is set for another test run today. The ceremony after the test-run will be held at Lakshmi Chowk Station which will be attended by several high-level officials.

Test run of Orange Line Metro Train tomorrow is a milestone towards the completion of the project.. It marks the start of a new era of the public transport system in Pakistan. Will ease mobility of our students, women, labourers, businessmen etc.#MetroTrainChalayGi InshaAllah! pic.twitter.com/slkPLu4RT5

The following officials will attend the ceremony;

Several officials working on the Orange Line project will attend the ceremony as well.

Here’s the official schedule for the test run event: 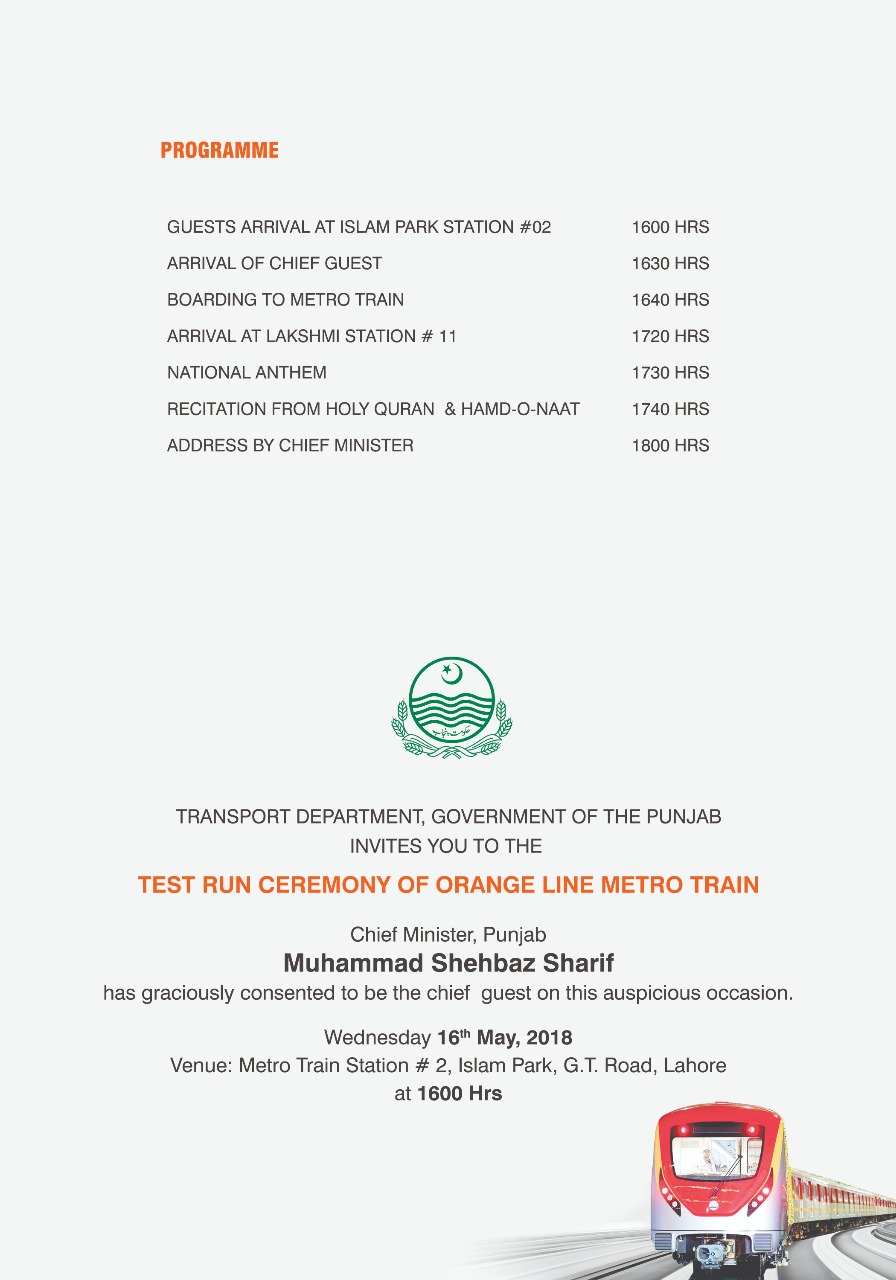 The ceremony will be held after the test run from Dera Gujran to Lakshmi Chowk concludes.

The project is a tale of mismanagement, repeated delays, and sheer incompetence along with hefty corruption.

The construction of the projected was engulfed in a lot of controversies including the demolition of several historical sites. The case went to the court, however, Punjab Transit Authority got a clearance to resume construction of city’s flagship train.

The exorbitant cost of the project seems illogical as to why the government would take up such an overpriced project. As of now, the project is estimated to cost around $2 billion. The money could’ve easily been spent 4 times over to solve the education sector problems of the province.

Then again, it’s not like the government is spending money from the national treasury. According to reports, the federal government will bear only $300 million of the total cost, the rest of the money is being raised through loans from China. Hence the project that only benefits a few thousand people will put a major bump in the whole country’s economy.