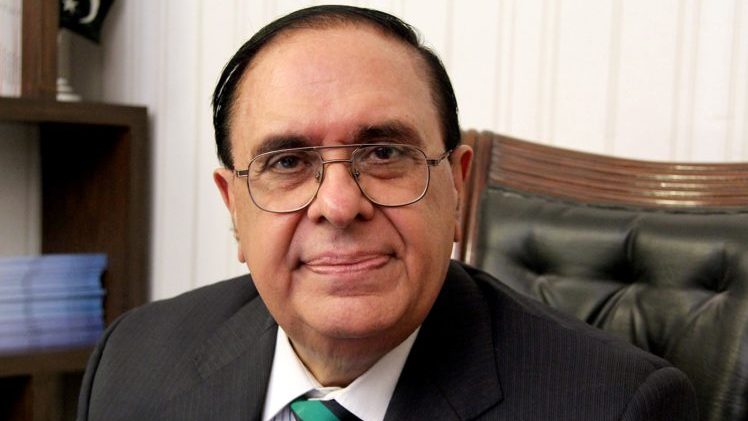 Renowned scientist and former Minister of Science, Dr Atta-ur-Rehman has called for increased collaboration between natural and social scientists to implement new ways of bringing peace to the world.

While delivering a lecture on “Science, Technology and Innovation: Imperatives for Socio-economic Development’ at an event in Karachi, he said,

Technology is a double-edged sword and it needs to be used for the betterment and welfare of mankind and not for their destruction, To earn peace for human beings.

When queries were raised about why scientists have not done much to contribute towards peace in the world, the former chairman of the Higher Education Commission replied that coordination between social scientists and [experts in] natural sciences is essential.

Dr. Rehman compared the GDP and economic development level of China and Singapore with Pakistan and recognized that development in these countries was made possible thanks to efficient utilization of manpower through quality education.

He added that a limited budget is being spent on education, science and technology in Pakistan. He remarked that In Pakistan, the Orange Line train project has more funds allocated to its budget than the educational budget for the whole country. Dr. Rehman continued saying,

If Singapore’s exports are $400 billion, it is unfortunate that Pakistan’s exports are only $22 billion because Pakistan lacks in exporting technology and value-added goods.

He highlighted the need to emphasize on polishing creative minds in order to eliminate the gap in knowledge, science and technology. He said that the universities are not measured by the number of enrollments or the buildings they have, but on the basis of research work they do.

Helping The Blind to “See”

Dr. Rehman talked about providing gadgets to the blind would be able to “see” and drive vehicles and devices which can let you communicate in several languages. He also introduced nanotechnology, e-materials, and ebb materials to the audience.

He emphasized how Pakistanis need to realize the importance of science and technology for economic empowerment and encouraged young scholars to play an active role in their field to promote research culture in Pakistan.

He stressed upon the importance of developing a research culture by providing incentives to faculty members and students adding that quality should be preferred at universities rather than multiplying their numbers and ignoring the quality.

In his concluding comments, HOD-Faculty of Social Sciences, Dr Moonis Ahmar said the thirst for acquiring knowledge was non-existent among the general population of Pakistan. He prompted the young generation to concentrate on training and trying to exceed expectations in their field without squandering their time as “we cannot afford to remain poor and backward”.