The Pakistan Electronic Media Regularity Authority (PEMRA) has banned as many as seven channels from airing certain programs. The authority found these channels guilty of violating the Supreme Court as well as PEMRA’s guidelines, for which they were issued warning letters.

The list includes both local and foreign TV channels.

Programs from foreign channels such as BBC, Voice of America (VoA), and Deutsche Welle were also found in violation of guidelines put by the country’s electronic media watchdog.

Here is the complete list of channels who got warned, as well as the ‘illegal’ programs that they aired.

The channel was banned for airing “View 360” program produced by VoA and “Sairbeen” by BBC without seeking PEMRA’s permission. 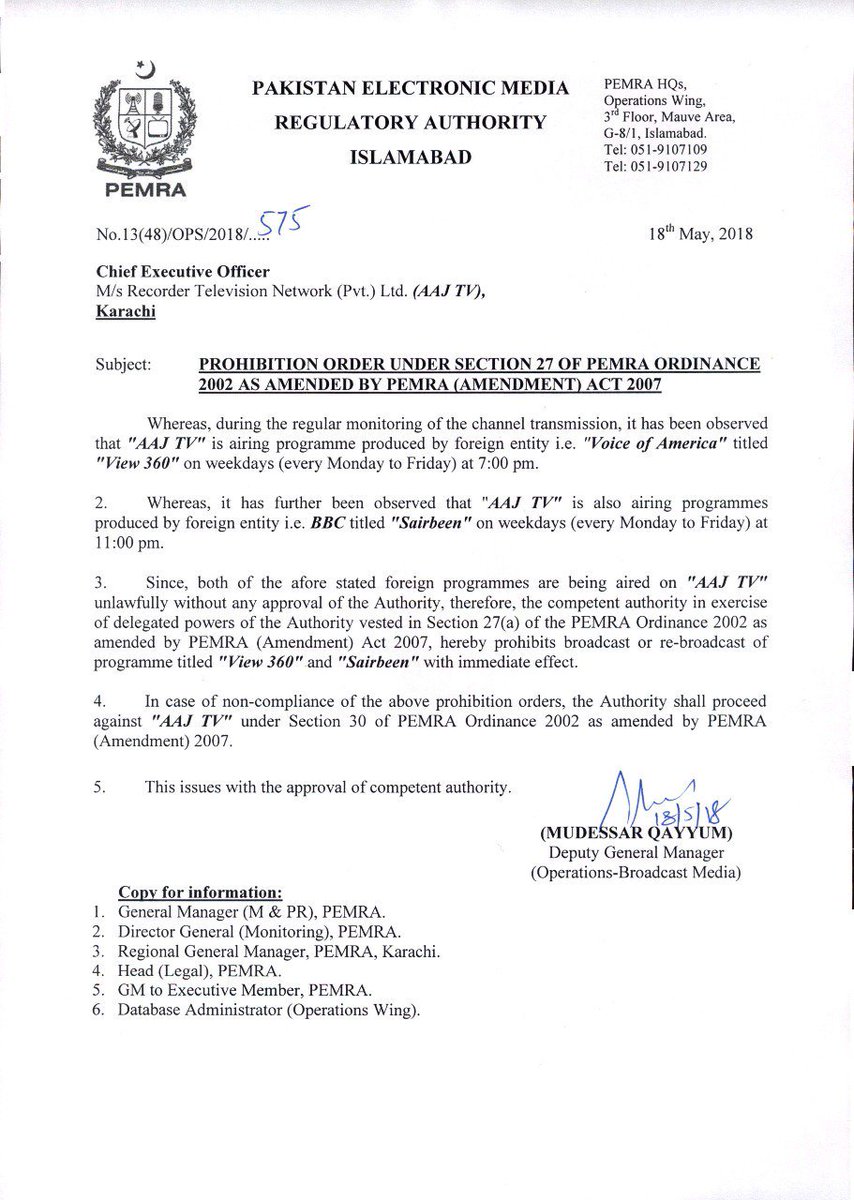 PEMRA issued Express News with a notice for airing DW Sawal program produced by the German channel DW. Here is a copy of the letter sent to the channel. 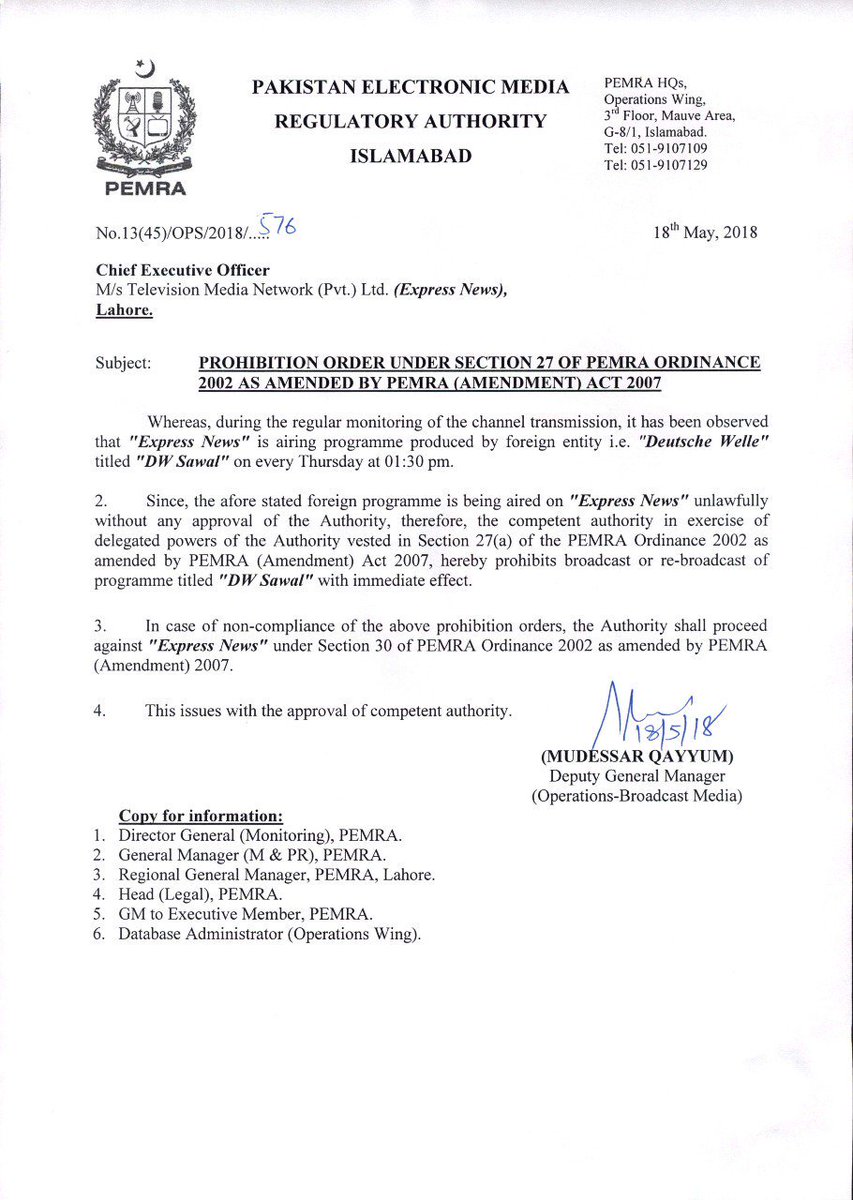 TV One was sent a show cause notice for offering Umrah tickets by “disgracing the participants in sheer disregard of their self-esteem.” 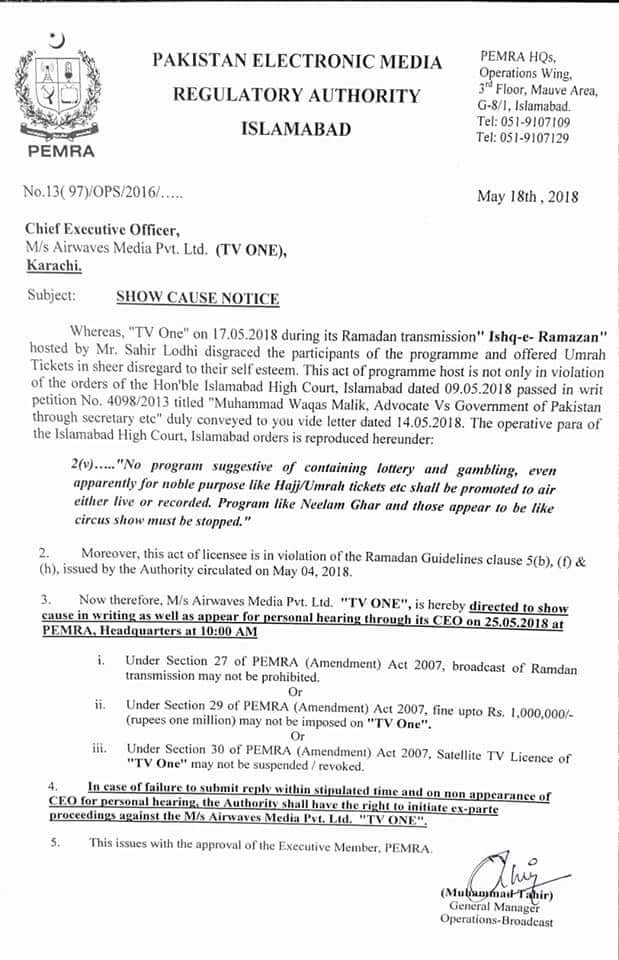 The channel was sent a letter for airing the “Games Show Aesy Chaly ga With Nabeel” program. 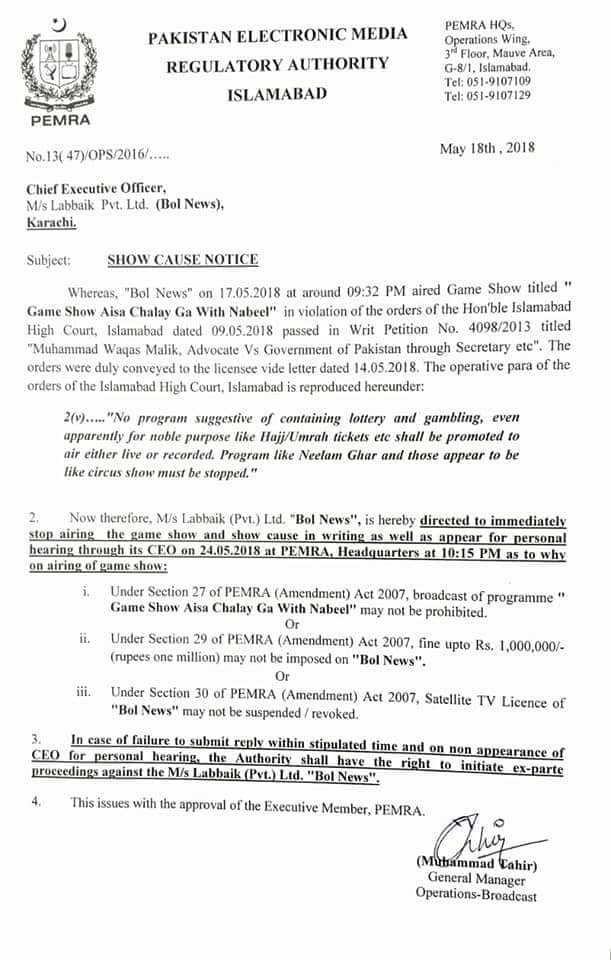 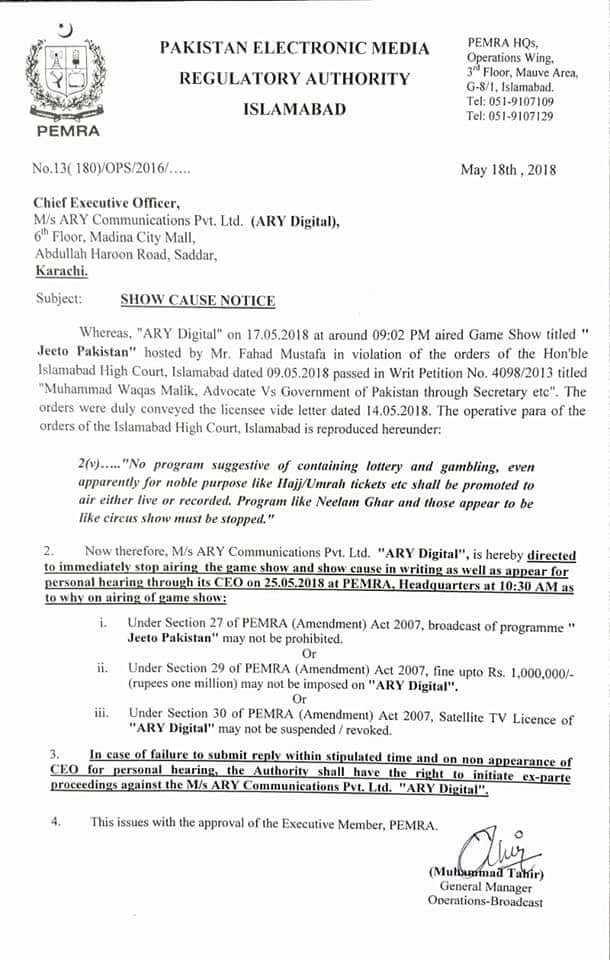 The channel was sent a show cause notice for airing an Indian drama serial “Kasam”. 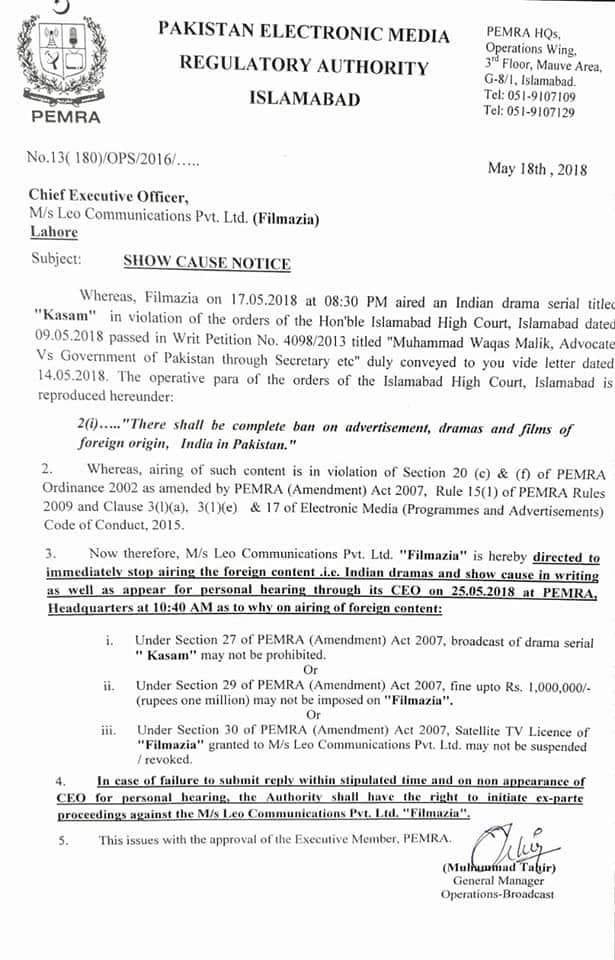 The show cause notice was sent to Geo Kahani for airing an Indian drama named “Kum Kum Bhagya”. 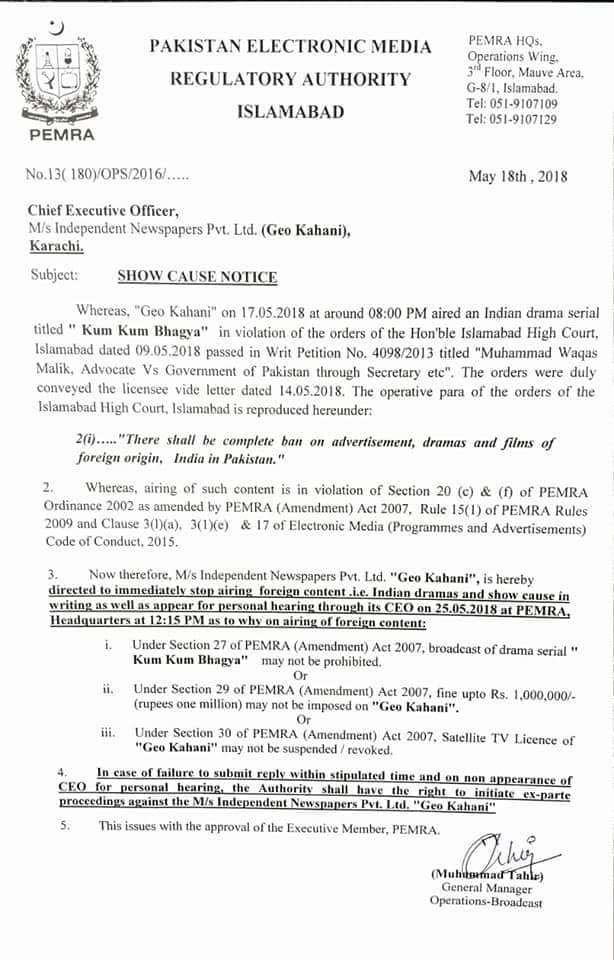