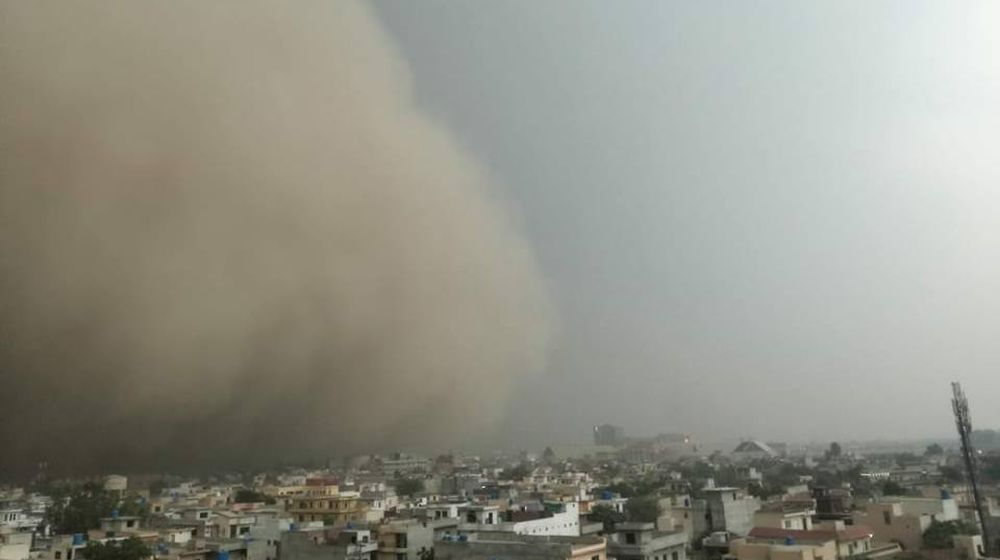 Lahore witnessed the scariest sandstorm in years yesterday and it painted a scary picture.

Many areas of the country, especially Punjab, witnessed pleasant weather conditions yesterday amidst the past few days of intense heat. Parts of the province got some respite with rains, which helped bring the temperatures down.

However, before these rains started, Punjab had to contend with a freak sandstorm across several areas, making many people go over social media with pictures and videos that depicted the sudden change of weather.

Citizens in Lahore were left stunned as a sandstorm engulfed the whole city in a matter of seconds. Heavy gusts of wind shattered windows of a few buildings in the provincial capital as well.

The city soon plunged into darkness as the power supply was cut. This happened right after the sandstorm approached the provincial metropolis before Iftar time. According to some reports, power supply in many areas of Lahore is yet to be restored.

Over at Facebook and Twitter, many people couldn’t resist sharing images of how the sandstorm took over the city in mere moments.

Take a look at some of the pictures and people’s reaction from yesterday’s sandstorm as temperatures dropped from 40°C to 24°C.

You can clearly see in this photo how the weather completely changed in just four minutes. 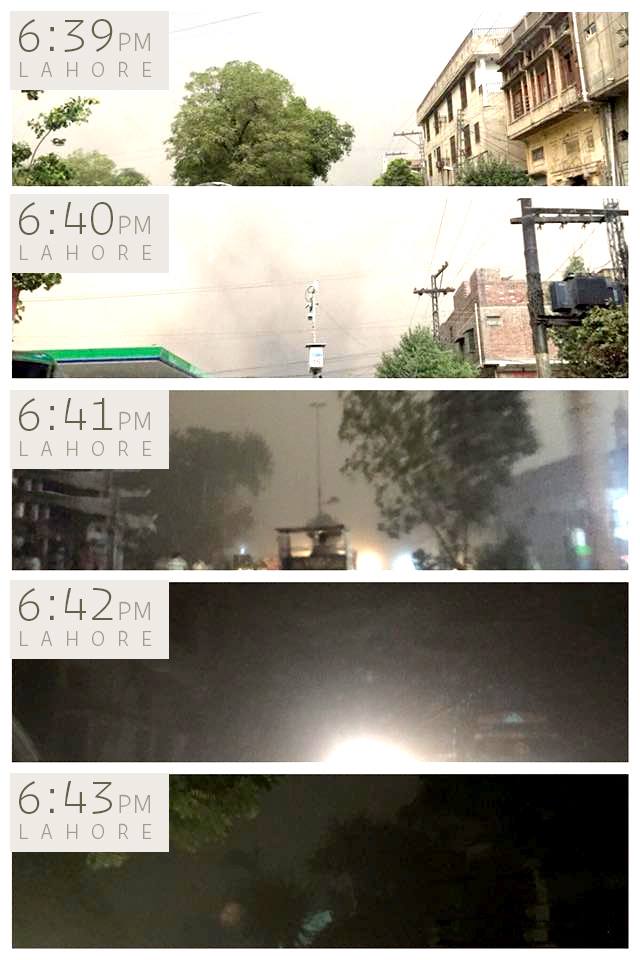 Climate change is real and this is not going to get better unless we do something about it:

I've never seen a storm like this in Lahore ever. Climate change is real! Believe it or not it will get worse and worse if we don't act now! #ClimateChangeIsReal #Lahoresandstorm pic.twitter.com/kTpE7Gve7Z

Guys this is Lahore right now
Only 7 pm but looks like midnight #Sandstorm pic.twitter.com/UI3BSyEmuZ

The visibility reached near zero at one point.

Lahore ISD Motorway during day time, this is much better view but trust me couldn’t see any thing,,, #WeatherUpdate #Sandstorm pic.twitter.com/RVIYWCFKTO

This is Lahore’s version of Interstellar.

The weather suddenly went berzerk in Lahore. I hope everyone is safe and sound. Haven't seen this sort of sandstorm in ages.
May God have mercy on all of us.

Most of us are wondering the same:

Now where did this sandstorm come from all of a sudden? #Lahore

This video accurately captures how people are seen taking shelter as the storm approaches the city.

Here are some more photos from yesterday in Lahore that show how scary the sandstorm was. 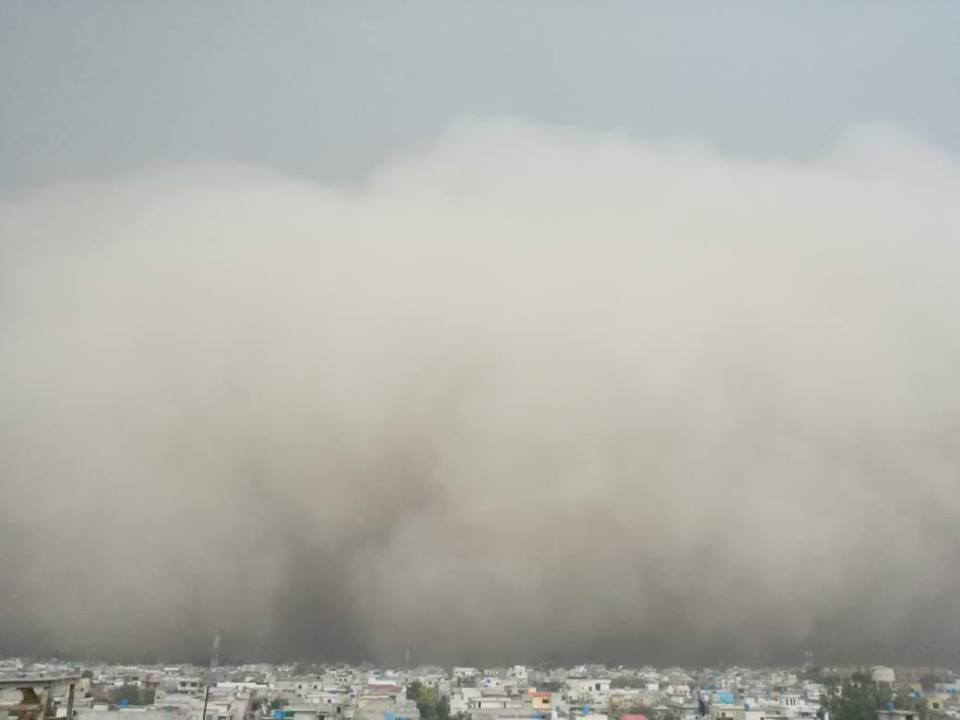 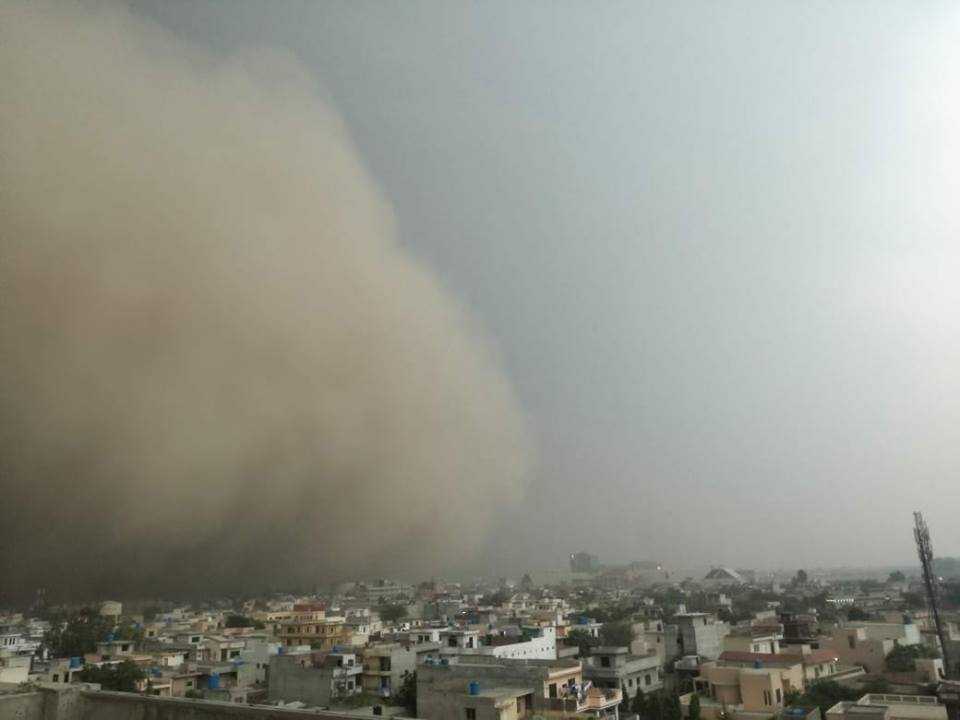 As any as 4 people, including 2 minors, lost their lives as visibility reached zero in the area.

About 17 people were reported to be injured as well. Two PIA aircraft were grounded for inspection at the Lahore Airport after the storm resulted in damage to the planes.