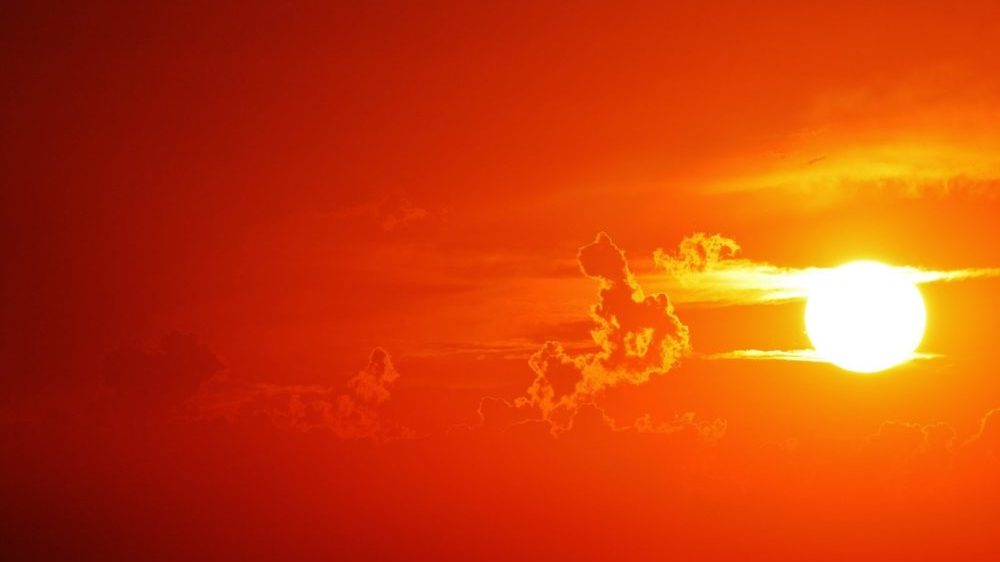 For people on the other side of the world, summer is a fun time filled activities like barbecuing, pool parties, picnics, and trips abroad. For us in the land of the pure, summer is marked by delicious mangoes, unbearable heat, – and as observed in the recent years – the Holy Month of Ramadan.

The Holy Month of Ramadan is the ninth month of the Islamic calendar. Since the traditional Islamic calendar is lunar, Ramadan occurs at different times each year with a difference of approximately fifteen days per year over a thirty-three-year cycle.

Revered with religious zeal and fervor by Muslims around the world, the month is marked by fasting from dawn to dusk with complete abstention from food and drink. It is also a time when Muslims are encouraged to do all types of good deeds, from feeding the poor to a wide range of philanthropic activities.

The grueling heat in Pakistan has been on the rise since the last decade. Heat waves, marked by periods of unusually hot and dry conditions, have become a norm for the country. These heat waves have a particularly devastating effect on the population, many of whom are fasting from dawn to dusk.

In June 2015, a massive heat wave in Pakistan’s southern areas caused the deaths of 2000 people due to dehydration resulting from heat stroke.

Pakistan witnesses some of the highest temperatures ever recorded in summer. In April this year, Nawabshah set a new record for the highest global temperature – an unearthly 50oC. Turbat has experienced record highs peaking at 53.5oC for four consecutive days.

Temperatures in the same range have become the norm in Jacobabad, Larkana, and other parts of interior Sindh. An overview of the reported temperatures at the time of writing this article shows that the mercury is above 45oC in 23 major cities.

According to the Pakistan Meteorological Department, intense heat is expected to prevail in most parts of the country. Not only that, but average temperatures will remain 1-2oC higher than average in non-mountainous regions.

While the weather will generally be dry, more rain than average is expected in the Northern parts of the country, providing some welcome relief from the heat. A handful of thunderstorms and rain associated with dust storms is expected during June.

We have already seen one example of this in Islamabad and regions of Northern Punjab on June 5th.

According to the World Meteorological Organization, a heat wave is an extreme weather event marked with a warming of the air over a large area usually lasting from a few days to a few weeks. This phenomena increases health risks and may even result in death. Moreover, heavy losses to agriculture, increased risk of wildfires, and power shortages accompany heat waves.

These Pictures Show How People Are Beating the Heat in Karachi

Heat waves occur due to high-pressure weather systems, in which air from higher altitudes is “pulled” down towards the ground. This effect causes the air to become compressed and consequently increases its temperature.

Moreover, as the air comes in contact with the ground which has already been heated up by sunlight, its temperature rises rapidly. The result is unseasonably hot weather that not only impacts people but has devastating effects on animal and plant life too.

The icing on the cake is that high-pressure systems generally tend to hang around in the same area for long periods of time, thus extending exposure to rapidly rising temperatures. Heat waves can last from several days to several weeks.

Understandably, the longer a heat wave persists, the hotter an area becomes. It is important to emphasize that the effects of heat waves differ highly between day-time and night-time.

Here are a few characteristics of heat waves: 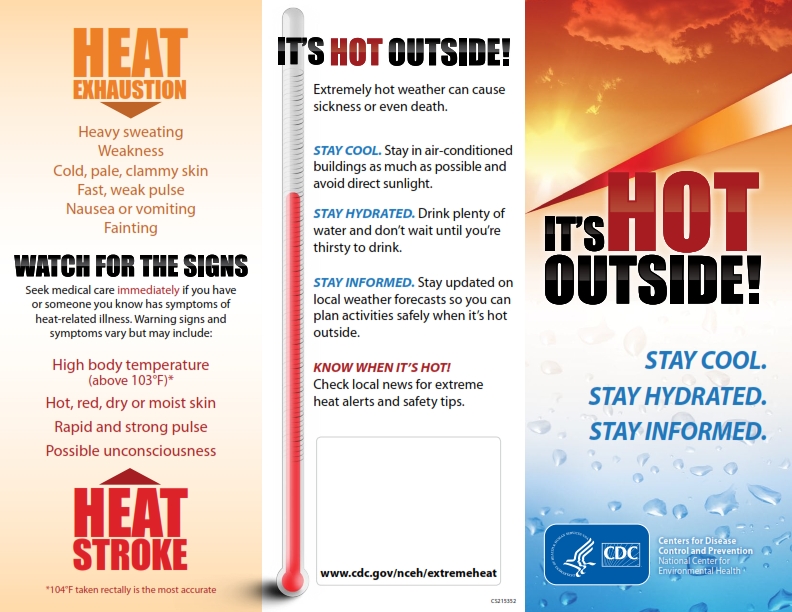 Who is Most Vulnerable

The following groups of people are most vulnerable to heat-related illnesses:

The symptoms of heat stroke include 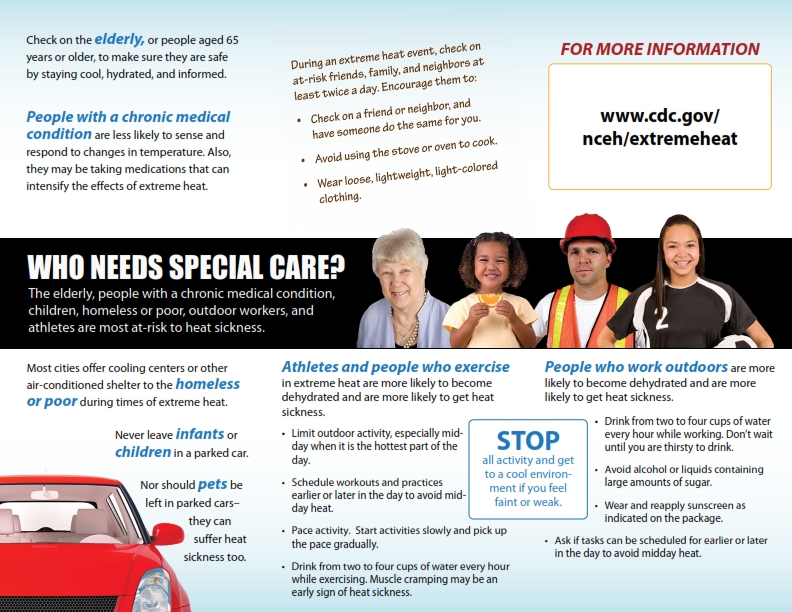 Besides heat stroke, the rising temperatures can also cause heat cramps (characterized by spasms in the legs and lower abdomen), and heat exhaustion which is indicated by fainting, vomiting, heavy sweating, weakness, and cold skin.

What to Do if You Suspect a Heat Stroke

The first priority, if a heat stroke is suspected, is to seek immediate medical care. In addition to that, the following steps are recommended to combat the effects of heat stroke:

Research indicates that heat stress during abstinence (from food and drink) is a substantial health hazard. The highest risk is posed among people who may be suffering from an illness, those who perform heavy labor and individuals exposed to direct sunlight.

At the same time, specific studies analyzing the effect of fasting conclude that there is no direct link between fasting in Ramadan and any long-term detrimental health effects. Still, it is important to be cautious during the summer when high heat poses a risk of serious illness or even death.

Close Comfort: Can This Portable AC Help You Beat the Heat This Summer? [Review]

While different religious sects have their own specific rulings with regard to breaking the fast, there is a general consensus that in cases of necessity, In Sha Allah, it is okay to break your fast. Most scholars also agree that it is always preferable to complete the fast if possible, and in cases where the fast is broken due to illness, it must be made for after Ramadan.

In this regard, the following references from the Quran are mentioned below:

“Allah burdens not a person beyond his scope” [Surah Al Baqarah 2:286]

A Hadith from the Prophet (Peace and Blessings of Allah Upon Him) said:

It is crucial to point out that this is not a free pass for not fasting; there is obligatory expiation for anyone who intentionally breaks their fast, unless the cause is a serious illness that may be made worse by fasting, there is an immediate risk to health or life, or intense hardship will be caused.

Islamic scholars maintain that for a fast broken without justification, one must fast for 60 consecutive days or feed 60 poor people. In case you or someone you know has to break the fast due to a serious illness, it is recommended to seek the advice of a qualified mufti or alim in your area.

During the 2015 heat wave that swept across Karachi, ulema from various schools of thought unanimously issued fatwas that allowed people with medical conditions to abstain from fasting, and people affected by heat-related conditions to break their fast.

If an expert doctor says that your life is threatened due to the heat, or some condition you may have is going to get worse because of fasting, then you can forgo the daily fast. This (fasting) is conditional on your medical condition and how you react to the heat, not a free-for-all. When life is threatened, when our body needs sustenance, then even Shariat allows us to eat pork – so if you’re diabetic or dehydrated medically, you don’t have to fast.

Other religious scholars including Tahir Ashrafi also echoed these sentiments.

How to Avoid Heat Stroke

Prevention is better than cure, and here are some ways you can avoid heat stroke and other heat-related health issues: