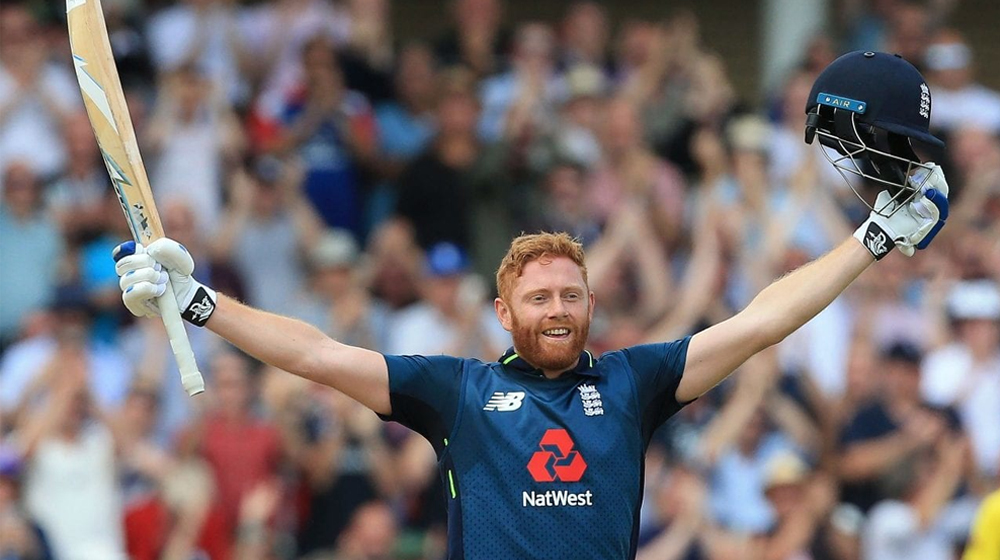 England has piled more misery on its opponents, Australia, in the third one-day international of the series after registering the highest total in the history of the format.

The hosts scored 481 for 6 in 50 overs, surpassing their own previous record of 444 for 3 which was set against Pakistan also at Trent Bridge back in 2016.

Alex Hales and Jonny Bairstow both hit centuries — 147 and 139 respectively — as England were on their way to score 500 at one point.

Hales and Bairstow both faced 92 deliveries each to display their brilliance whereas skipper Eoin Morgan came low down the order to give England the last boost. The skipper scored a rapid 67, which saw him become the leading scorer in ODI history.

Pakistan’s ODI Ranking Improves to No. 5 in the World

Morgan made his half-century from just 21 deliveries, fastest by an Englishman in ODI format. Here’s how Morgan’s record ranks against his countrymen:

In response, Australia crumbled in 39 overs and only managed to post 239 on the board as Adil Rashid took 4 for 47.

Here are all the records England broke after hitting the highest ODI score in the history of the game:

The highlights are attached below for the game:

Highlights via England and Wales Cricket Board