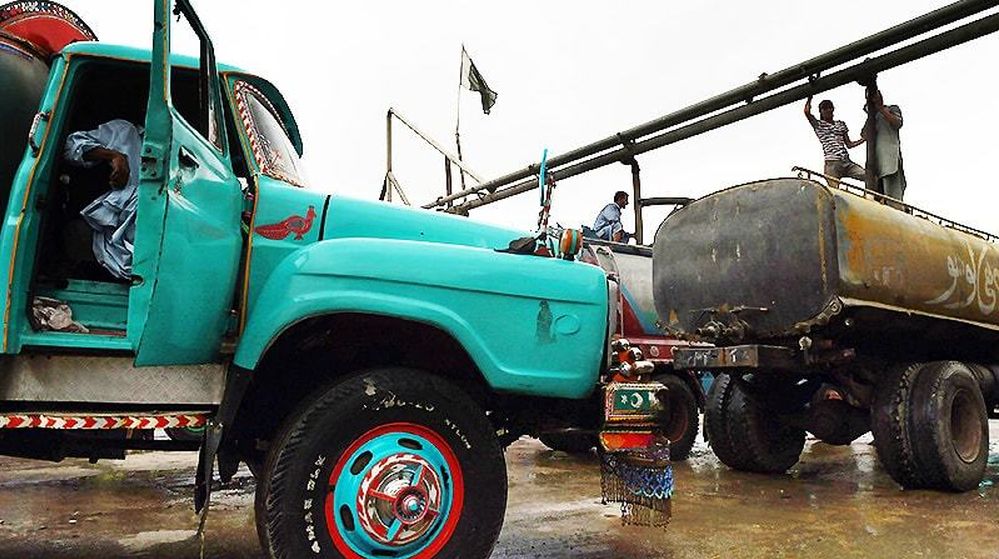 Pakistan’s water shortage issue has raised serious concerns for the common man. However, if there’s benefit for any party in this situation, its the water tanker mafia.

While everyone’s wondering on how to tackle the water crisis – reports suggest that Pakistan is going to run dry by 2025 – the tanker mafias in different cities have started charging at will and the authorities are nowhere to be seen.

With private tanker mafias charging Rs 1200-1500 per tanker in different parts of Rawalpindi, citizens are forced to pay hiked prices for the water. The authorities like Cantonment Boards and Water and Sanitation Authority (WASA) have failed to meet the water needs of the residents which has allowed tanker mafias to take control of the situation and make hay while the sun shines.

This has led to a countrywide retaliation by the locals, who have resorted to taking matters into their own hands.

In a recent video that surfaced over the social media, people of Karachi can be seen emptying water tankers on the road in a bid to protest their exploitation at the hands of private tanker mafias.

Is This The Right Way to Protest?

Though many can empathize with the common man’s situation when it comes to the water shortage, people should be mindful of how they protest against injustice. The way we are protesting against tanker mafias, especially when our country is facing severe water shortage, by wasting this most precious resource on the roads, needs to be reevaluated.

It is precisely times like these that citizens need to get together and explore the legal route to counter exploitative groups. The government also needs to regulate prices and keep a check on the operations of such groups.

Earlier, the Chief Justice of Pakistan (CJP), Justice Saqib Nisar promised Karachi residents to rid them of the tanker mafias while hearing a case related to the water crisis in Supreme Court’s Karachi registry on Thursday. He further vowed that the court itself will monitor the government’s performance in terms of the access to clean drinking water while bashing the authorities for the deplorable state of water and sanitation in the city.