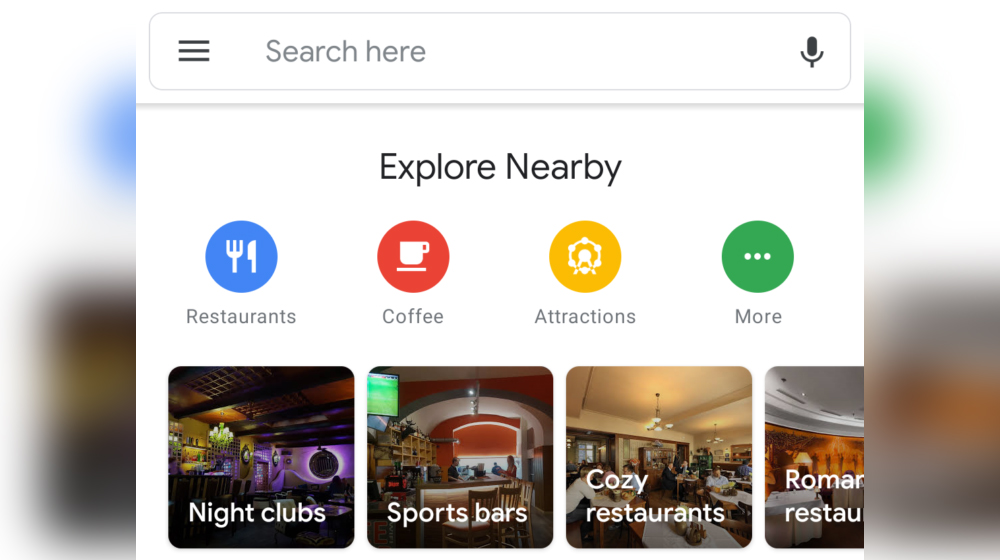 New material design, some new features, and an improved interface.

Google Maps, probably the most popular navigation app, just received a new update that comes with visual design changes and some extra features as well.

In order to streamline the Android operating system and all of Google apps, the company went for a material design for its navigation app with a cleaner, well-rounded interface and a newer font. Aside from aesthetic changes, the new interface has also been improved for ease-of-use and practicality.

Google is Adding DRM to Apps on the Play Store

The new “Explore” tab now displays all of its options in a horizontal scroll-able interface, and further shows more categories or sub-categories depending on the selected option. It makes it easier to find places on-the-go, as you can delve deeper and look for kind of place you want to visit.

Additionally, it now comes with its own event planner, that sorts out all nearby events based on distance and timing. The new version (Maps 9.80.2) is rolling out to most users, especially those who have devices running Android 7.1 Nougat or higher, so you might soon get an update too if you still haven’t.

Google Rolls Out Its iMessage Competitor for Web

Google might take some time to roll out the new design, as some devices still have the old interface despite having the latest version of Google Maps.

If it still does not automatically start downloading, you can always visit Maps’ Play Store page to check for updates, and also manually download the new version by hitting the “update” button.