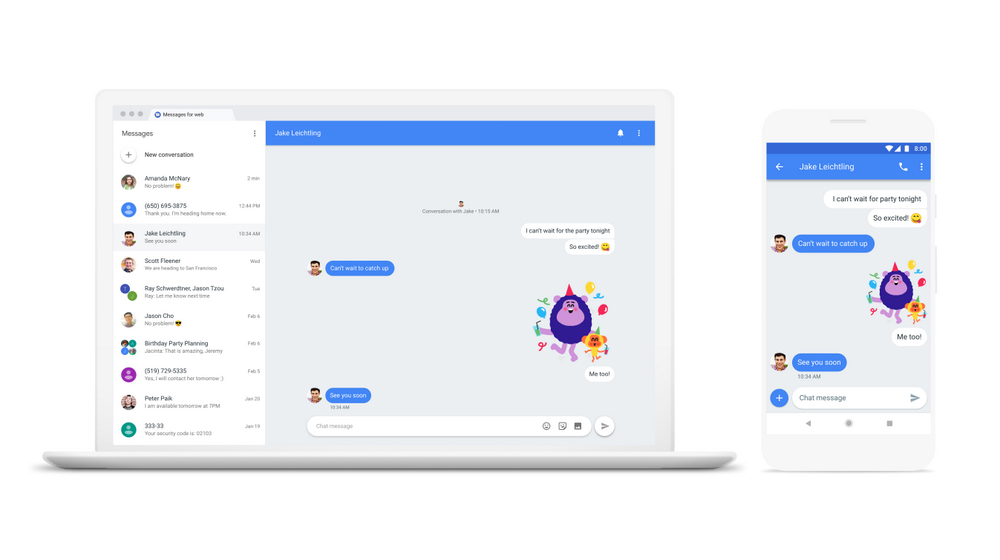 Google has already shifted focus to its Messages platform. Instead of going for a trendy instant-messaging app this time, the company is looking to improve its good old text messaging.

Google Allo started out as a decent messaging app but got “paused” as it failed to gain popularity. As part of its efforts to revive text messaging, Google has now announced that it’s rolling out Messages for the web today for most audiences – the new feature’s rollout is expected to complete by next week.

Android’s native messaging app will soon work on your PC or any other devices through a web browser, it will come with a host of modern features such as media sharing, smart replies, and real-time chatting in order to bring a reliable messaging service similar to iMessage for Android users.

It works similar to WhatsApp Web, it allows users cross-platform access to their text messages so that they can view or respond to chats even when they are not using their phones. Apple’s iMessage already has this feature but works via a dedicated app for a Mac computer.

Google’s iteration works similar to WhatsApp Web, meaning users will have to simply scan a QR code on Message’s website using their phone’s camera in order to synchronize chats between the devices. Moreover, it will allow users to send emojis, stickers, and much more.

Additionally, the Message app is getting another feature to easily copy two-factor authentication codes and paste them within a particular app with ease. It allows users to copy and paste codes without having to do it manually and makes the process faster.

Google Message comes by default in a stock Android phone, companies such as Samsung and Huawei add their own proprietary messaging apps so you might not be able to use these features unless you manually download Google’s Messaging app.