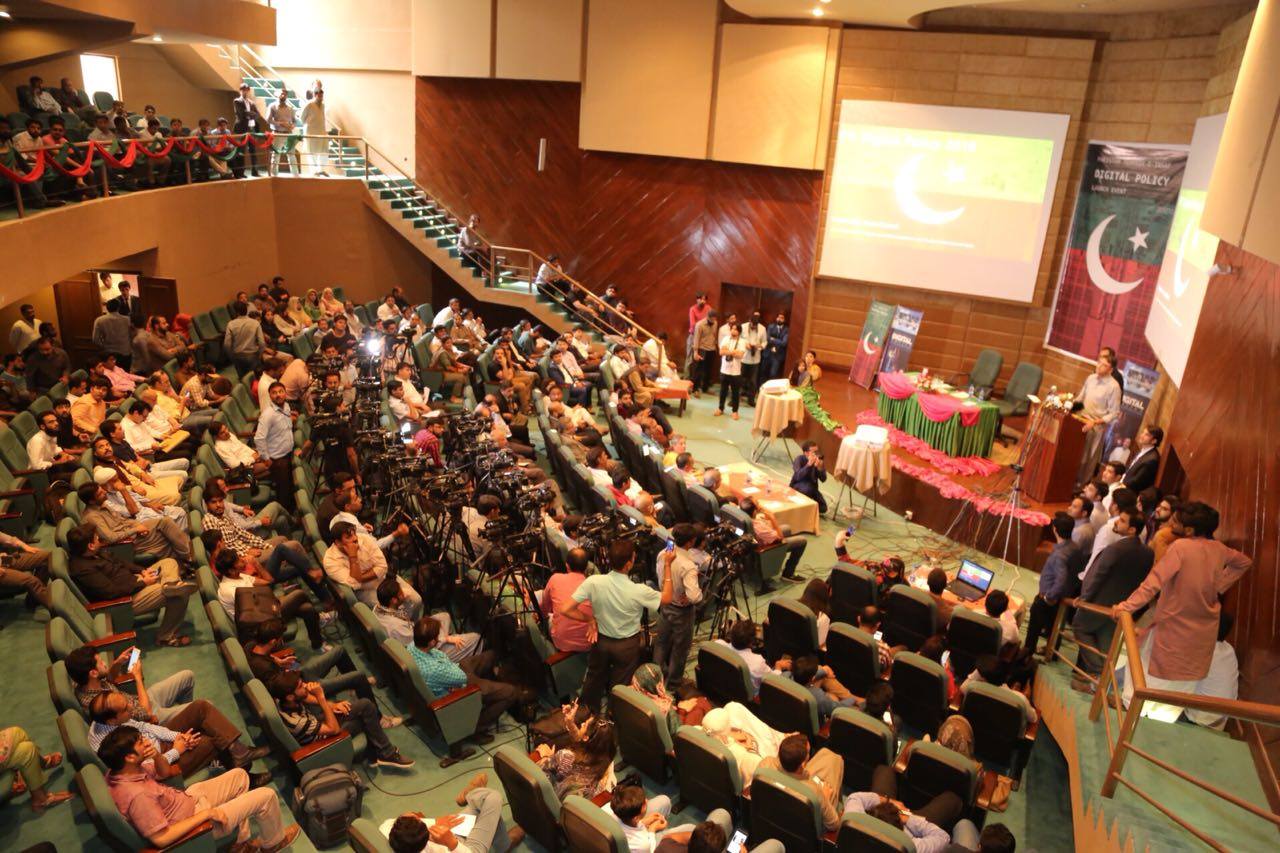 Pakistan Tehreek-e-Insaf (PTI) launched its official Digital Policy in Islamabad earlier today, with a vision to “transform Pakistan into a knowledge economy making IT the top contributor to Pakistan’s exports and job creation”.

Syed Ahmad, the former chairperson of [email protected] and CEO of DPL IT, presented the Policy and stated that a revised version would be finalized and made available before the elections.

In a video message, Imran Khan said that PTI would leverage technology to create jobs, increase exports and curb corruption. The party has set an ambitious target of increasing Pakistan’s IT exports to $10 billion over the next 5 years.

PTI is aiming to transform Pakistan into a knowledge economy by investing in human capital. Asad Umar was vocal about the government playing the role of a facilitator which enables the private sector rather than competes with it. That’s reflected in the guiding principles behind the Digital Policy as well, which are listed below.

The driving force behind PTI’s Digital Policy will be a centralized Knowledge Economy Authority.

The Authority will be headed by a CIO with equivalent powers to a Minister of Pakistan and the position will be patronized by the Prime Minister.

The organization will possess statutory powers for procurement, policies, and regulations.

The governing council for the Authority will include government and industry stakeholders and they’ll ensure that the Ministries, Provinces, and Departments across all provinces conform with the National Digital Strategy.

Main Areas of Focus in the National Digital Strategy

To boost the IT industry of the country, PTI is going to focus on the following areas:

PTI plans to initiate projects worth $2 billion under a National Digital Transformation Initiative.

The projects will focus on reducing corruption, providing services to citizens and creating and enhancing the capacity of the industry. A public-private partnership model will be employed to execute government projects.

E-government is going to be a core focus of the PTI and the model will be used to increase transparency. An open government data policy will be in effect to allow citizens to audit the government’s performance.

As with any project that aims to increase digitalization, focus will be placed on data privacy. In addition, projects and policies will be launched to increase Pakistan’s cyber security capacity.

PTI has pledged to give 50,000 graduate scholarships to students from government colleges. The party will aim to increase the number of market-ready IT graduates to 100,000 per year.

Continuing the emphasis on developing human capital, 120 new campuses of tier-1 universities will be established,

Mathematics and Science certifications will be introduced for secondary school teachers with salary incentives to improve the standards of teaching and impart modern education.

Professional training support programs will be launched according to industry needs and trends as well.

A global campaign will be launched to showcase Pakistan as a business and tourist-friendly destination. The expat community will be given leadership to position Pakistan in a better manner abroad.

Pakistani embassies will be provided with economic Key Performance Indicators (KPIs) while the staff including bureaucrats will be offered training.

There will be an emphasis on market access in bilateral trade talks for green passports.

The 1st year will see the establishment of Special Economic Zones. 5 major tech clusters will be established across Pakistan with a total office space of 25 million sq ft. In addition, 50,000 seats call center space will be made available on a flexible turnkey basis.

Emphasis will be laid on entrepreneurial culture and innovation ecosystem by organizing e-government hackathons, introducing city as a lab initiatives, tax benefits for startups, investor-friendly policies,  sales tax rationalization to 5% and incentives to solve local problems.

Proper IP and copyrights courts will be established for the first time in Pakistan under the Digital Policy.

E-commerce stores, other marketplaces and digital platforms will get favorable policies and PTI will focus on transforming Pakistan into a cashless society by boosting mobile payments.