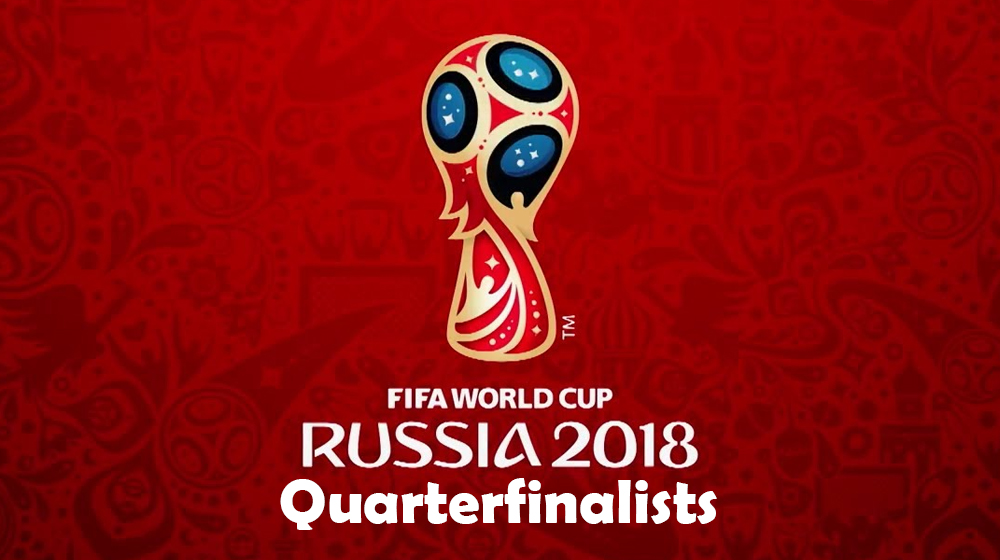 FIFA World Cup 2018 is being argued as the best World Cup of all-time and rightly so. With World Champions Germany already kicked out in the league stage, the knockouts stage of the event has proved to be special by all standards and three possible semi-finalists – Argentina, Spain and Portugal – have been knocked out of the tournament.

The Round of 16 came to a breathless finish as England became the last team to qualify for the quarter-finals after beating Colombia on penalties. This was England’s first ever penalty shootout win in the history of the competition.

The teams which have qualified for the quarter-finals include the following:

The fixtures, timings and highlights of each team in the previous teams are as below:

France’s qualification came after a thrilling victory of 4-3 over Argentina in the Round of 16. The star performer of the match, Kylian Mbappe, delivered on the biggest stage and has become a force to be reckoned with.

Uruguay dismantled Portugal in the Round of 16 to qualify for the next stage of the World Cup and the star of the match was Edinson Cavani who picked up a brace and crumbled all dreams and hopes for Ronaldo and his team.

Tournament favorites, Brazil, earned their place in the last 8 with a 2-0 win over Mexico. Neymar opened Brazil’s goalscoring account in the game and helped create the second goal.

Seemingly an easy task, Belgium met Japan in Round of 16. The Japanese showed great composure to withstand a flow of attacks from Belgium and hit them on counter to go 2-0 up. However, the luck was with Belgium as they came back to overturn the deficit and win the game 3-2 in dying moments of the match.

Sweden faced Switzerland and required a deflected shot from Emil Forsberg to break the deadlock and win the game 1-0. According to polls, Sweden is the weakest team in the quarter-finals. However, this World Cup has already delivered several upsets so you never know.

In the game between England and Colombia, the English took the lead via captain and star-striker, Harry Kane. It seemed as if England were on their way to the last 8 after 14 years, Colombia equalized in added time of normal play through Yerry Mina. The teams went on to a penalty shootout after the score remained 1-1 after extra-time. England went through on penalties.

The World Cup hosts, Russia, have arguably been the most surprising team to have qualified for the quarter-finals. They met Spain the Round of 16 and delivered the biggest upset of the tournament. The game was tied at 1-1 and the hosts went on to win on penalties.

The game between Denmark and Croatia started with a bang with the former taking the lead in the 1st minute of the game. Croatia equalized after 4 minutes and the score remained 1-1 till the end of the game. Luka Modric had an incredible chance to win the game after Croatia were awarded a penalty. However, he missed and the game went on to penalties where Croatia knocked Denmark out.

The winner of Uruguay-France will face the winner of Brazil-Belgium in the first semi-final on Tuesday, July 10.

The winner of Sweden-England will play the winner of Russia-Croatia on Wednesday, July 11.