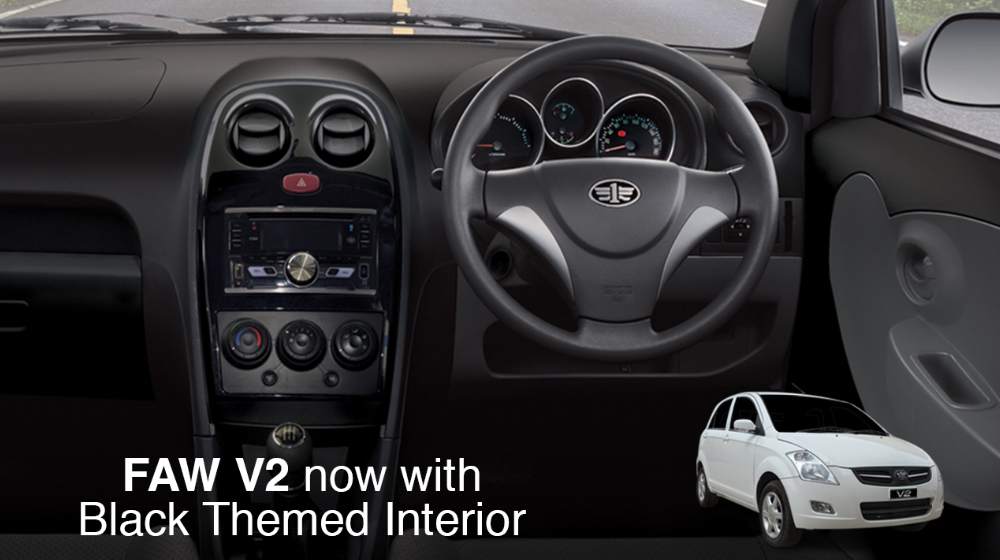 Latest design changes that include a new interior theme.

The latest design is now available for newer V2 models, and comes at no extra cost. This time, the central console and pretty much the entire dash board has a dark black colored theme with touches of silver and grey.

Same goes for the seating upholstery, that has a similar grey-black combination to suit the rest of the components. V2’s previous interior had a different, more lighter theme with a grey-silver finish.

You can compare the two interiors below:

V2 has proven to be a great hatchback but at the same time lacked in interior quality and somewhat dated components. The new update actually looks good, and should give a more roomy experience.

Also, its pertinent to mention that Al-Haj FAW recently increase prices for all of its lineup, including the V2. It was the company’s fourth price hike since January this year. Surely, in times of rising prices, FAW should bring some design and feature changes to keep the V2 relevant this year.

FAW V2 comes with some decent safety features such as dual airbags, ABS, and EBD, but also comes at a rather hefty price of Rs. 1,204,000 (a Rs. 25,000 increase after the recent price change) to compete with Suzuki’s Cultus and Swift models.

FAW will also need to compete with new brands in the future, so its about time the Chinese automaker did something new.

So, what do you think of the new interior? Which one is better – grey or black?