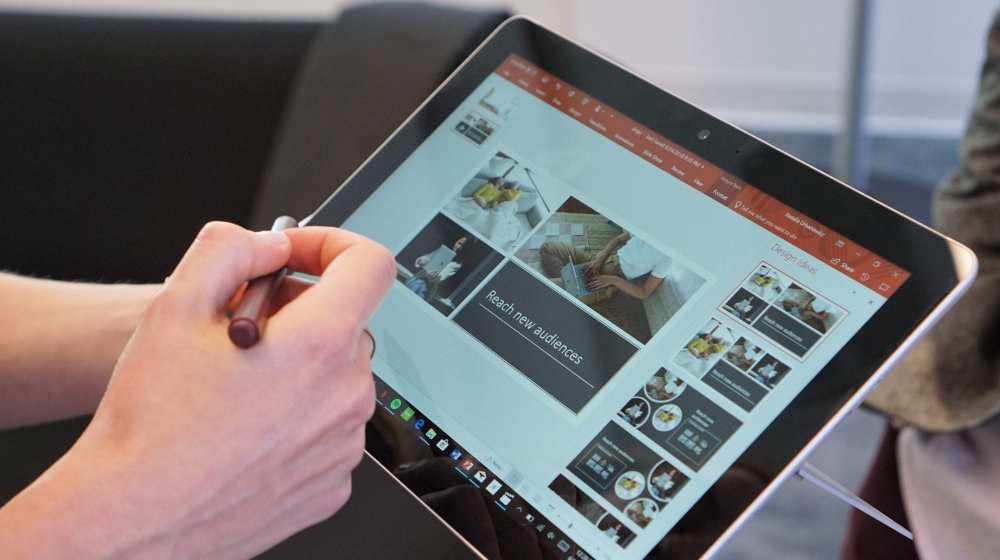 Microsoft has returned to the tablet scene with its much-anticipated Surface Go – the smallest Surface tablet yet that comes with light-weight parts and entry-level specifications.

It’s more like a smaller, budget-oriented Surface Pro, and even uses similar design elements that remind you of its predecessors. Surface Go has a 10-inch display, comes with Windows 10 pre-installed, and is much cheaper than its high-end sibling Surface Pro.

Some of its specifications were already leaked when the Go appeared in an FCC listing. Most of those details were spot-on, but now we have official figures as well. 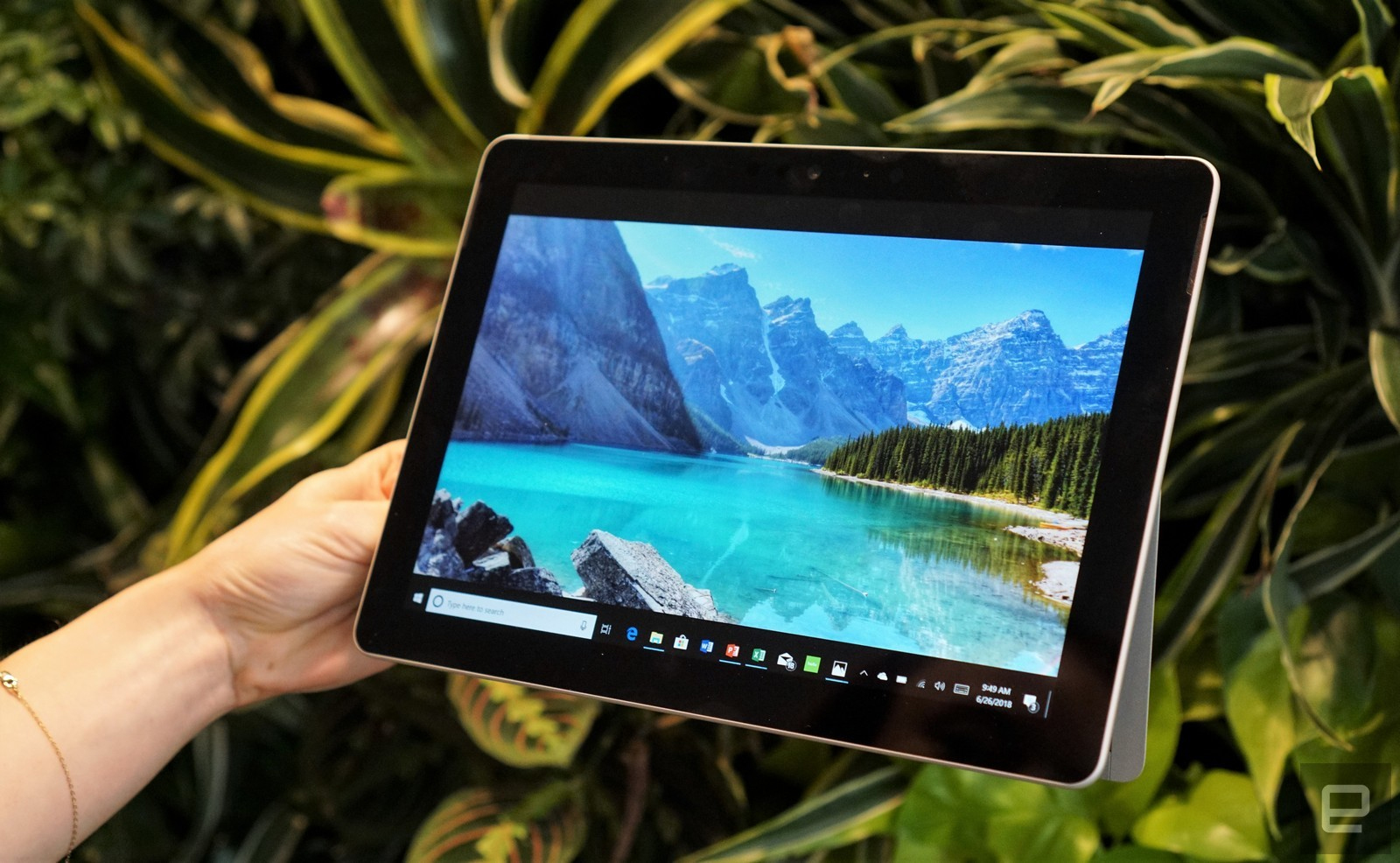 These days, design trends have moved more towards trimmed bezels and shiny builds. But Microsoft doesn’t seem to be changing its design philosophy one bit, as the Go looks pretty much the same as the Surface Pro, only smaller.

According to the company, larger bezels on a tablet make it more ergonomic, and easy to hold. Surface Go weighs about 520 grams, is 8.9 mm thin, and is much more compact than the cheap iPad iteration.

Its display is a 10-inch unit with a 3:2 aspect ratio (slightly taller than 16:9). The panel sports a display resolution of 1800 x 1200 pixels, and is pretty easy to use for both creative work and watching videos. There’s a built-in kickstand too, which can be opened up by 165 degrees.

As rumored earlier, it’s going to come with Intel’s dual-core Pentium Gold 4415Y processors with RAM options of either 4 or 8 GB RAM. Surely, you can top-up the bundle by getting more storage and RAM. The reason Microsoft picked the 7th-gen Intel Pentium processor, is because of its well-rounded balance of power, efficiency, and thermal properties for the tablet’s fan-less body.

Coming from Microsoft, the Surface Go runs the company’s Windows 10 operating system, which is quite optimized for the low-resource hardware. It will ship with Windows 10 S for regular consumers, and Windows 10 Pro for commercial users. Of course, you can switch easily to the standard Windows 10.

There’s a front-facing camera too that can be used to login to the Surface Go through facial recognition. Also, it’s also going to be the first tablet to come with a USB 3.1 Type-C connector, for charging and for transferring files, and also has a Microsoft proprietary Surface Connector port for docking, charging, and connecting to a Windows PC.

By paying an extra $99, you can get a premium keyboard, called Type Cover, that has been redesigned exclusively for the smaller Surface Go. And there’s also a more expensive option, called the Alcantara keyboard, that has a cloth-like material and is sold with the Surface Pro and Surface Laptop lineups. 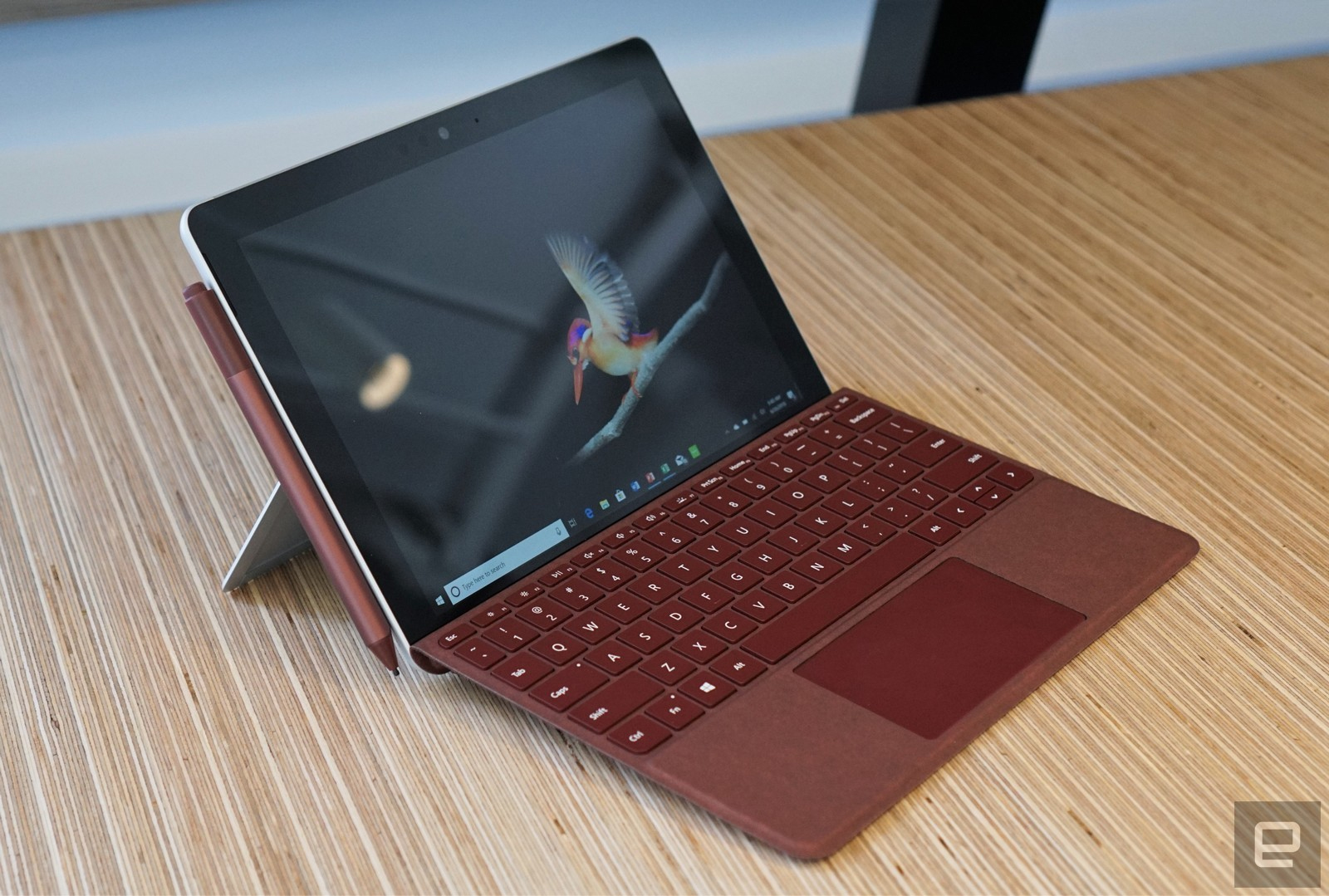 For your creative needs, you can add to the bundle by getting a $99 Surface Pen, as well as a $35 Surface Mobile Mouse. All of the extra accessories are sold separately.

Microsoft says that the Pentium Gold processor configuration is quite efficient, and lets the Surface Go last easily throughout the day. The company says that it has up to nine hours of battery life.

As for the price, it’s highly customizable depending on the options and peripherals you want to avail, though it starts at just $399 (4GB RAM/64 GB SSD). If you wish to get more storage and RAM, you’ll have to pay $549 instead for the 8 GB RAM and 256 GB SSD variant.