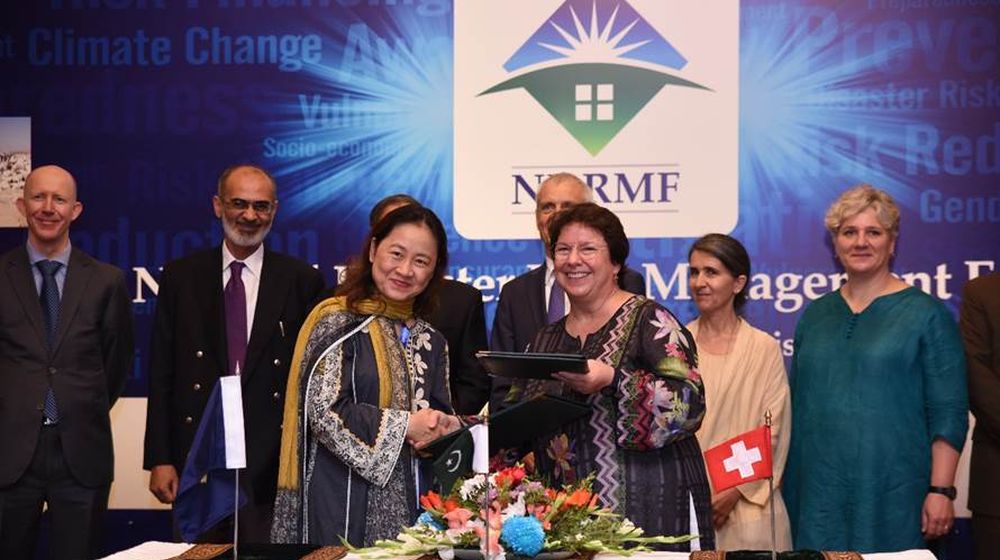 The Embassy of Switzerland in Pakistan and the Asian Development Bank (ADB) signed an agreement today to support the National Disaster Risk Management Fund (NDRMF), recently established by the Government of Pakistan to finance investments in disaster risk reduction and preparedness that have a high economic impact.

Under this agreement, the Swiss Agency for Development and Cooperation (SDC) will provide 1.5 million Swiss francs (equivalent to $1.5 million) to the fund. In addition, the SDC will also provide technical assistance to the fund through the secondment of a Disaster Risk Finance Specialist.

ADB has been working with the Government of Pakistan and other development partners to develop a financing window to reduce disasters risks and increase the capacity of the government to deal with future challenges. The efforts resulted in the establishment of the multi-donor NDRMF with an initial contribution of $200 million to reduce socioeconomic and fiscal vulnerability to natural hazards.

Pakistan remains a disaster-prone country with frequent floods and other disasters caused by climate change. In the last 15 years, Pakistan lost 85,000 people, including more than 26,000 children, and suffered substantial economic losses due to various disasters. The government, as well as the affected people, had limited capacity and resources to recover, resulting in disproportionate compensations to affected individuals. NDRMF was established to close the gap not only in the aftermath of disasters but also make investments in projects meant to mitigate disaster risks.

NDRMF is a non-profit company incorporated with the Securities and Exchange Commission of Pakistan under Section 42 of the Companies Ordinance 1984. It is a government-owned non-banking financial intermediary with a corporate structure. The initial financing of the fund was made through an ADB loan to the Government of Pakistan, equivalent to $200 million, and a $3.4 million grant from the Government of Australia. The fund will finance up to 70% of the cost of eligible projects that will enhance Pakistan’s resilience to extreme weather events and other natural hazards.

Switzerland has been working closely with disaster management authorities at the national, Khyber Pakhtunkhwa, and former FATA levels to prevent disasters in Pakistan’s most vulnerable areas. A successful example is a project in Chail Valley in District Swat where, after the flood of 2010, local people were involved to build stonewalls, stabilize slopes through the plantation, using rocks or timber to reduce the risk of disasters in their area. The intervention was highly effective in mitigating the impact of extreme weather events on local communities that the SDC, on request of the Government of Pakistan, is supporting the replication of this model in Bajaur, Mohmand, and Orakzai Districts in collaboration with Fata Disaster Management Authority (FDMA), WFP, and HUJRA.