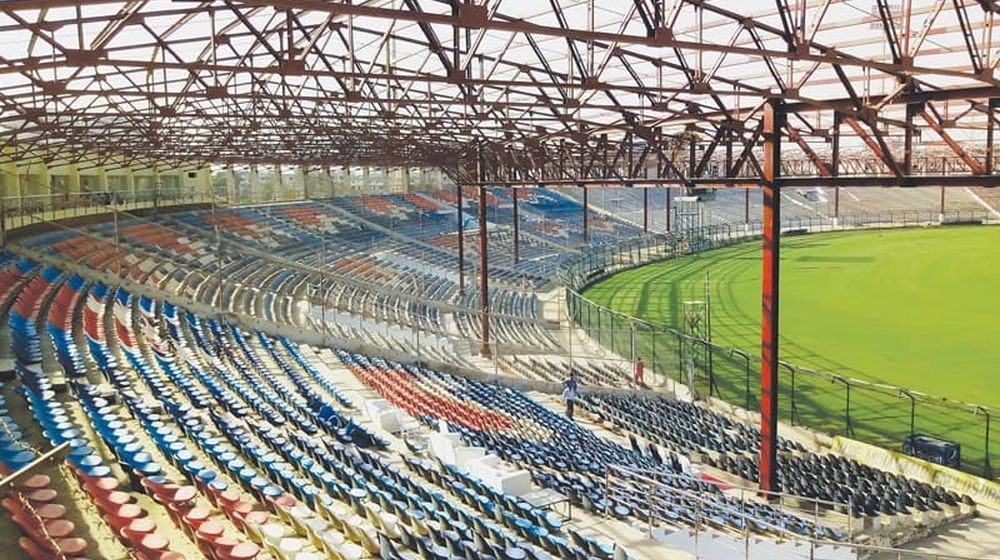 The second phase of the redesign of National Stadium Karachi is underway.

National Stadium Karachi is getting a new look as Rs 1 billion have been allocated for its revamping.

Several official enclosures, including the media and officials’ boxes have been taken down for the redesign. The work on the first phase of renovation was started after the final of the Pakistan Super League 3. It was completed before the start of the three-match T20 series with West Indies which ended 3-0 in Pakistan’s favor.

Work was again stopped during the second phase when the series went underway. It has now been resumed again.

International Cricket Comes Back to Karachi [In Pictures]

Aslam Bhutto of National Engineering Services Pakistan (NESPAK) explained what renovations will be done in the second phase. He said:

The chairman boxes and the roof of the third floor in the pavilion building have been demolished and are now being constructed from scratch. The Chairman Box ‘A’ and ‘B’ have been merged into one while new chairs will also be placed in the stands. The entire venue will have world-class level facilities after the work is completed.

He continued saying that roof material will be imported from Germany.

A German company will provide the materials for the roof and send them to Pakistan in mid-August after which the installation of the roof will commence.

The stadium recently hosted the international match for the first time since 2009 as Pakistan whitewashed West Indian team.