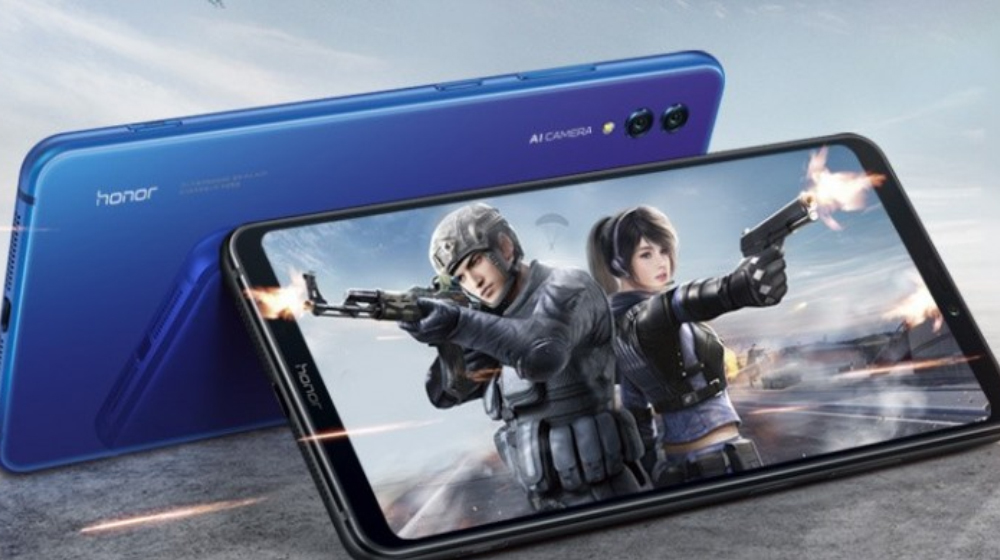 The Honor Note 10 has finally made its official debut and comes with a phablet-sized footprint with a 7-inch display.

It comes with decent high end specifications and rivals flagships with its high price tag.

As mentioned earlier, Honor Note 10 is a giant phablet and has similar internals to most flagships launched recently. The design resembles most Honor phones launched in recent times.

It has the same shiny, and a bit boxy outer body with trimmed bezels this time. The frame is made out of metal, while the outer body is all glass. The fingerprint sensor is rear-mounted.

The display is a gigantic 6.95-inch AMOLED panel at FHD+ (1080 x 2220) resolution. There’s no notch, so that’s a plus, for some. The display technology is similar to Samsung phones, and it also supports HDR10 with 115% NTSC color garmut coverage.

Inside the covers, you get a Huawei-made Kirin 970 chipset (it was launched against the Snapdragon 835 in 2017). The chipset was launched along Huawei’s previous flagships, but it’s still among some of the best smartphone chipsets these days. RAM comes in either 6 or 8 GB sizes.

The Honor Note 10 gets a dual-cam set up on the rear powered by the same AI goodness for easy professional-looking shots.

The primary sensor on the rear sports 16 MP resolution at an aperture size of f/1.8. Meanwhile, the accompanying sensor takes B/W photos for low-light and manages up to 24 MP photos. It also has an aperture of f/1.8, with gyro-EIS for stability, and can shoot up to 4K videos.

The front camera also has AI beautification and blur features. It can take 13 MP selfies at f/2.0 aperture. This camera, however, can only shoot up to 1080p videos.

The software is Android 8.1 Oreo out of the box, running Huawei’s proprietary EMUI 8.2 on top. Honor Note 10 also supports the company’s recently-launched GPU Turbo technology, that smooths out gaming and improves overall framerate without compromising battery life. It has a dedicated hardware button, which can be pushed to trigger the GPU Turbo technology.

The same button can also be used as a camera shutter.

Much like Xiaomi’s Mi Max 3, Honor Note 10 houses a gigantic 5,000 mAh battery. It also supports Huawei’s Super Charge technology so it won’t be a problem charging it up. Color options are Midnight Black and Phantom Blue.

It will start shipping on August 31, however, it’s already available for pre-order within China.