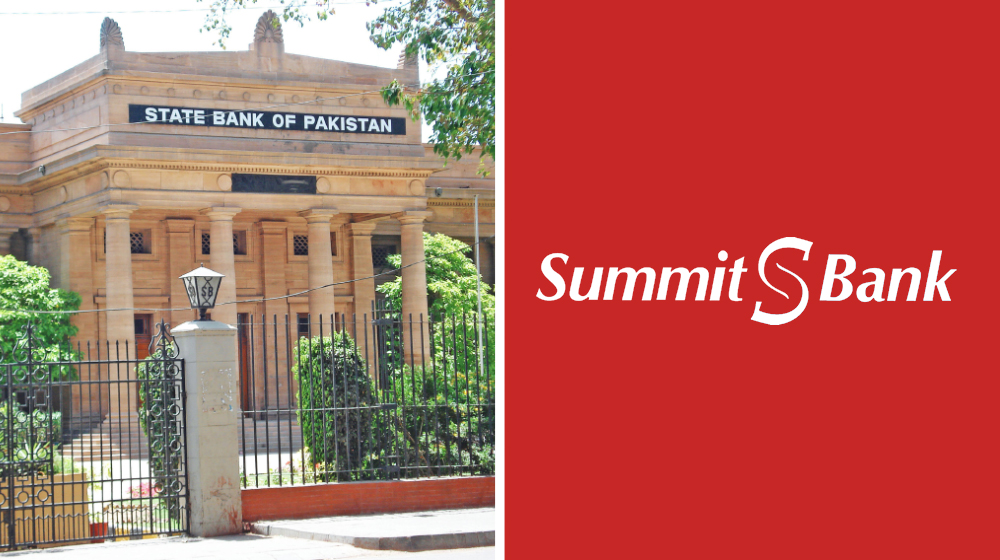 The status of Summit Bank as a settling bank has been declared as terminated by National Clearing Company of Pakistan (NCCPL) with effect from August 17.

The reason behind the status loss was mainly because of the failure of the bank to meet the mandatory regulatory requirement of paid-up capital, which is also an eligibility criterion for admission and to continue as a settling bank.

NCCPL directed participants of the capital market to make alternate arrangement for their timely transaction well before the date of the termination of status by Summit Bank.

NCCPL warned the bank about the termination and allowed the bank to work as a settling bank till July 30, 2018 after a firm commitment by the bank to meet the regulatory requirement of paid-up capital.

It is pertinent to mention here that State Bank of Pakistan (SBP) has set the paid-up capital limit for the bank at Rs. 10 billion which has to be maintained and enhanced gradually by the banking companies as their operations and business grows.

Since the formation of Summit Bank, it failed to meet the Minimum Capital Requirement (MCR). The bank entered the merger deal with Sindh Bank but the transaction was seen under the cloud of suspension and stopped by the Supreme Court of Pakistan earlier.

What is a Settling Bank?

A settling bank is the last bank to receive and report the settlement of a transaction between two entities. It is the bank that partners with an entity being paid, most often a merchant. As the merchant’s primary bank for receiving payment, it can also be referred to as the acquiring bank or the acquirer.

With the termination of the status of settling bank, entities or market participants could appoint other banks as their settling banks. There are 22 banks declared as settling banks in Pakistan. You can view them here.

Last month, the management of Summit Bank Limited notified that the bank will receive additional funds from a major sponsor, Suroor Investments Limited, to improve its financial standing in case its Board of Directors do not pursue its ongoing plan of merger and amalgamation with Sindh Bank.

In this regard, the sponsor of the bank has given a ﬁrm commitment to State Bank of Pakistan (SBP) to provide the required amount of capital funds to the bank following a decision by the board of the banking company.

On the other hand, the merger exercise of the two banks has not been concluded because the two banking companies are still working on this plan.