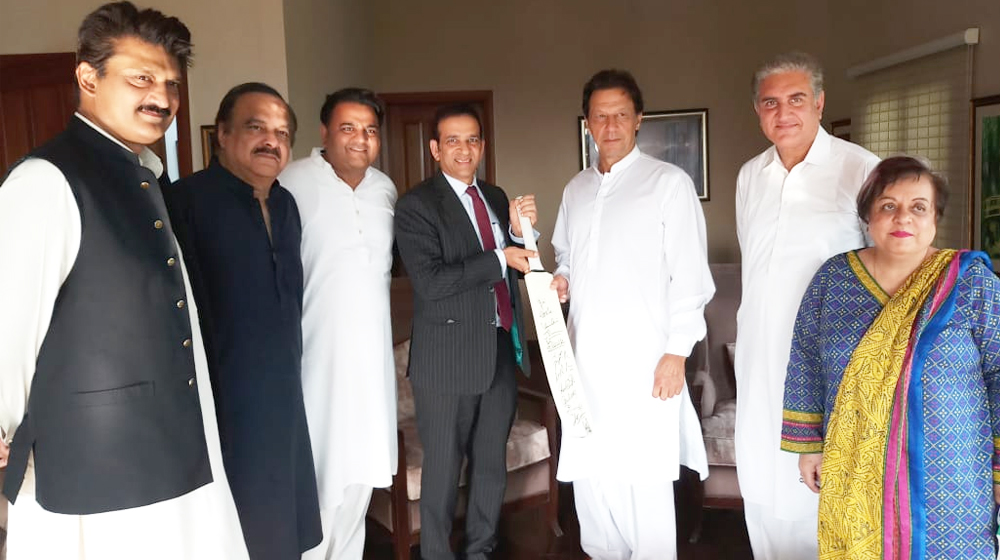 Imran Khan — who led Pakistan to the World Cup victory in 1992 — is one of the greatest cricketers Pakistan has ever produced. Although he possessed many traits, his leadership quality was perhaps the most attractive aspect of his game.

His drive for improvement was not only limited to the world of cricket but also reflects in his political career. India, keeping the rivalry aside, is one of the first ones to congratulate Khan for his win in the General Elections 2018.

India’s High Commissioner, Ajay Bisaria, visited Imran Khan at his Banigala residence in the suburbs of Islamabad and congratulated him. Not only that, he also presented a bat signed by the entire Indian cricket team as a gesture of goodwill.

Imran Khan has already expressed his desire to improve ties with the neighboring countries and India seems to be complying for now.