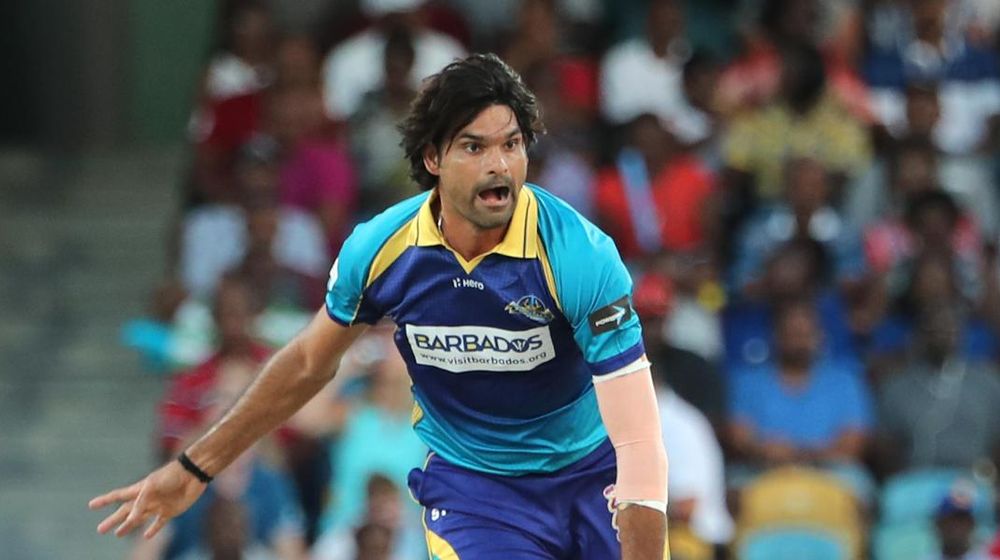 Pakistani left-arm fast bowler Mohammad Irfan might be out of the national side but he is definitely pressing hard for a comeback with consistent domestic cricket performances including an unbelievable miserly spell of 4-3-1-2 (4 overs – 3 maidens – 1 run – 2 wickets) in the Caribbean Premier League.

Playing for Barbados Tridents – having joined as a replacement for injured Junaid Khan, another left-arm Pakistani pacer – Irfan tried his best to defend 147 against St Kitts and Nevis Patriots with a world record for the most economical spell in T20 cricket, however, the opposition saw him off and got over the line with six wickets in hand.

Irfan claimed the fiery left-hander Chris Gayle’s wicket off his first ball before sending Ewin Lewis packing in his second over; both overs being wicket maidens. What’s astonishing is that the left-hander did not concede a run until the last ball of his spell.

The ball touched the bat on two occasions only, both being edges (except the wickets).

Here’s how his figures looked:

When Irfan completed his spell at 18-2 in 7 overs, St Kitts and Nevis Patriots were left with an uphill task of chasing down 130 in 13 overs. The performance earned him the man of the match award.

Irfan bettered the CPL record as well which was previously held by yet another Pakistani left-arm quick Sohail Tanvir who conceded only 3 runs while taking 5 wickets in 2017. The world record for the most economical spell in T20 cricket was 2 runs conceded in 4 overs.