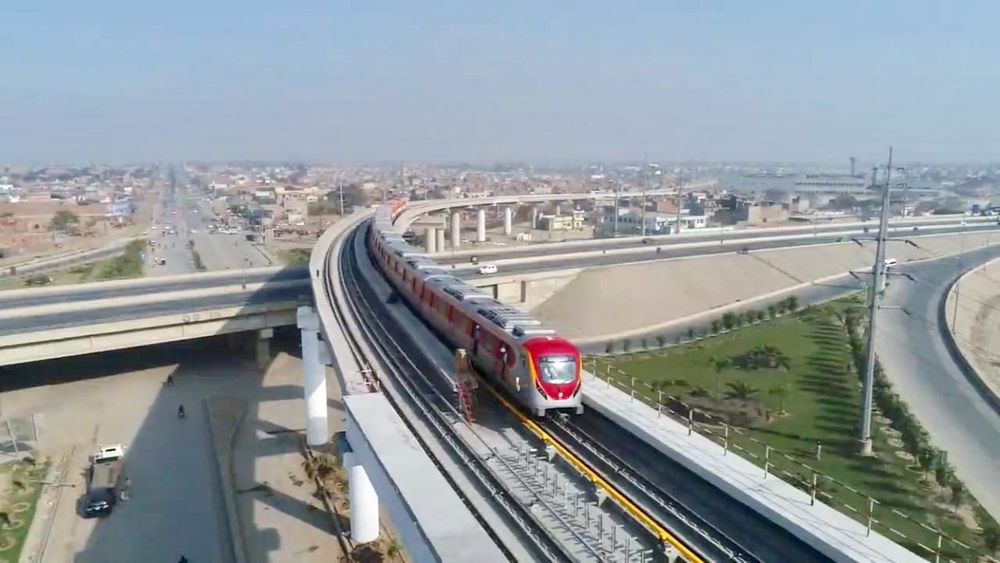 With no date in sight in the near future for the completion of mass-transit project Orange Line Metro Train (OLMT), concerned officials have revealed that the OLMT’s cost of civil infrastructure is far less than its associated costs of rolling stock and related infrastructure. In short, the Orange Line Metro Train Project may just be one of the most expensive projects of its kind not just in Pakistan, but worldwide.

Cost Breakdown of the OLMT Project

It is being developed for $1.65 billion, the total cost of the project, that have been given under a loan by China’s Exim Bank.

According to experts, the OLMT is considered as one of the most expensive projects of its kind worldwide due to the following observations

For the OLMT, costs associated with its rolling stock, mechanical and electrical infrastructure, tracks etc. have doubled when compared to the money used for the civil infrastructure component of the project. This is an alarming revelation for such a huge mega project, as its civil cost covers 2/3rd of the entire project cost.

OLMT Vs Rest of the World

The official also pointed out that the government has spent $1 billion for electrical and mechanical works, tracks and 135 coaches (27 5-car trains) from China, which accounts for over 60% of the total project cost. He believes that a similar train coach costs $1.6-1.7 million each. If we take this figure into account, the 135 coaches should  amount to no more than $220-230 million cumulatively.

If the government is paying remaining $700 million for only laying tracks, as well as the electrical, mechanical and signalling works, then questions abound. The project is being constructed through a loan that will be ultimately paid through the taxpayers’ money.

BB&J Consult’s data reveals that the non-civil costs remain near 1/3rd of the total project cost, unlike Pakistan’s OLMT, despite the higher labor wages and overhead expenditures.

As things stand, it would be a challenge for the new government to complete the project and make it sustainable.