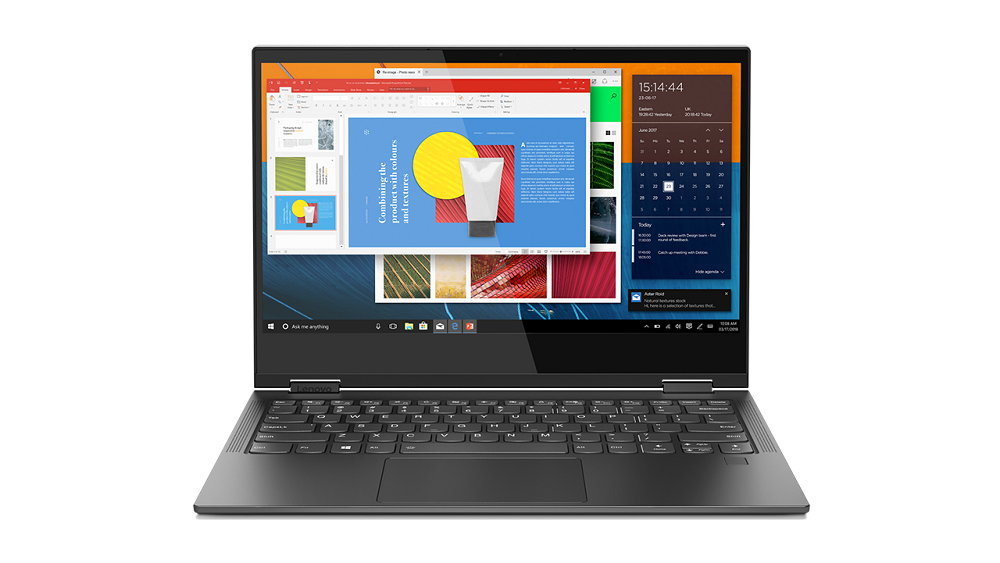 Want an all-day battery life on a laptop? Look no further!

Keeping up with the new developments in Windows systems, Lenovo is unveiling its first Yoga laptop ever powered by an ARM-based Snapdragon 850 processor, recently unveiled by Qualcomm.

Though, we usually talk about this later on in our articles, arguably the biggest feature of the new Yoga C630 WOS (Windows on Snapdragon) is its battery life, which is said to last a ground-breaking 25 hours on a single charge, nothing short of amazing.

That doesn’t mean it’s bad in other aspects, not at all. It comes with a 13.3″ IPS display with FHD resolution. The display also supports Lenovo’s active pen accessory. Design-wise, it weighs 2.6 pounds and is half-an-inch thick.

Under the hood is the trusty Snapdragon 850 processor, which is 25% more power-efficient and 30% more powerful than the previous Windows ARM processors (Snapdragon 835). There’s 4/8 GB of RAM, with either 128 or 256 GB of SSD storage.

In accordance with the always on, always connected philosophy, there’s integrated LTE so that you don’t have to worry about getting disconnected on-the-go. Its Snapdragon X20 LTE modem supports 1.2Gbps of peak speeds.

There are still stereo speakers around, though, not the 360-degree soundbar of the Yoga C930. There are two USB-C and two USB 3.0 ports for connectivity, the latter of which also supports external displays.

The only downside of this convertible is that it comes with Windows 10 S, which is still quite restricted for a lot of people in terms of supported applications (such as the inability to run x64 applications). You do get a Windows Hello webcam, and a fingerprint scanner though.