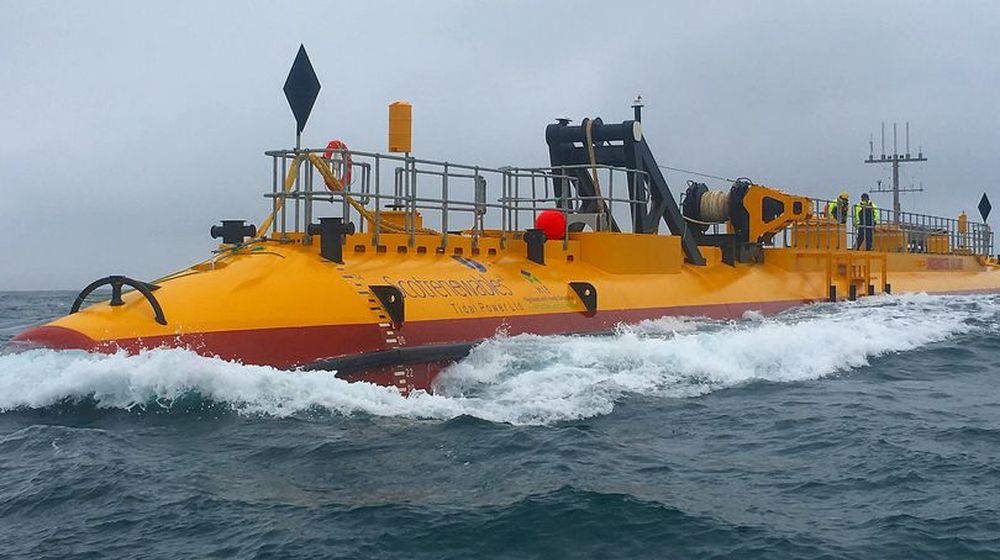 Scotland’s Scotrenewables Tidal Power has shared the figures of its tidal energy 2MW prototype called SR2000, which has generated more energy in the past year than the rest of the Scotish wave and tidal sector before.

This boat-like turbine is revolutionary since it is capable of generating cheap electricity without any pollution or side effects. It makes use of the natural force of waves at sea to generate electricity.

It is a significant leap forward as the boat-like turbine installed off Orkney last year has generated around 3 Giga-Watt hours (GWh) of electricity.

The 63-meter long turbine looks much like a boat whereas the earlier prototypes resembled wind turbines attached to the seabed.

We’ve generated over three GWh into the Scottish grid. That’s more than three times any prototype system that’s come before us and, in fact, cumulatively that’s more power generated in 12 months from this single turbine than the entire wave and tidal energy sector has done in Scotland in the 12 years preceding the launch of this turbine.

The turbine was installed at the European Marine Energy Center’s (EMEC) tidal testing facility in the sea off Orkney – in Fall of Warness – in August 2017.

Jonathan Lindsay at EMEC was all praise for the tidal and wave energy sector, saying that it has made more progress in 10 years than that of wind energy in its first 50 years.

The sole turbine has often been enough to power a quarter of homes in Orkney. EMEC is aiming to amp up the productions of machines, saying that the upcoming turbines will be much bigger therefore with a huge potential to add to the national grid.

Featured Image and Story via Insider