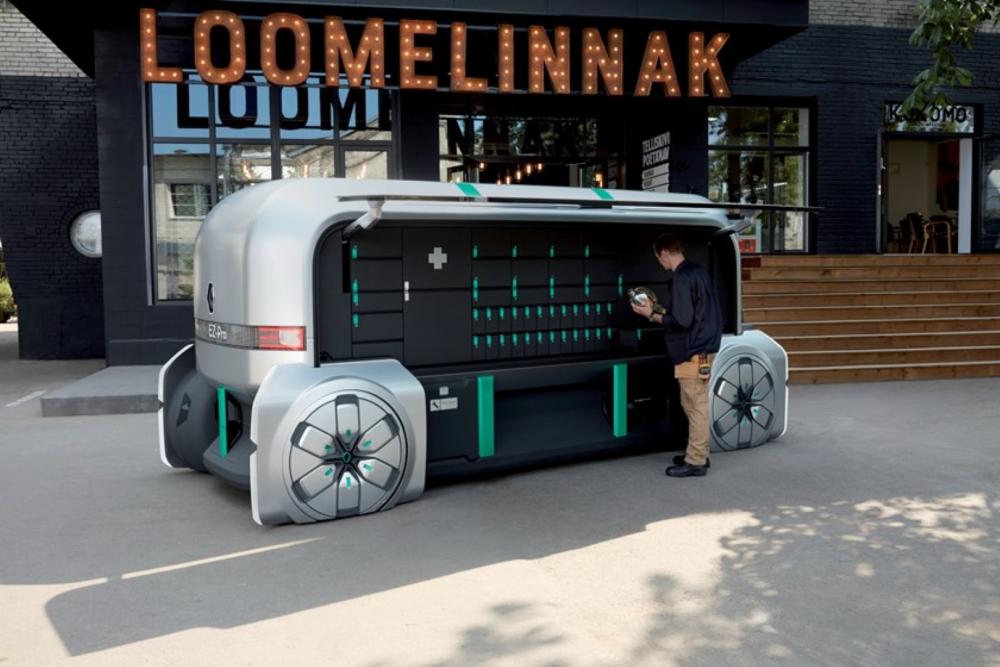 Renault’s EZ-PRO is an autonomous fleet of robotic vehicles, capable of making deliveries without needing an actual driver.

Renault, one of the largest European automakers, has unveiled the EZ-PRO, its last-mile autonomous delivery vehicle that also works as a movable office and coffee stand.

Renault EZ-PRO shows our vision of last-mile delivery integrated with the ecosystem of smart cities of tomorrow and the needs of professionals. This concept is a solution that would unlock countless opportunities for our various partners, such as we’re showing today with DPD Group, Lomi Coffee, Piper-Heidsieck and Patrick Roger,

EZ-PRO has been designed to replace heavy commercial trucks and other vehicles with an autonomous, cheaper solution for professionals who need to manage their delivery businesses.

In this era of online businesses, and with the ever-increasing congesting traffic on roads, Renault’s solution is a glimpse into the future of how businesses can efficiently manage their deliveries. 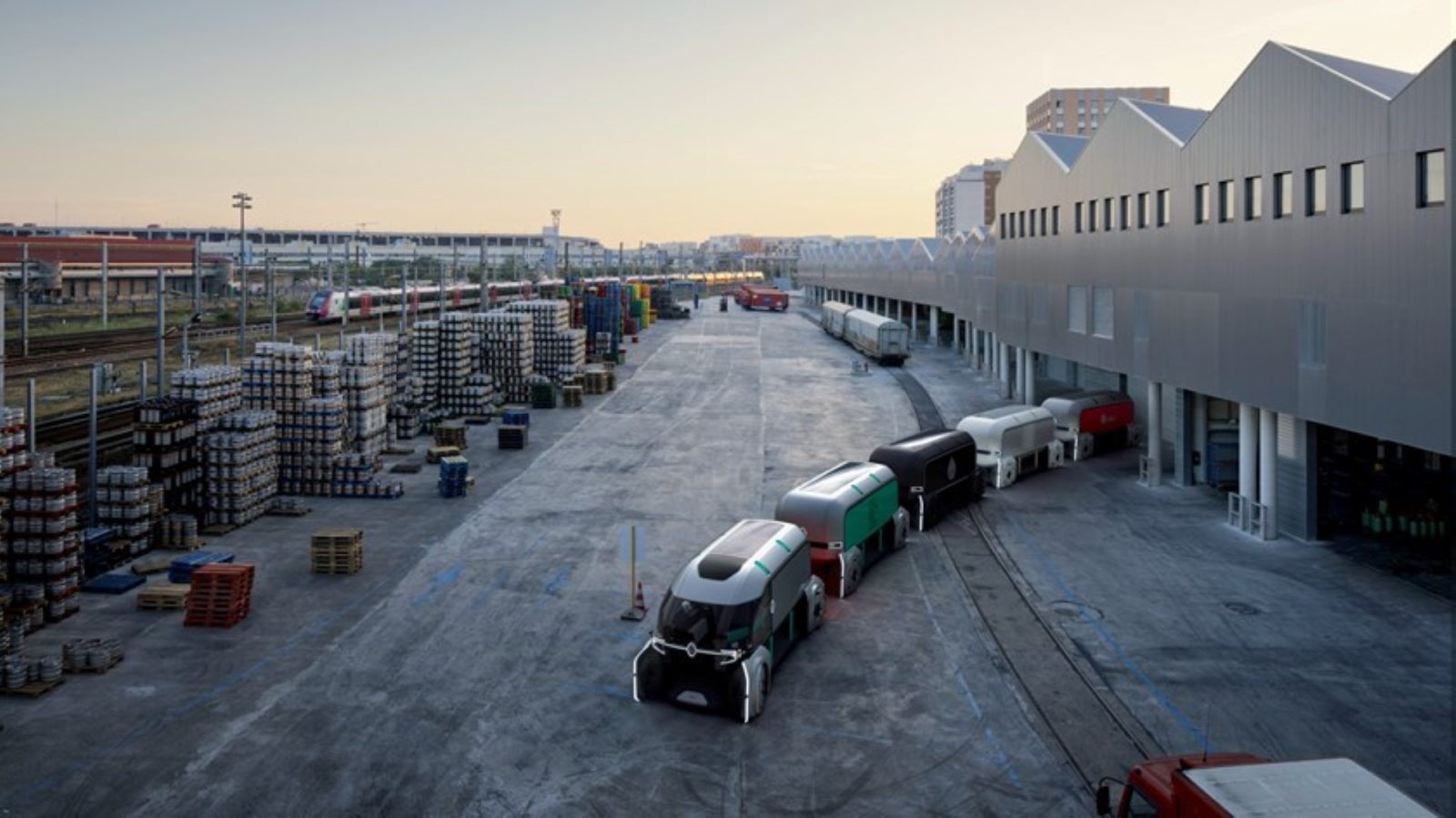 The autonomous robo-pod handles most of its operations with almost no human interaction, though it does require a human “concierge” present to keep things in check, mainly due to security reasons as autonomous vehicles still need time before being considered fully reliable.

The overall delivery solution involves a leader pod, that is then followed by other driver-less robo-pods in a train-like formation, without any physical links. The pods can also break formation and deliver goods based on the customer’s needs. 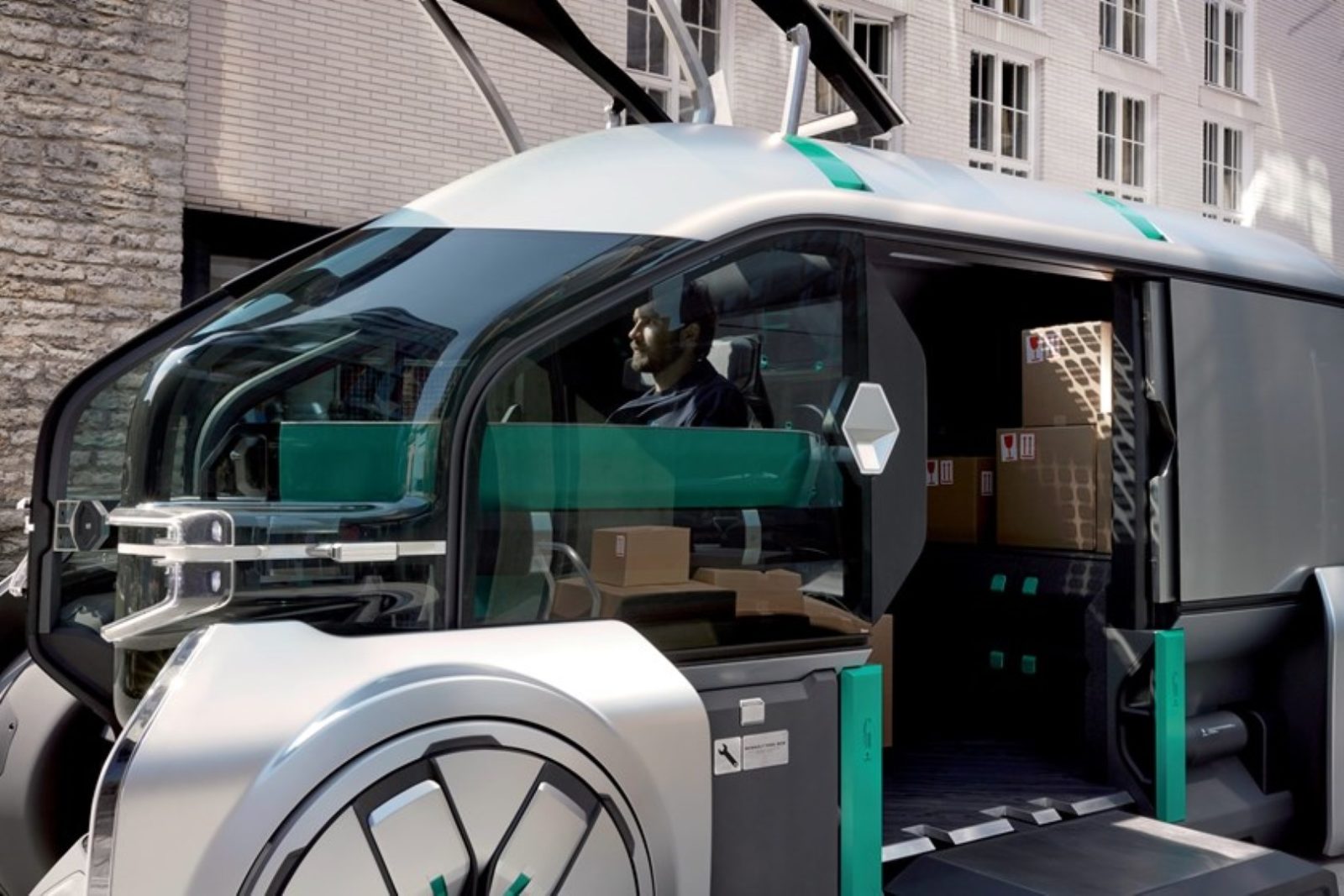 Only the leader pod needs a human concierge, while the fleet of driver-less robo-pods can either follow each other or go to their independent directions without requiring manual control. According to the company, their technology results in less stress for operators so they can focus on other value-added tasks such as itinerary planning and supervising the other robo-pods.

The leader pod, that has its own concierge, has a joystick on the front inside the cabin and an easy four-wheel driving system. It comes in different storage modules that can be changed based on your and your company’s requirements.

For the delivery of fragile objects, customers can choose to have a concierge accompany the fleet. Otherwise, the self-service lockers can be used to secure your items without needing a driver to come with to your desired location. The self-service lockers can easily be unlocked using the service’s mobile application by the recipient, and they’ll remain locked throughout the trip.

Renault to Launch 5 Vehicles in Pakistan in 2020: Report

EZ-PRO’s built-in GPS allows customers to keep an eye on their delivery with real-time location tracking. Renault believes that their solution will take the burden off the city routes by reducing traffic by 30% – which is the space used by other last mile delivery services in most cities – by launching its autonomous fleet of robotic vehicles.

This service will also work with traffic authorities for a smoother experience overall.