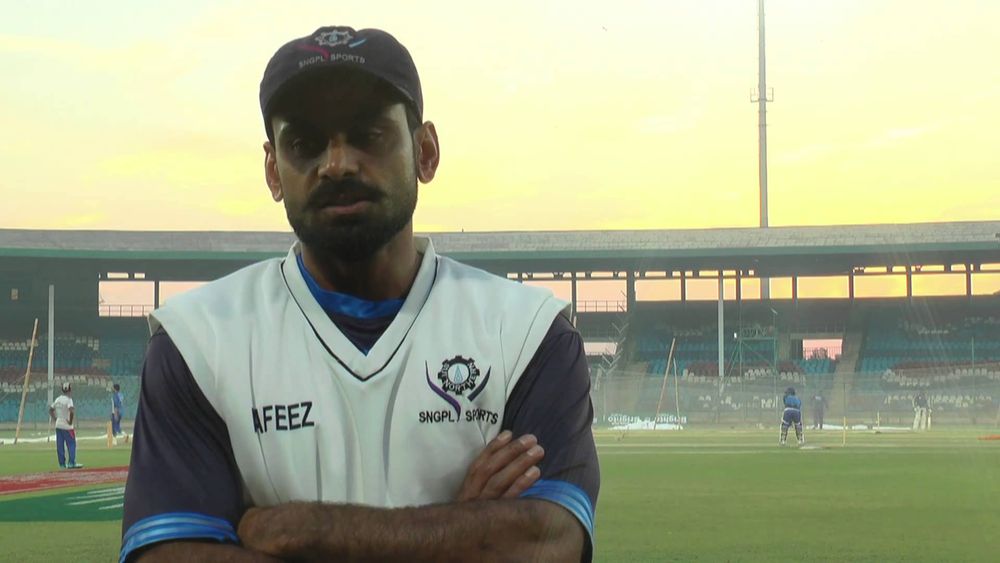 Mohammad Hafeez is back again, knocking on the doors of international cricket yet again with a blistering double century in Quadi-e-Azam (QEA) Trophy against Peshawar Region on Wednesday.

Hafeez has been playing the premier domestic tournament following his non-selection in the Asia Cup squad. Playing against the unbeaten Peshawar side, Mohammad Hafeez’s 213 powered his team Sui Northern Gas Pipeline Limited (SNGPL) to 456/6 at the end of play on Day 2 in response to Peshawar’s 176 in the first innings.

Hafeez is playing the second match of the tournament, missing out on the first 4-day against Lahore Whites; the all-rounder took 6-62 against FATA in the second innings helping SNGPL thrash the opposition with an innings and 52 runs.

Hafeez’s double ton comes at a crucial time, especially when the questions have been raised at the team selection for Asia Cup. The squad for the Australia tour to the United Arab Emirates hasn’t been announced yet and he might well be in contention for a comeback especially when the team has performed poorly in his absence at the Asia Cup.

Nawaz is in the team for his all-round abilities, however, his batting needs quite a lot of effort to be on par with the international standards. Mohammad Hafeez, on the other hand, is a class act once he gets going and his bowling prowess is a world-known fact. Shoaib Malik hasn’t been a bowler he once used to be; he is now more of a batsman and a part-time spinner.

The right arm all-rounder can be given a chance in place of Mohammad Nawaz.

It would be interesting to see if the selection committee gives him a chance as Chief Selector Inzamam-ul-Haq had said that Hafeez is a part of Pakistan’s World Cup plans. If they are to keep him in contention, now might be the time to give him another go.

Do you think Hafeez should make a comeback? Let us know what you think.