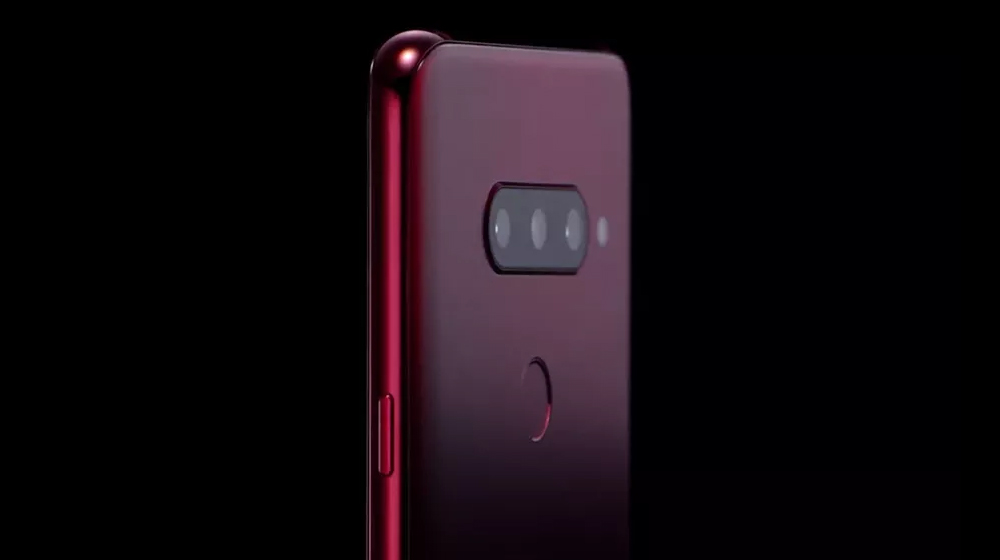 LG just added a new phone to its oddly named ‘ThinQ’ series, the V40 ThinQ has been made official.

It’s a five-camera smartphone with a familiar triple-cam set up on the rear but two shooters on the front for selfies. This configuration was already in the rumors and some specifications of this LG phone were leaked ahead of its launch.

Most of the details about the LG V40 ThinQ were not revealed, other than info about the camera and the design.

The other hardware specifications mentioned here are based on rumors and are not confirmed yet. 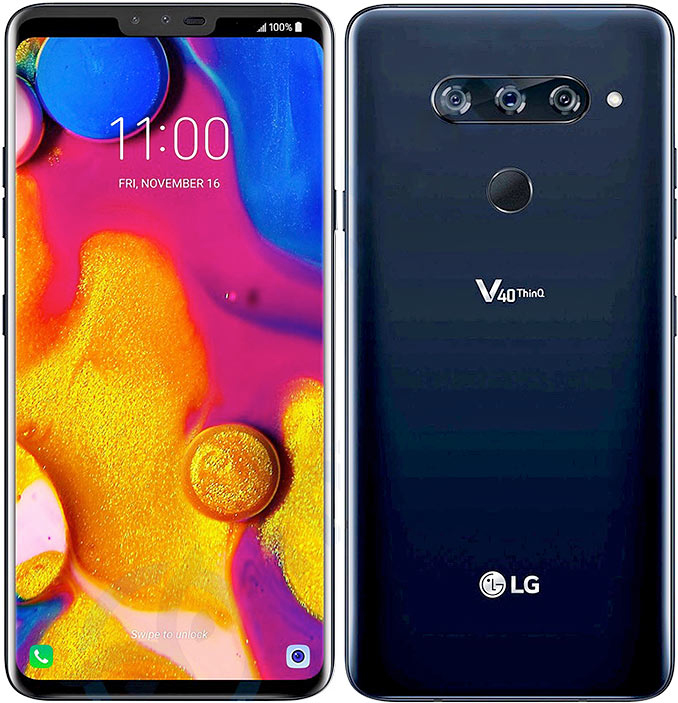 LG V40 ThinQ is going to be the first V-series phone to have a notched display. It’s a flagship phone, so its body has a premium finish, made up of glass and aluminum. The front is protected by a coating of Corning Gorilla Glass 5, and it’s also IP68 certified – meaning, it has water/dust resistance up to 1.5 meters for 30 minutes.

There’s a rear-mounted fingerprint sensor, so the company is likely to not include an additional in-display sensor.

LG says it used reinforced glass back for the phone and added a “Sandblast” finish to make the body scratch resistant and less prone to getting fingerprint marks and smudges. Other than that, Evan Blass – a noted smartphone journalist – revealed a leaked image of LG V40 ThinQ in a tweet:

As seen in the image, the phone has another button below its volume rocker that is likely to be a dedicated Google Assistant trigger.

It comes in two storage options of 256 GB and 128 GB, however, you are restricted to 8 GB RAM with the higher storage variant and only 6 GB RAM with the 128 GB one. Luckily, it will have a dedicated microSD card slot that can expand your storage by up to 512 GB.

Now, let’s talk about V40 ThinQ’s highlight feature – its cameras. It’s the first time LG has placed more than two cameras on the back of a phone, and it seems to have followed P20 Pro’s footstep by going for three cameras for its latest flagship. 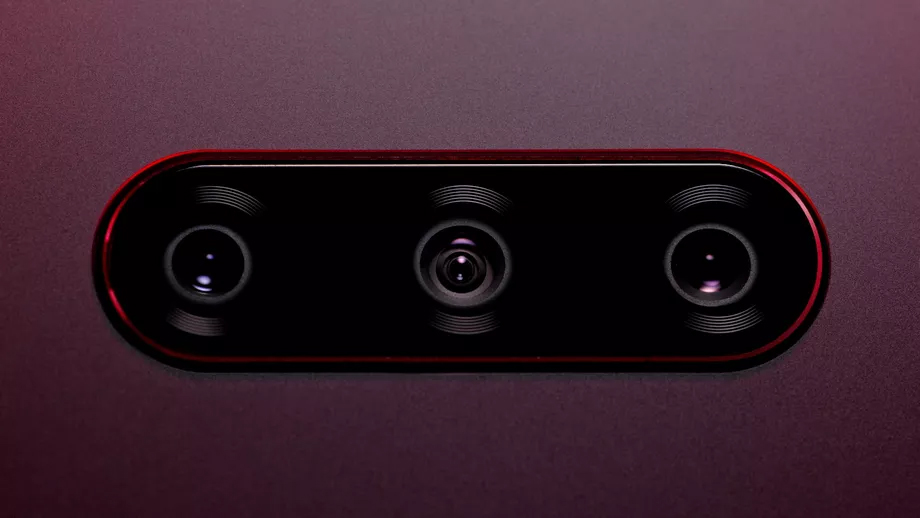 The company has not made clear what kind of lenses it’s going to use. Though, leaks suggest that one of the cameras will shoot wide-angle photos, whereas the other two will collectively take a single shot with normal FOV. Surely, the cameras will use laser focus, PDAF, 3-axis OIS, and a 3x optical zoom feature is also expected.

We’ll need to wait to confirm the details though, until the phone is launched. For now, a combination of a primary 16 MP sensor, a wide-angle 13 MP shooter, and an 8 MP telephoto camera is rumored. The front too, is likely to have two cameras, to complete the “penta” design as teased in LG’s video above.

Again, there’s no official confirmation from the company just yet. A 3300 mAh unit is expected, as well as USB Type-C support.

Being a new-age flagship, LG might add Qualcomm’s Quick Charge 4+ support. Color options have been revealed, it’ll be available in Red, Blue, and Gray.

LG will officially launch the V40 ThinQ on October 3rd. All the specifications will be revealed at launch.