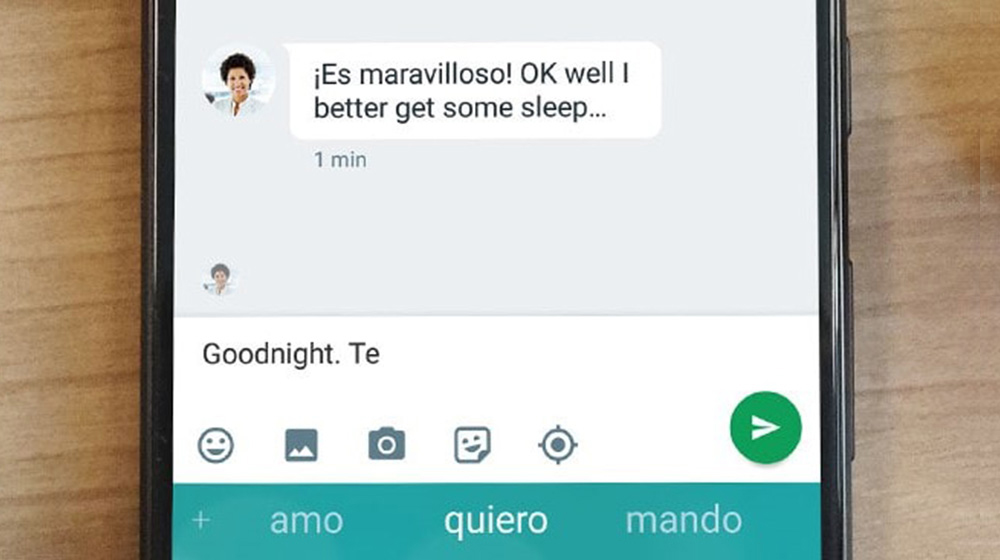 SwiftKey for Android is getting a new update enabling real-time, two-way message translation thanks to Microsoft Translator.

This update is going to make life a lot easier for everyone as it lets the user translate messages using the SwiftKey keyboard without having to leave the application.

Now, whether you have to chat with your family on WhatsApp, message friends on Facebook, or write an email to your clients abroad, you won’t have to switch apps or copy paste the text back and forth to translate it. Here’s how it works:

“Today’s update on SwiftKey for Android makes it easy to not only understand messages you receive but also translate outgoing messages – making sure your message is understood every time,” says SwiftKey.

This update aims to break the language barrier no matter how good you are at understanding a certain language.

The integration of Microsoft Translator into SwiftKey for Android has made available more than 60 languages including Spanish, Germany, Italian, Russian, Turkish, and so on. This integration ensures that the conversation remains quick and natural.

The translation will work even better with Microsoft Translator installed in your smartphone, as you will be able to use the feature offline as well.

It is pertinent to mention here that Microsoft acquired SwiftKey in 2016 and now it has merged its translator with the keyboard app.

You can use this feature by tapping the plus sign in the upper left corner of the keyboard. You will find the languages that are supported there. The toolbar enables the user to customize the keyboard by adding location, stickers, or calendar.

The company has not announced yet when the feature will be available on iOS.

You can download SwiftKey for Android on Google Play Store.