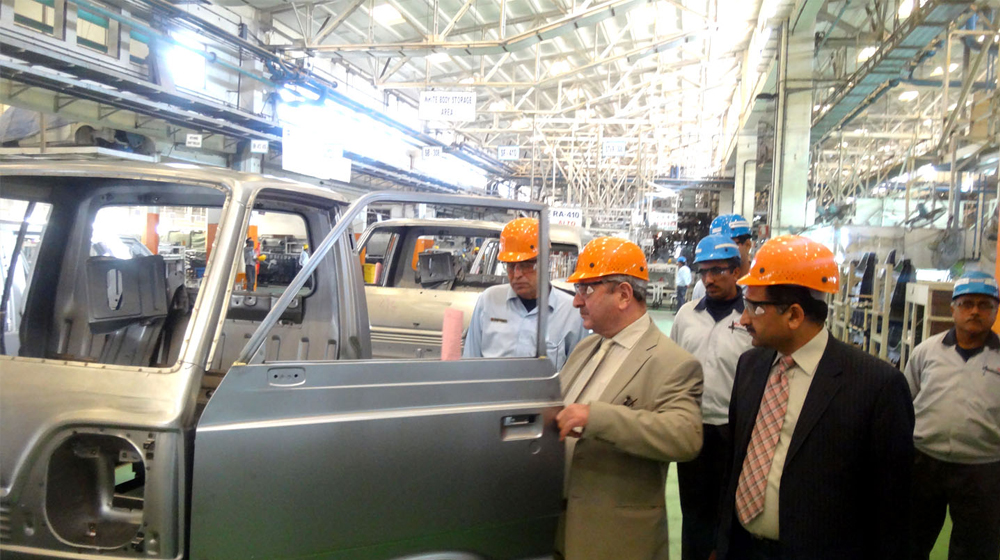 Pakistan’s auto sector has nose-dived by 57% of its market value from its peak in May 2017.

The auto industry has reported its worst first-quarter sales since 2013, which marked a decline of 4% to 58,351 units in the first quarter (July-September) of the current fiscal year FY19 as compared with 60,469 car units for the same period the previous year.

However, car sales grew by 3% in September 2018 as compared with the previous year.

According to Topline Securities, the decline in industry sales was muted (due to a low base effect of HCAR sales in Sep 2017).

The analysts expect significant demand contraction in the auto sector due to deteriorating macroeconomic environment, multiple price hikes since Dec 2017,  plus rising steel prices and the impact of legislation which now requires car purchasers to be tax filers.

Automobile prices are expected to rise further due to sharp PKR depreciation which will decrease the volume of the sector. Auto finance loans have become expensive due to the rising interest rates.

During September 2018, Honda (HCAR) saw a significant increase in volumes as unit sales rose by 32% year on year. Similarly, on a sequential basis, unit sales increased by 14% month on month while the first quarter sales in FY19 are up by 7% YoY.

Variant wise, Civic and City rose by 47% YoY while BR-V sales continued to deteriorate by 35% YoY.

Pak Suzuki continued to report a decline in volumes, with September sales down by 5%.

Variant Wise, Wagon-R and Swift led the growth chart up by 61% and 41% respectively. However, unit sales were dragged down by 37% and 23% decline in Mehran and Bolan, respectively.

Indus Motors (INDU) sales remained flat year on year, with the company recording a 2% bump on a month-on-month basis.

During Sep 2018, sales were led by Corolla, up by 8% YoY. On the other hand, Hilux sales saw a rapid decline, down by 42% YoY, reversing the trend of high growth witnessed in the first two months of FY19. Simultaneously, Fortuner sales continued to fall, -29% YoY.

The sales of the largest magnitude were made in the two-wheeler and three-wheeler categories.