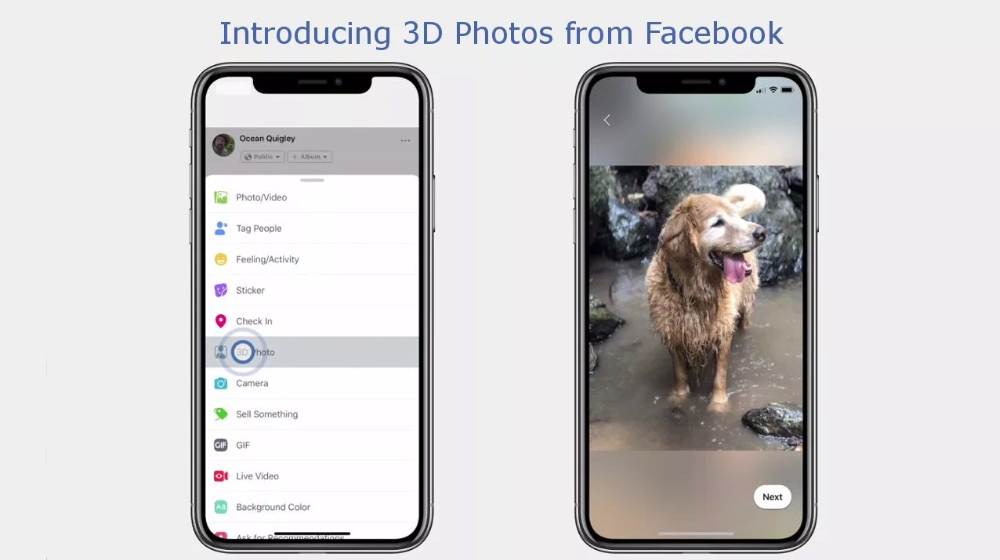 Now you can see what’s behind someone in a Facebook photo.

Facebook is making your social media feed more lively by rolling out 3D photos for the mobile app.

It’s a cool new feature that uses AI to add depth to a picture and lets you “move your head” within the photo to see around in different directions. Facebook already announced 3D photos back in May at the F8 event, but it will now be available to use on your iPhone.

It works with iPhones’ portrait mode to find depth in a photo and to separate the foreground from the background.

As you might have guessed, it’ll only work on recent iPhones that have a portrait mode such as iPhone 7+, 8+, X, and XS. Facebook says that it’ll unroll this feature for more phones later on.

How to Use 3D Photos

After that, users on most platforms, including desktop and mobile, will be able to see the photo’s depth. Oculus Rift users or other VR device users will also be able to move their head to look around the scene. For PC/laptop users, they can simply use their mouse or touchscreen to drag and use a 3D photo.

The feature has not been sent out to devices just yet, but you’ll be able to create your own 3D photos in the coming days after Facebook rolls out an update.

Moreover, to create a good 3D photo, Facebook recommends that you should keep the subject three or four feet away from the camera. You’ll get better results if the subject and the background have distinguishable colors and similarly, hard-to-see or shiny items like glass might not get picked up by the AI at all.

3D photos use dual cameras to add depth to a photo, by separating the background. It then uses AI to figure out how much farther or closer items within a photo should be.

The Oculus Quest is Better Than the Rift and Costs $399

The way AI perceives things in such a photo, is shown below:

Mark Zuckerberg, Facebook’s founder, said that he wants more and more people to use VR. However, VR headsets are still relatively rare and the company decided to add VR-like features, that don’t rely on a headset, to provide similar experiences to its users.

As mentioned earlier, this update will roll out in a few days for iPhone users. It’s yet to be confirmed whether Android phones will support this feature or not.