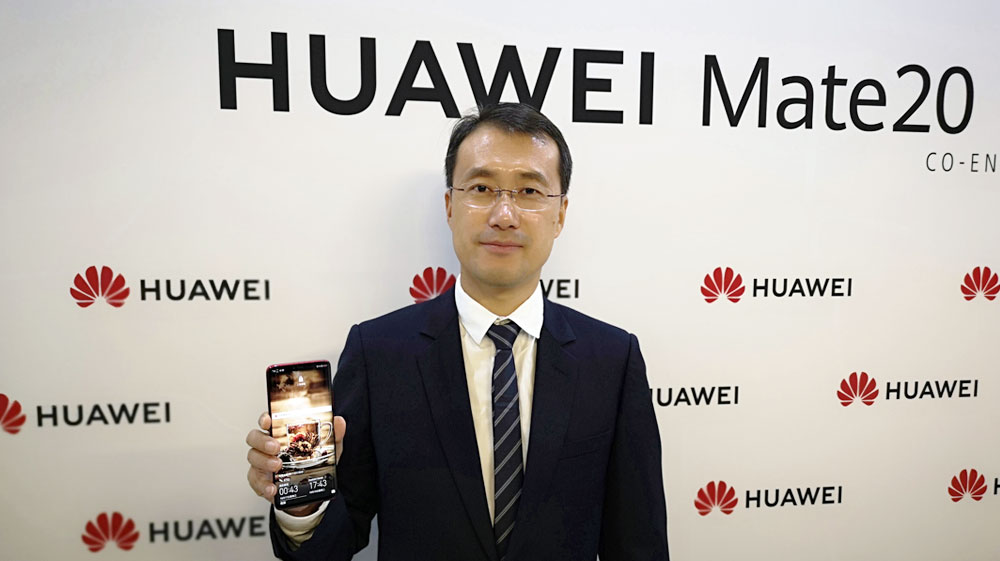 When we compare smartphone brands, China-based Huawei has grown tremendously over the years, going on to become the number 2 brand in terms of global smartphone shipments; surpassing Apple in Q2 2018. It grew its global market share by 40% YoY, and now accounts for 15.8% of the global share, up from just 11 percent in Q2 2017.

Huawei has seen record growth in a very short span of time, and it has accomplished this by just focusing on consumers’ demands and providing them exactly what they look for, said Kevin Ho, President, Handset at Huawei, while speaking with select journalists at the global launch of the company’s flagship Mate 20 Series in London.

He said that company invests top dollar in research and development for addressing the pain points of smartphone consumers, such as the battery life and camera.

When asked about what is the secret behind Huawei’s success, Mr Kevin Ho mentions that his company invests 10% of its annual revenues in R&D to develop the best in line technology to meet the consumers’ demand to ultimately provide them smartphones with best performance, longest battery life and the best cameras.

Huawei Launches the Much Awaited Mate 20 and Mate 20 Pro

“Our products are specifically tailored for consumers of each segment while keeping their respective needs in mind”, remarked Kevin Ho.

While doing so, i.e. by offering an entry or mid-range variant for a flagship series (P 20 Lite, Mate 10 Lite etc.), the President of Huawei Handset Segment agreed that approach suits the brand.

“But then we need to keep a balance; so if we only sell high-end flagship variants only, it may fare well with the brand but not with the sale numbers — hence we strike a balance while ensuring the brand value as well the sale numbers”, said Kevin Ho while confessing that company’s still in process of learning and discovering the best balance.

He said that Huawei is set to maintain its leadership in the handset business as it eyes selling more than 200 million units in 2018 to showcase a straight 25% YoY growth, up from its currently best record of 150 million shipments in last one year.

Kevin Ho was confident that Mate 20 series would perform better than Mate 10 series from last year. “We sold 10 million units of Mate 10 and I am sure Mate 20 series will outperform its predecessor with much higher sale numbers”, said the chief of Huawei Handsets.

He said that Huawei Mate 20 series bring the ultimate performance and battery life, with the Matrix Camera System for best quality pictures, the latest Android software, and a futuristic design to offer a premium user experience.

He specified the unique features of Mate 20 series, including its under-display fingerprint scanner, face-unlock, the complex but extremely robust and high-performance camera setup.

While explaining the future of Honor Series, Kevin Ho confirmed that company would like to operate “Honor” as a separate e-commerce brand, i.e. it will be sold online (except in those markets where online shopping hasn’t picked up much).