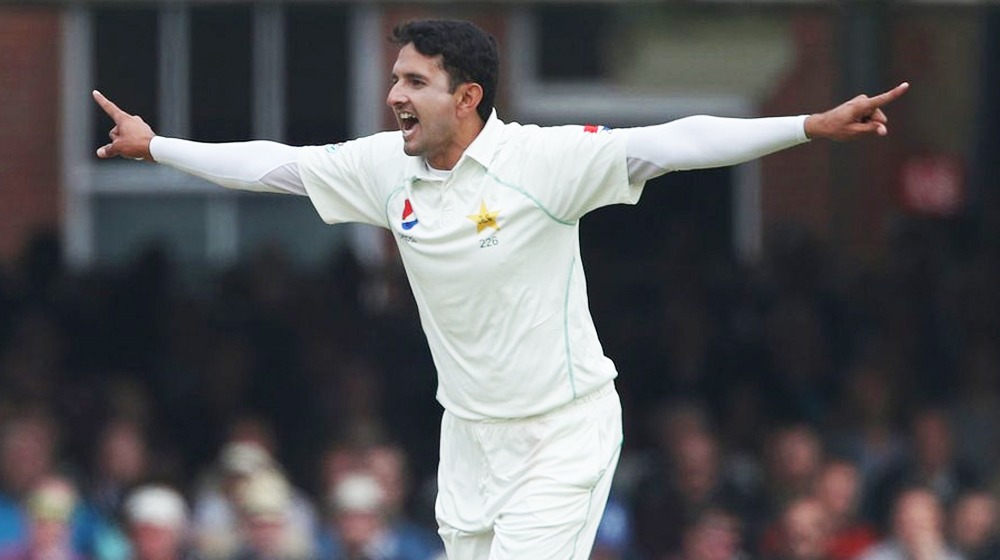 Pakistan’s emerging superstar Mohammad Abbas has smashed yet another record after taking a five-for in the first innings of the second Test against Australia.

With his five-wicket haul, Abbas has now bagged 54 wickets in only the 10th Test match. He currently holds the record of for most Test wickets by a Pakistani pace bowler after 10 Test matches.

The young right-arm paceman also has the best average for a Test bowler with 50 or more wickets in the last hundred years.

Abbas has been phenomenal with the ball ever since his inclusion against West Indies last year. His lethal spell earlier in the day was instrumental in dismantling Australian top order and later bowled the visitors out for just 145 in response to Pakistan’s 282.

His 5/33 are the best-ever figures for him and was his already third five-for in his short Test career.

Abbas removed Usman Khawaja – the hero of the last Test match – for 3 and then sent the night watchman Peter Siddle back to the pavilion with four runs to his name.

His next two scalps were Shaun Marsh (3) and Treves Head (14) in the first hour of the day two which left Australia reeling on 56/4.

The 28-year-old then went on to clean bowl Mitchel Starc to end his little cameo down the order which had helped Australia to get a face-saving total.

The young pacer is yet to hold the ball in the second innings of Australia and thus, the party is not over.