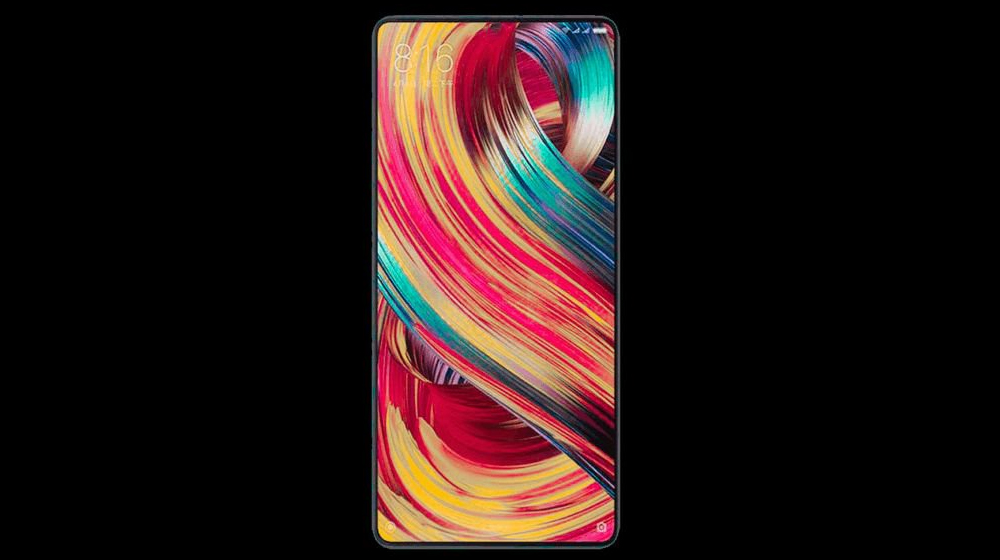 Here are some fresh camera samples from the upcoming Mi Mix 3.

Xiaomi co-founder Lin Bin is creating hype in the smartphone market by teasing Mi Mix 3 camera samples on the web.

The upcoming flagship, Mi Mix 3, will be the fourth entry to the series (third being Mi Mix 2S) featuring a bezel-less display on the front, and a retractable front camera just like the Oppo Find X.

It’s pertinent to mention to that Xiaomi’s current flagship, Mi 8 is among the few Smartphones to have a 99 DxOmark score, while the Mi Mix 2S has been given a 97 point rank, so we can expect great improvement in the Mi Mix 3.

DxOMark is a popular smartphone camera benchmarking site, that measures and compares smartphone cameras on several parameters. They assign the smartphones a score from 0-100, with some exceptional phones going above 100 as well.

Here are some low-light camera samples of the Mi Mix 3, shared on Weibo by Xiaomi official Lin Bin: 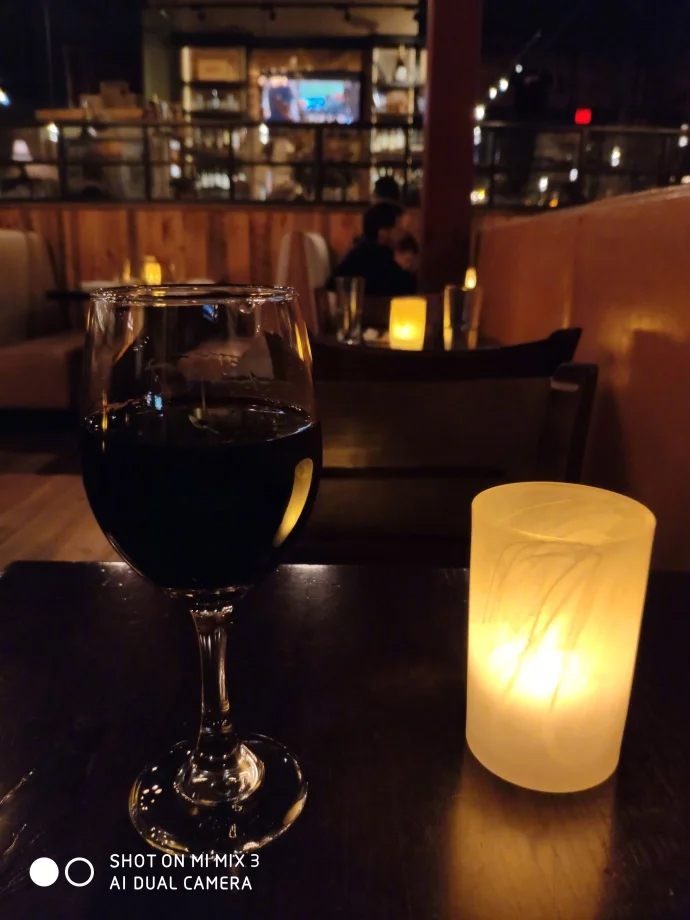 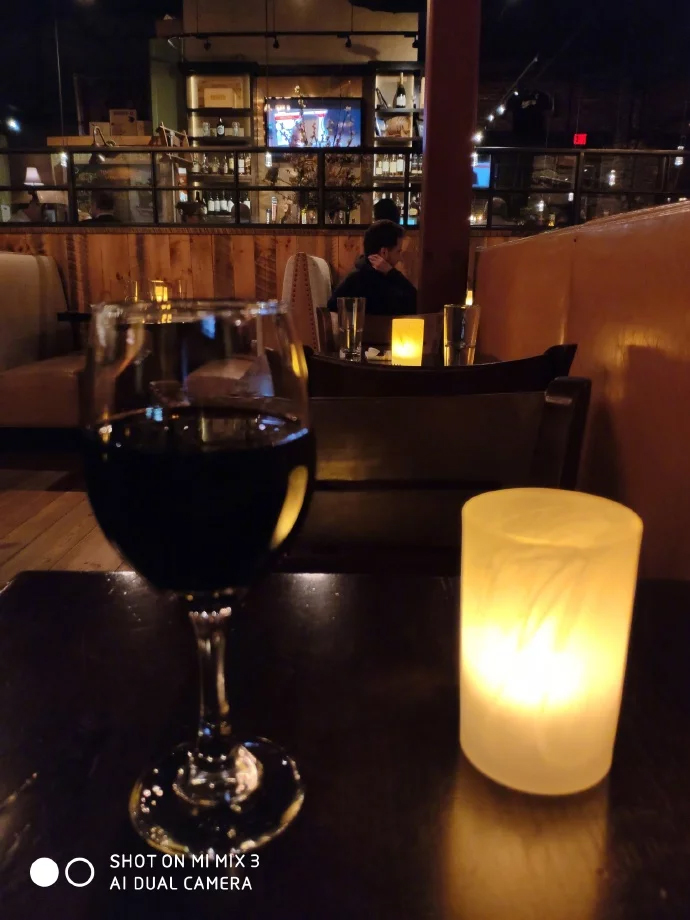 Xiaomi usually pushes the boundaries with its Mi Mix line. The company kickstarted the bezel-less trend a couple of years back by launching the Mi Mix. Recent leaks and rumors suggested that the Mi Mix 3 would be the first to run a Snapdragon 855 chipset – a 5G-ready processor.

Another leak, that surfaced earlier suggests that the Mi Mix 3 would have an FHD+ (1080 x 2340) display. That screen resolution is lower than what is present in most high-end flagships in the market – in phones like Galaxy Note 9, Google Pixel 3 XL, and Huawei Mate 20 Pro, a QHD+ panel has been used instead. 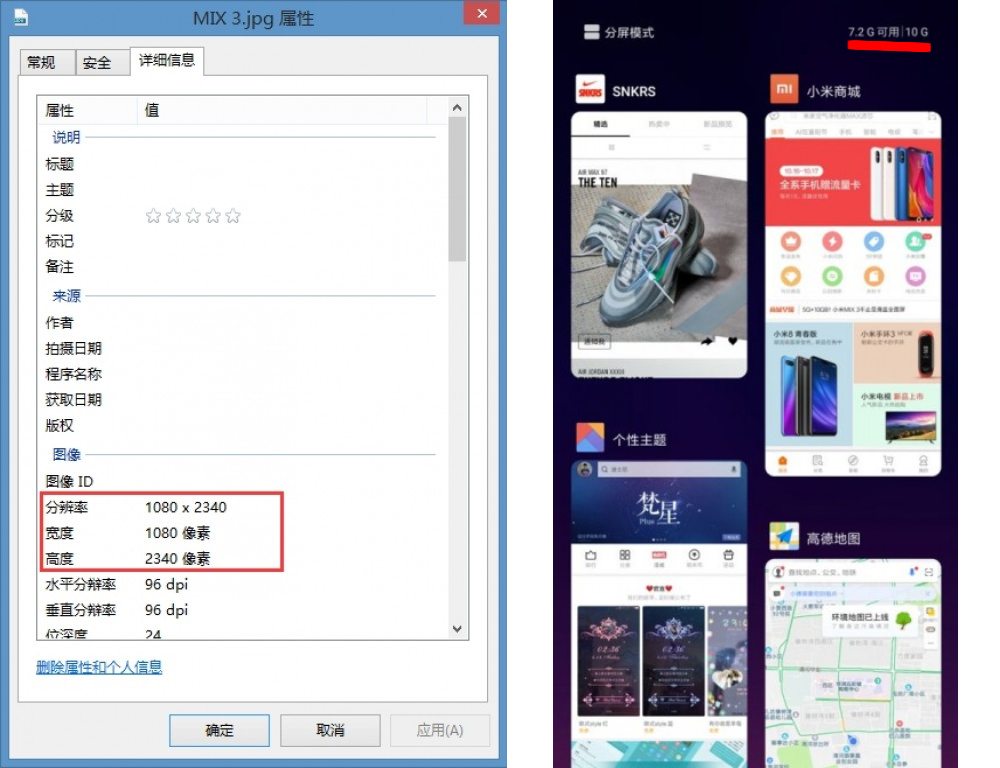 As seen in the picture on the right, the recent menu shows total available RAM of 10 GB, it reads “7.2 GB usable out of 10 GB”. And on the left, the Mi Mix 3 screenshot was checked using Windows’ properties menu, where you can see the image’s resolution.

The company is likely to split Mi Mix 3 into separate variants, with the highest specc’d variant getting 10 GB RAM.

Oppo too is expected to unveil a 10 GB RAM Find X, we’ll need to wait to see which company becomes the first one to put this much RAM in a smartphone.