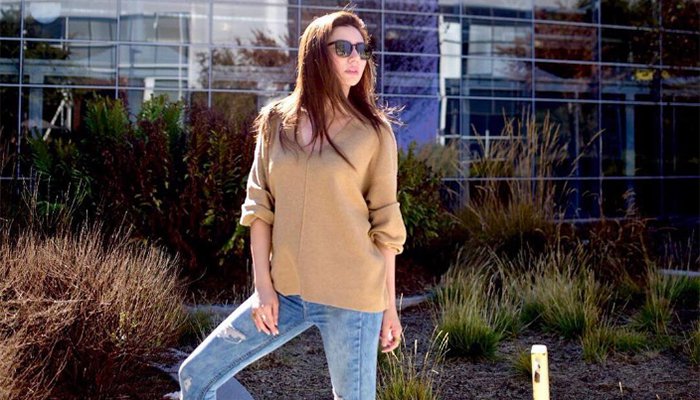 Celebrities often promote some good causes in a bid to use their fame and stardom to spread awareness about issues in society. Pakistani star Mahira Khan is also doing her bit as an international ambassador for Pakistan.

Recently, the actress, who got her big break in TV serial Humsafar, is on a tour to California. Mahira has visited Facebook as well as Google HQ on behalf of the Shaukat Khanum Hospital.

The actress delivered a talk to hundreds of attendees regarding the work that Shaukat Khanum does in Pakistan.

Her first stop was Facebook HQ, which is situated in Menlo Park, California. This is what she had to say about her visit on her Instagram profile:

“Thank you Facebook, for having us. On behalf of Shaukat Khanum, we visited the campus and had a great talk there.

Thank you @facebook for having us. On behalf of @shaukatkhanum we visited the campus and had a great talk there. Through Facebook we have been raising awareness for years now and hopefully will continue to do so?

For her next stop, she visited Google’s HQ in Mountain View, California.

I am not a tech geek but man I was geeking out at @google HQ! Can’t wait to go back, had a greeaaaat time. We at @shaukatkhanum are grateful for the support. P.S Its true’ Google does know everything??‍♀️ ? @ifatimaphoto

It certainly seems like she has had an impact, which can be seen in the comments by her fans on Instagram.