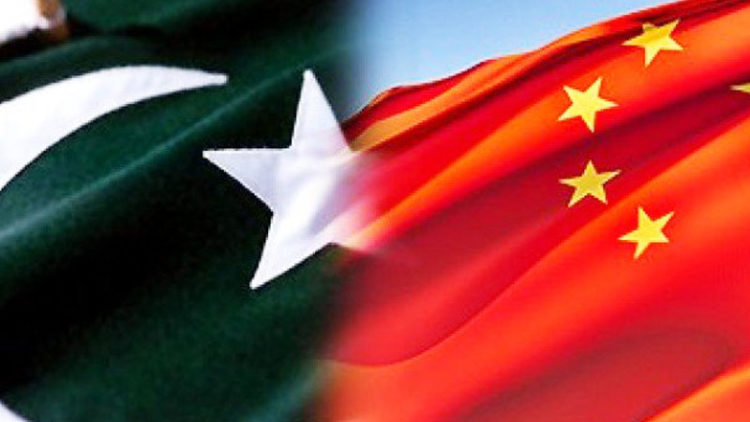 This will help Pakistan in boosting its exports to China from the existing level of $1.2 billion to $2.2 billion by the end of current year and to $3.2 billion by end of next year, he said while addressing a press briefing along with Minister for Planning, Development and Reforms Khusro Bakhtiar.

“We wanted China to give Pakistan market access and increase tariff lines with similar conditions that it had offered to Bangladesh and member countries of Association of Southeast Asian Nations (ASEAN),” he said adding that keeping in view the lengthy process of amending the priority list tariff lines between the two countries, the Chinese Premier Li had assured Pakistani side to enhance its imports from Pakistan immediately.

Dawood said that now the challenge lies on Pakistani government as well as the private sector to identify the potential areas for enhancing exports to China.

“Now we will have to sit down together to enhance exports in potential areas such as textile, leather, agriculture, surgical goods, and light engineering.”

The Adviser said that unless the export culture flourishes in the country, the current account gap cannot be addressed on a permanent basis. “We can not pay debt by borrowing more.”

The government, he said, was determined to facilitate the local industry to enhance exports and to provide proper facilitation at the ports adding that before this, adequate facilities for the exporters were missing at ports.

The Adviser said that the export culture in the country was not developed yet as there were no proper facilities at the local ports to facilitate the exporters.

Abdul Razak Dawood underlined the need to develop and promote local industrial sectors on modern lines to produce competitive products as compared to the international markets.

Minister for Planning, Khusro Bakhtiar, said that during the recent visit of Prime Minister to China, the two sides signed agreements for cooperation in various sectors including agriculture and elimination of poverty from the country.

He informed that next month, he plans to visit China to attend the annual Joint Coordination Committee on CPEC in Beijing where another major breakthrough was expected during the meetings.

He added that every year, Pakistan imports crude petroleum oil worth $16 billion and if an oil refinery is established in Gwadar, Pakistan would be able to save its import bill by over $7 billion.