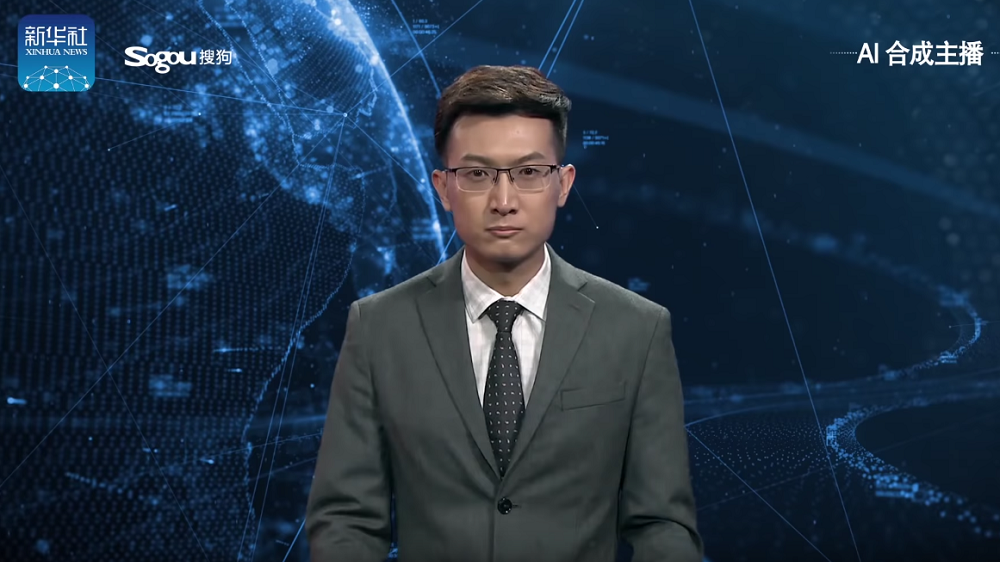 It might usher in a new era of non-human TV anchors.

It seems like something out of a sci-fi flick, but China has gone and done it for real – a realistic yet robotic sounding news anchor who, get this, is powered by artificial intelligence.

I will work tirelessly to keep you informed as texts will be typed into my system uninterrupted,” the AI anchor said in its debut video at the conference.

Here’s the video of the AI in question:

Not only does the virtual news anchor speak perfect English but it is also based on a real person. Xinhua TV’s host Zhang Zhao volunteered to serve as the basis of the AI’s facial features.

Remarkably, the AI-powered news anchor seems all too real. But its soulless delivery of news lacks the human touch. Of course, as far as first impressions go, it sounds incredibly robotic as it reads out news in a monotonous tone.

There were a few issues when it came to its delivery of the day’s news. It mispronounced “Panama” and gets the spacing between words off. It basically feels like your car’s GPS dictating the direction to you.

The AI’s owners do acknowledge these issues and even had the virtual news anchor say this line on-air:

As an AI news anchor under development, I know there is a lot for me to improve. Thank you.

How Was This AI News Anchor Created?

The Xinhua news agency made use of China’s Sogou search engine to power its new AI creation. The channel says that it will help the news agency cut down on production costs. There are also plans to bring in another AI news anchor in the mix, only this one will be geared for Chinese language broadcasts.

It seems to be the first ever AI news anchor of its kind. Other countries may have experimented with robots or even animated newscasters, Xinhua says its creation will be different from the rest as it will continue to improve through machine learning.

It sure seems like interesting times are ahead. Will Pakistan get rid of its screeching TV anchors in favor of these cool and calm AI ones? Your guess is as good as ours.