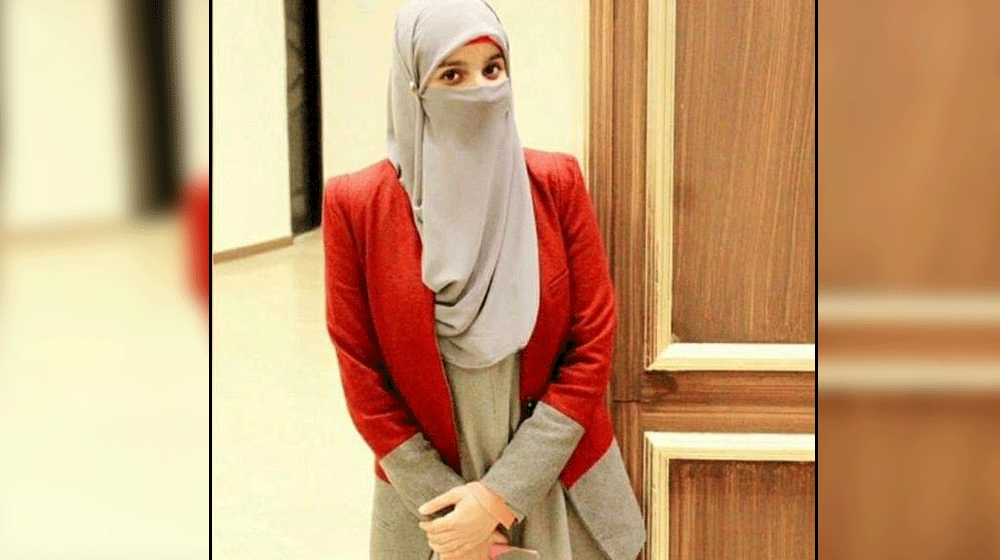 A niqab-wearing engineering student was reportedly barred from entering a function in a school in Islamabad. The girl was invited to the event by the school’s management.

As per details, an engineering student named Farwa Munir was invited at a function in a private school, Lahore Grammar School Islamabad Branch, but upon her arrival, she was refused entry into the function for she was wearing a niqab, a Twitter user posted on Tuesday.

This controversy caught the people’s eye on social media and was soon noticed by the Federal Minister for Human Rights, Shireen Mazari.

Mazari lamented the ‘shameful act’ by the school management and directed the concerned authority to look into the matter on an urgent basis.

Mazari tweeted on the matter, urging the federal education minister to take notice of the issue.

This is not the first time such an event has happened in a country which was created in the name of Islam. Previously, a hijab-wearing girl was sacked on the second day of her job in a software house in Karachi due to her appearance.

It was the social media uproar which made the software house sack its HR manager for the act and reverse its decision.

Here is what Farwa Munir has to say about the incident: