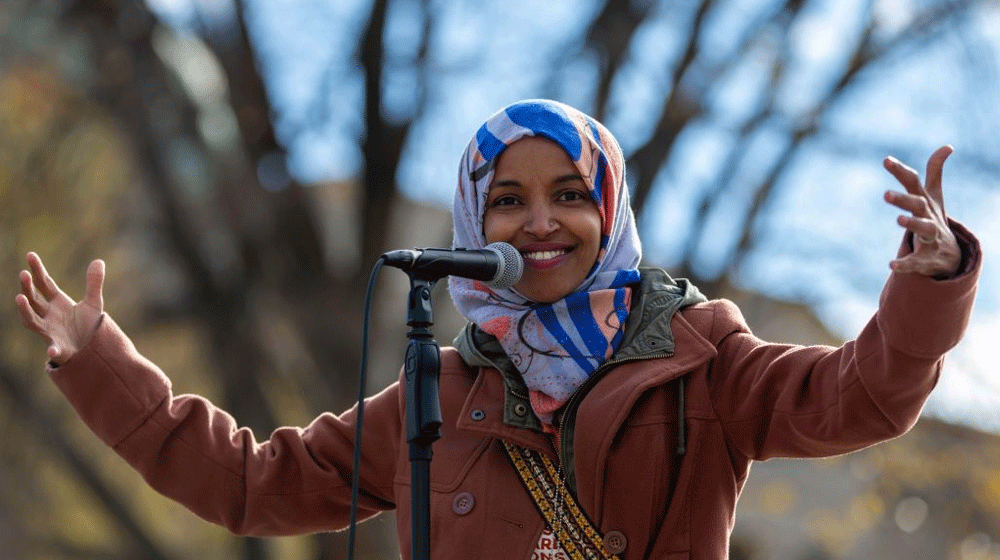 A Muslim congresswoman-elect in the US has co-drafted an amendment to a century-long ban on head coverings on the US House floor.

Ilhan Omar, a Somalian refugee, has joined hands with Democratic leaders to draft an update to the 181-year-old rule to allow headwear like Muslim hijab, Jewish yarmulkes or Sikh turban under the religious exemption.

No one puts a scarf on my head but me. It’s my choice—one protected by the first amendment.

And this is not the last ban I’m going to work to lift. https://t.co/7U3ZLTaWur

“No one puts a scarf on my head but me. It’s my choice – one protected by the first amendment. And this is not the last ban I’m going to work to lift,” Omar posted Saturday on Twitter.

We support the effort to update this anachronistic policy and to bring the House of Representatives into conformity with the Constitution and its existing protection of religious freedom.

Democrat Jim McGovern, who is expected to chair the House Rules Committee, said the update reflects diversity in Congress.

The change in the rule is expected to be approved in January when Democrats take majority control of the chamber.

116th Congress would welcome a record number of women, and variety of minorities including Hispanics, Afro-Americans, Native Americans and members of the LGBT communities when it convenes on January 3.