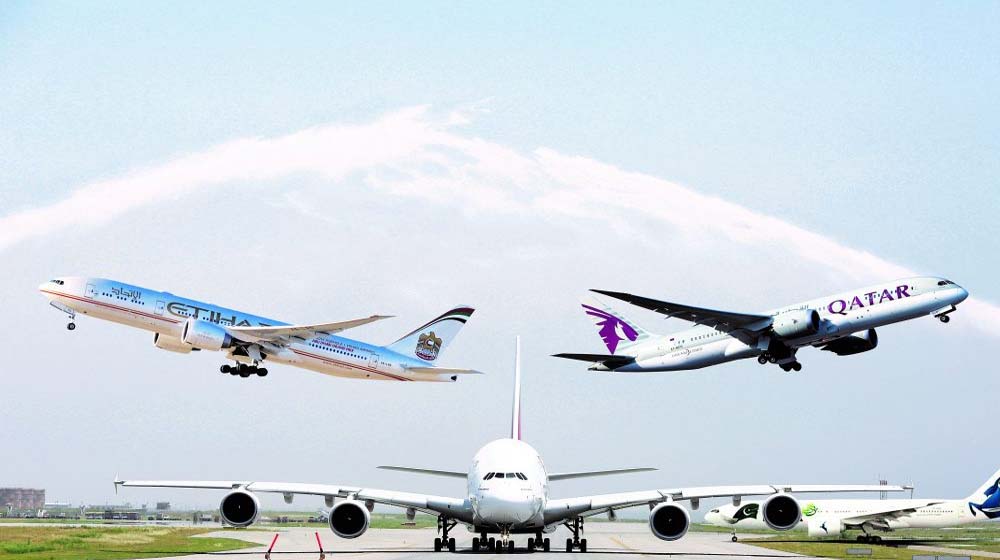 The government has decided to end the current Open Sky Policy and is considering to adopt Fair Sky Policy for the growth of the local aviation industry.

Under the proposed policy, incentives earlier extended to Gulf carriers are expected to be withdrawn fully or partially.

The decision to end the Open Sky Policy was taken at a meeting of industry’s stakeholders. Federal Secretary Aviation Muhammad Saqib Aziz chaired the meeting, which was attended among others by senior management of Civil Aviation Authority (CAA), Pakistan International Airlines (PIA), Airbule and Serene Air.

PIA and PALPA to Work Closely for the Airline’s Revival

“The committee will draft recommendations about how to convert the Open Sky Policy into Fair Sky Policy. This will also review the taxation structure on airlines and passengers,” Secretary Aviation said.

The meeting reviewed the overall state of affairs of the aviation industry. The stakeholders criticized the previous government’s Aviation Policy 2015.  However, the CAA officials present in the meeting defended the policy, saying this led to a manifold increase in the authority’s revenue.

The officials opined the Policy helped the Authority to start development of many airports including New Islamabad International Airport. This also provides the passengers’ multiple choices and improved competition in the industry.

The representative of local airlines rejected the CAA officials’ stance, saying the policy only benefited the Gulf carriers and hampered the growth of local airlines.  The Open Sky Policy is only good if Pakistan-bound carriers are given equal opportunity to operate in the region.

A senior member, who attended the meeting, told ProPakistani, the National Aviation Policy 2015  allowed the open sky policy to continue despite the fact the PIA’s international destinations were reduced to less than 30 from 60 since this policy was launched.

He said that it is hoped the decision will mitigate the impact of the policy, which proved ‘disastrous’ for local airlines, besides resulting in a massive loss to the exchequer.

However, the growth did not help the local airlines as the bulk was captured by foreign airlines, especially three Gulf carriers Emirates, Etihad, and Qatar Airways.

The data shows that in 2006 the Gulf carriers operated 90 flights a week from Pakistan. By 2013, they were operating 250 and by 2015, that number went up to 395. Now Gulf carriers are operating more than 425 flights including an Airbus 380 from Islamabad Airport.

Former Managing Director PIA Ijaz Haroon blames the policy of giving greater access to Gulf airlines to Pakistani market for the downfall of the local industry.

“What the Gulf carriers do is to come to Pakistan to fill the 25, 26 per cent of seats they are unable to get passengers for by offering these at a throwaway price. Thus they ruin the local industry,” he opined.