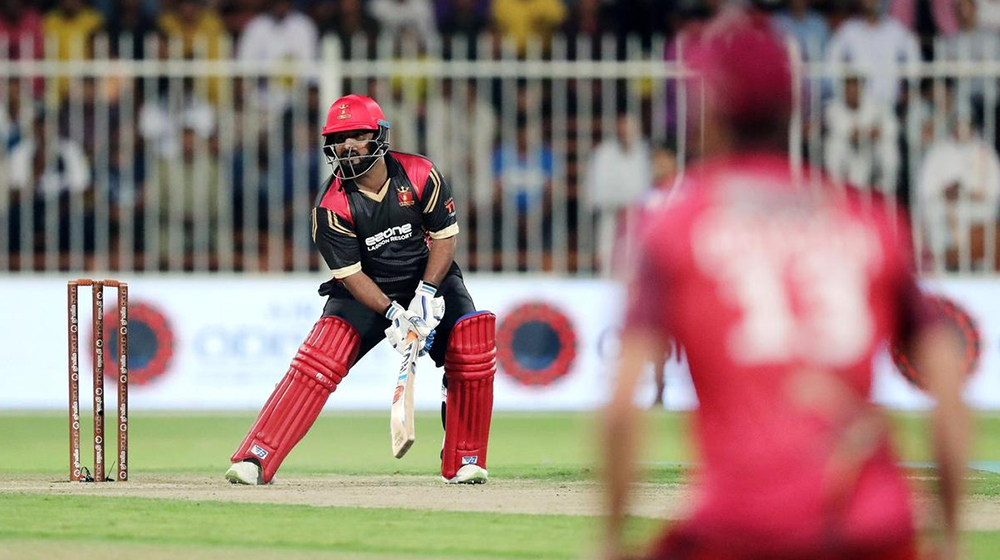 Mohammad Shahzad, Afghanistan international keeper, showcased why he is one of the most fierced cricketers in the shortest format of the game by smashing a 16-ball knock of 74 runs.

Shahzad’s team was up against the Sindhis and were chasing a challenging target of 94 runs in 10 overs. However, the target was made small by a record breaking innings from Shahzad at the top of the order.

The right-hander smashed 8 sixes and 6 boundaries which not only was entertaining for the fans but also saw Rajputs over the victory against Shane Watson’s team.

Former South African hard-hitter, Herschelle Gibbs, was present at the event and witnessed the blistering knock by Shahzad. He said:

Unheard of. I haven’t seen such clean hitting in a long time. Everything they tried he had an answer to. That was on another level of striking.

The match was concluded in 4 overs, of which Mohammad Nawaz bowled an over, which was the opening over, and he conceded 20 runs.

You can watch the full innings highlights from below: