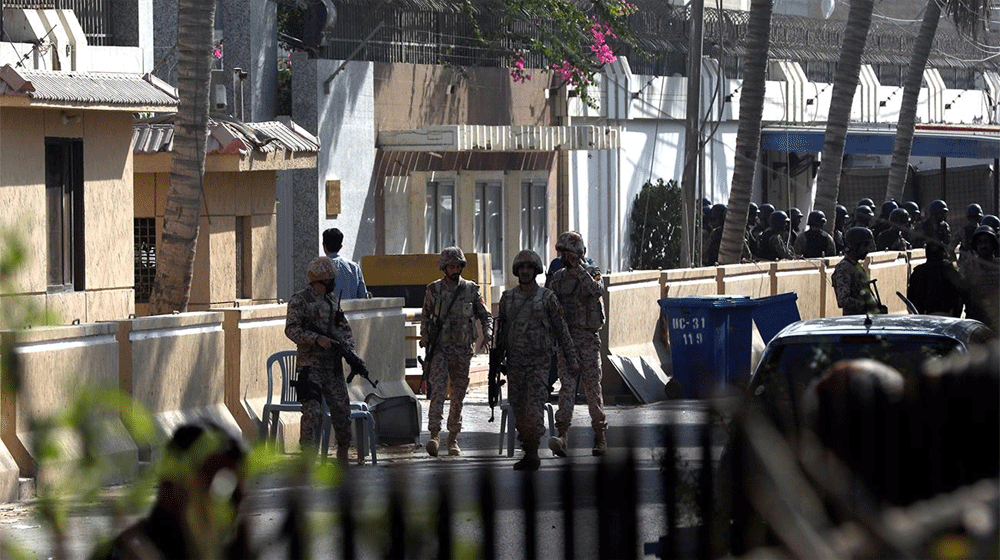 Investigations into the unsuccessful attack on Chinese Consulate in Karachi have taken a new turn after the officials have traced down links to India.

The military sources said that the plot of the attack was prepared in India. The sources have identified the mastermind of the attack as Aslam Achu.

Achu is said to be the commander of the banned terrorist group Baloch Liberation Army (BLA). The group claimed the responsibility for the Friday’s attack.

As per sources, Aslam Achu was injured during a face-off with security forces in Balochistan and is currently receiving medical care in New Delhi’s Max hospital.

An image has been released in which Achu can be seen lying on a hospital bed.

BLA has publicly invited Indian forces to intervene in Balochistan. Indian Spy Kulbhushan Jadhav caught red-handed in Balochistan has also confessed to having ties with militant groups in Balochistan and Karachi to fuel the terrorist activities.

Achu was involved in firings on trains in Balochistan 2011 to 2014. He was reportedly injured during a security forces’ combing operation in 2016 in which most of the BLA commanders were killed.

Achu too was initially reported killed but was later identified among those who fled to Afghanistan.