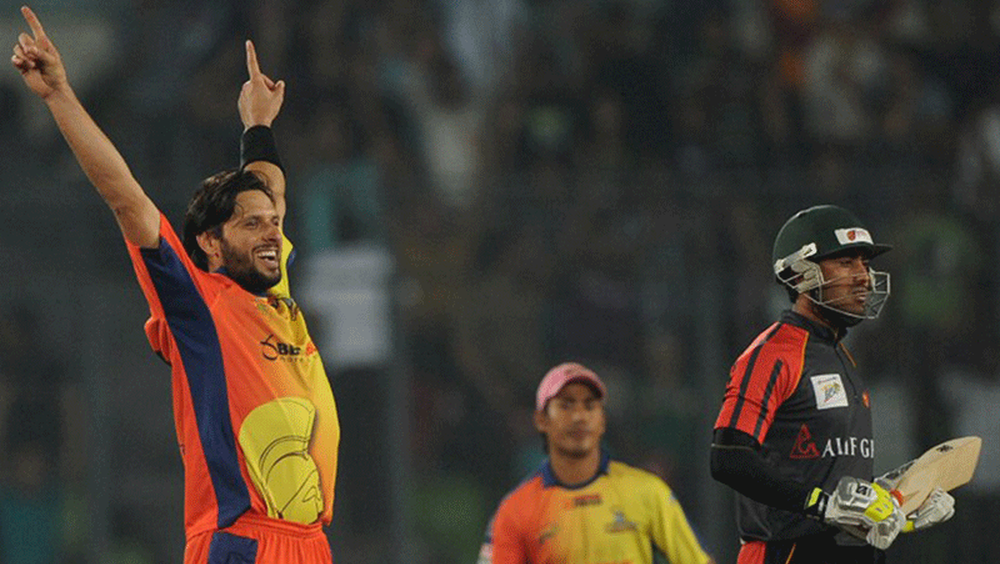 Former Pakistan captain, Shahid Afridi, has backed the prospect of introducing T10 cricket into the Olympics.

Following his retirement, Afridi opened himself to new opportunities and has been playing for Pakhtoons for the past two seasons. He claimed that the league’s growth has impressed him immensely and that T10 League is the ‘perfect format to attract a wider audience’.

Eoin Morgan, the Irishhman, also endorsed a similar view and claimed that T10 League can be wrapped up within eight to ten days as opposed to weeks for the T20 version.

Despite it being a good initiative, T10 League has had its legitimacy called into question. Last year, the sponsors of the league called ‘Heera Group’ were investigated for Ponzi Schemes.

The claims of corruption in T10 League were further boosted when Al Jazeera launched an exclusive documentary which revealed that bookies were in contact with higher management of the league.

With the corruption claims strengthening towards the end of the first season of T10 League, ICC swooped in and started investigating the matter at hand. This move yielded a number of resignations from higher management of the league.

Killing the Spirit of the Game?

Cricket was made commercial when Indian Premier League (IPL) came into existence; capitalizing on the new T20 format and glamor to attract masses, the league changed the course of the game forever. With the T10 League, the aim seems to be something similar but the execution has been wayward.

However, many experts believe that this will not happen and T10 League will fade on its own as it does not represent the game in any shape or form.