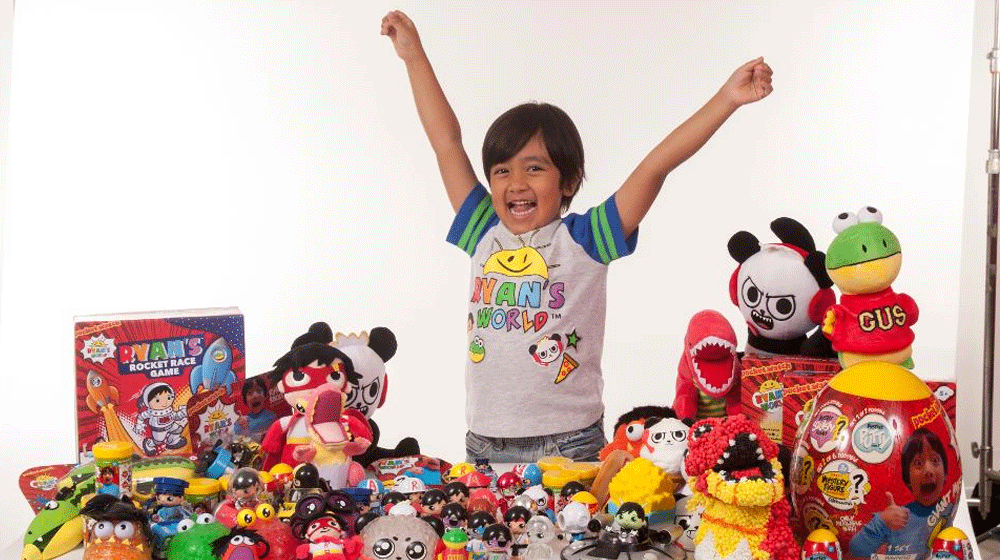 Remember what you used to do when you were a seven-year-old kid? Well, I was learning to balance a tricycle and playing cricket occasionally, but of course, this story is not about us.

It is about a seven-year-old Ryan who is making $22 million from YouTube videos.

Ryan is the highest-earning YouTuber making $500,000 more than the next person on the list, Jake Paul. All he does is review toys.

He owns a channel named Ryan Toys Reviews which was initially set up by his parents in 2015 when the star YouTuber was just four years old.

Now, he has more than 17.3 million followers and almost 26 billion views on numerous videos he has made on toy reviews.

Ryan is also on the top of Forbes’ list of highest-earning YouTube stars followed by Jake Paul, while the Dude Perfect channel is third on the list.

A Complete Guide on How to Make Money on Youtube

The young Youtuber’s earnings have doubled in just one year following his deals with sponsors.

According to Forbes’ estimate, only one million out of 22 have come from the YouTube ads; he has massed up other amounts via sponsored posts.

Ryan is such a star among US kids that in August, Walmart began selling an exclusive range of toys clothing range called Ryan’s World. Walmart’s website has a video showing Ryan along with his parents- who make occasional appearances in his review videos – searching for his toys at a Walmart store. The video has over 14 million views so far.

Revenue from the Walmart deal would add a considerable amount to his annual earning next year.

During an interview with NBC, Ryan replied to a question, “Kids like my videos because I am entertaining and funny.”

Ryan has twin sisters, who also make guest appearances in some videos on a separate channel “Ryan’s Family Reviews.”

On this channel, a video with the title “Top 10 Science Experiments you can do at home for kids” starring the three siblings has had more than 26 million views.