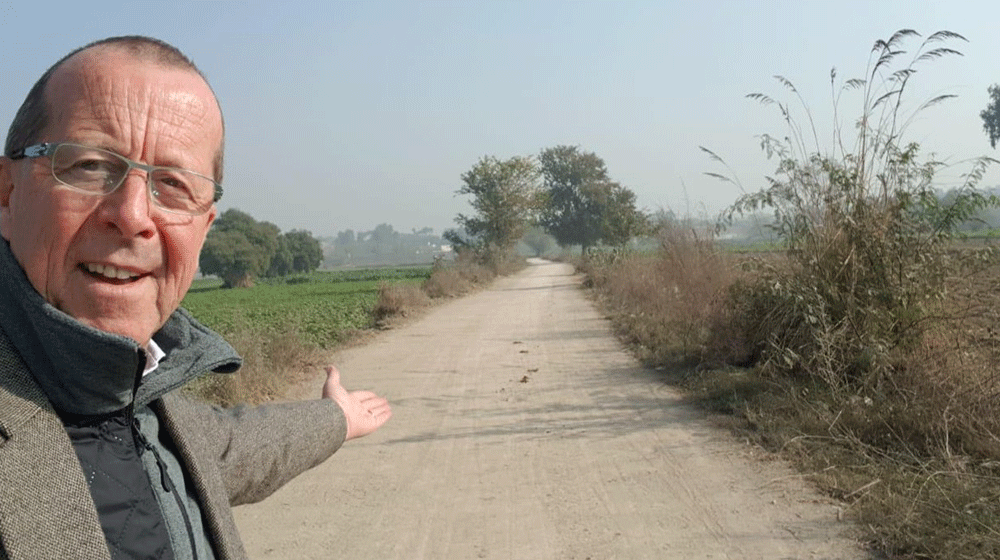 German Ambassador to Pakistan Martin Kobler, who is like a celebrity on social media for his pro-Pakistan activities, has raised questions on a project of Khyber Pakhtunkhwa government.

Kobler noted that KP government built a road in Nowshehra district which, according to him, cost more than double of what it should have cost.

The ambassador took to Twitter on Wednesday to express his concerns.

He pointed out that a 12-inch thick, 1KM road at Azakhail Bala built with the help of German government cost just 40 lacs, whereas the same road with a 6-inch layer built by the KP government cost 10 million.

However, KP government was quick to respond German envoy’s tweet on the same day.

The official Twitter handle of the Information Ministry of KP replied that the ambassador has overlooked the drainage structures built alongside the road.

Excellency, the answer to your question is very simple. The road, you are pointing out to, does not show specifications and does not describe the kind of drainage system built along the road or the cross drainage structures.
Shoukat Yousafzai
Minister for Information and PRs, KP.