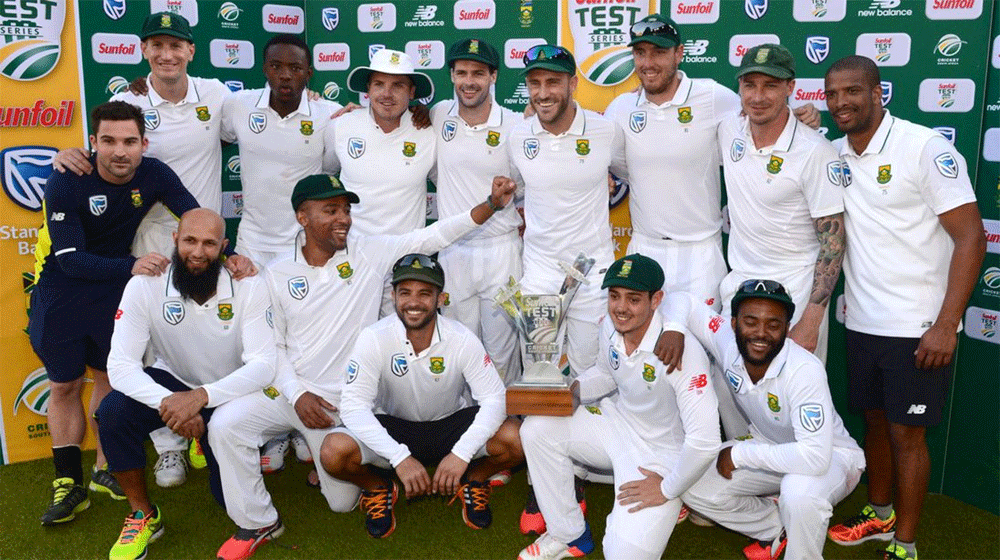 Cricket South Africa (SCA) has announced a 13-man squad for the Test series against Pakistan.

The three-match Test series commences on the Boxing Day in Pretoria. The second Test is scheduled in Cape Town from 3-7 January, with the series finale in Johannesburg from 11-15 January.

Much-anticipated middle-order batsman Zubayr Hamza and the young fast bowler Duanne Olivier are the highlights of the 13-man squad.

The selection is a reward for the emerging right-hander batsman who plays at No.3 for Cape Cobra and has been in sublime form over the last 18 months though and his potential as a future regular in the team.

“Zubayr has been one of the standout cricketers in domestic cricket over the past year and carried that form into South Africa A tour to India where he averaged over 50 in the four-day series against tough opposition and under tough conditions,” CSA’s selection committee head Linda Zondi said on Thursday.

As per the announcement, Faf du Plessis would lead the team in the Test series.

Pakistan, which is currently battling to secure the series decider against New Zealand at their ‘own’ turf, is yet to announce is squad for the crucial series.