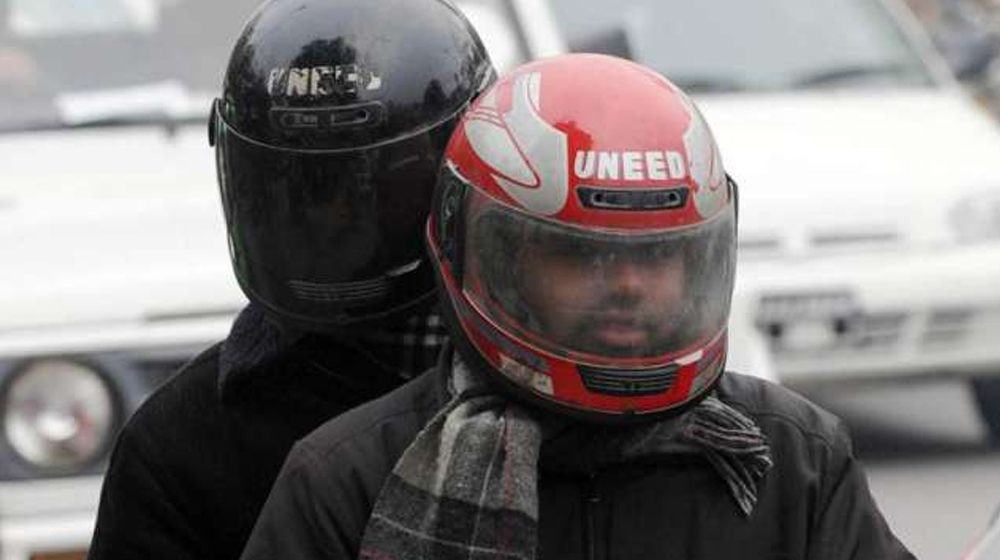 The Lahore High Court has declared that a helmet is necessary for the purchase of motorcycles. According to the new order, bike dealers must sell the helmet along with the motorcycles.

Moreover, the LHC has ordered to stop selling helmets at a high price. This order has come in a bid to ensure that the riders find helmets within the range of their purchasing power.

While commenting on the court’s decision, a motorcyle dealer says that helmets are usually complimentary with the sale of a bike.

It needs to be noted here that the LHC had earlier necessitated the use of helmets for pillion riders in Lahore from December 1st.

In the previous order, the court had ordered the petrol pumps in Lahore to stop selling fuel to those not wearing the safety helmets.

Reportedly, the sale of safety helmets increased after the aforementioned court’s decisions. This indicates that many people have started wearing safety helmets.

The Chief Traffic Officer (CTO) Lahore apprised the court that his department had issued over 2 lac challans for not wearing the safety helmets.

Earlier, several lawyers had filed petitions for the implementation of traffic laws while calling attention to the increase in the deaths of motorcyclists due to road accidents.