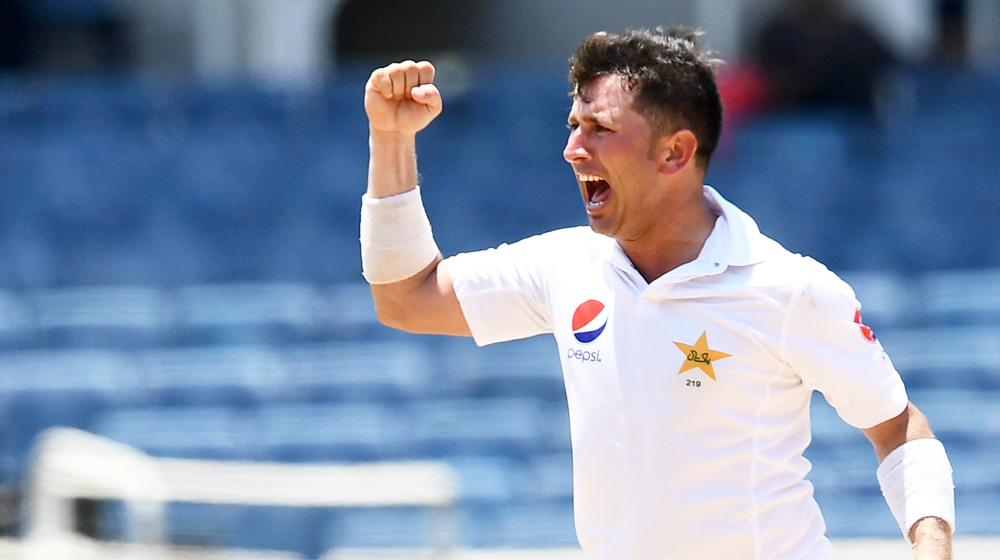 Felicitations have continued to pour in for the record-breaking Yasir Shah who smashed an 82-year-old record to register his name on top of the spinner hall of fame.

The jubilation piled up even more when Prime Minister Imran Khan congratulated Yasir for this historic feat.

“Congratulations to Yasir Shah who broke an 82-year-old record held by an Australian and became the fastest bowler to reach the 200 test wickets’ milestone in just 33 matches,” the PM Khan tweeted Friday morning.

Congratulations to Yasir Shah who broke an 82 year old record held by an Australian & became the fastest bowler to reach the 200 test wickets' milestone in just 33 matches. Last week he had equalled my record of 14 wickets in a test match. Stellar performance.

Yasir thrashed the decades-old record held by an Australian leg-spinner Clarrie Grimmett of fastest 200 wickets in 36 Tests, with three more matches to go.

This is not the first time Yasir has made headlines with his brilliant bowling performance.

He has a nag of taking wickets and has developed a habit of smashing world records as prior to this, he was the fastest Pakistani to 50 wickets (nine Tests) and the quickest Asian to 100 wickets (17 Tests), second only to Englishman George Lohmann who reached the target in one less Test in 1896.