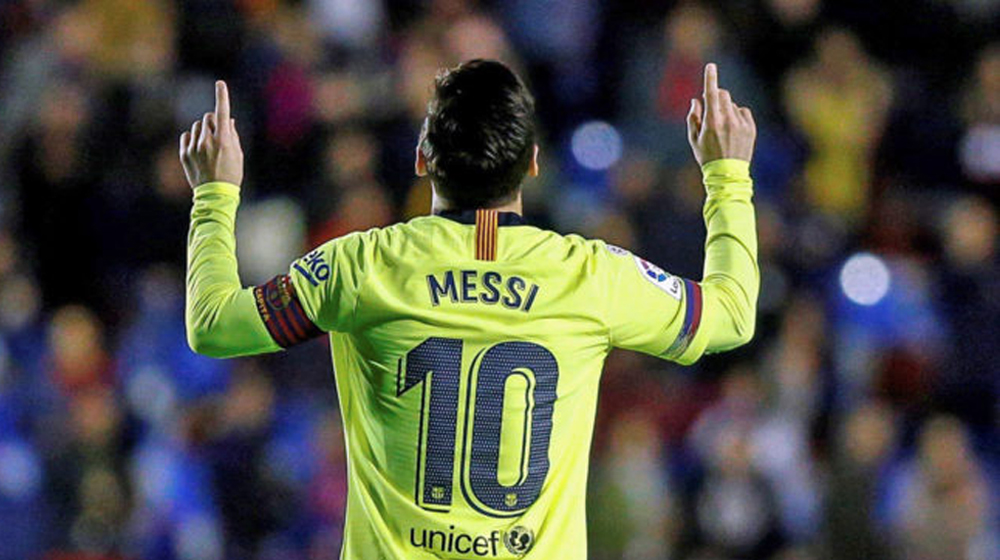 Lionel Messi, arguably the greatest player of all-time, has received his record 5th Golden Shoe award on Tuesday for leading all of Europe’s football leagues in scoring last season.

Messi now leaps ahead of Ronaldo, who was tied with the Argentinian for winning the most number of Golden Shoe awards.

Messi scored 34 goals last season in La Liga and led Barcelona to yet another domestic title. Liverpool and Egyptian forward, Mohammad Salah, came in second with his 32 goals in English Premier League.

The truth is I had no idea this would happen when I started. I dreamt of playing professional football and enjoying success, I love the game, but I never imagined I would have so much.

The 31-year-old Messi is Barcelona’s all-time goalscorer with 572 goals in 655 appearances. He is regarded as not only the best player at the club but also the world.