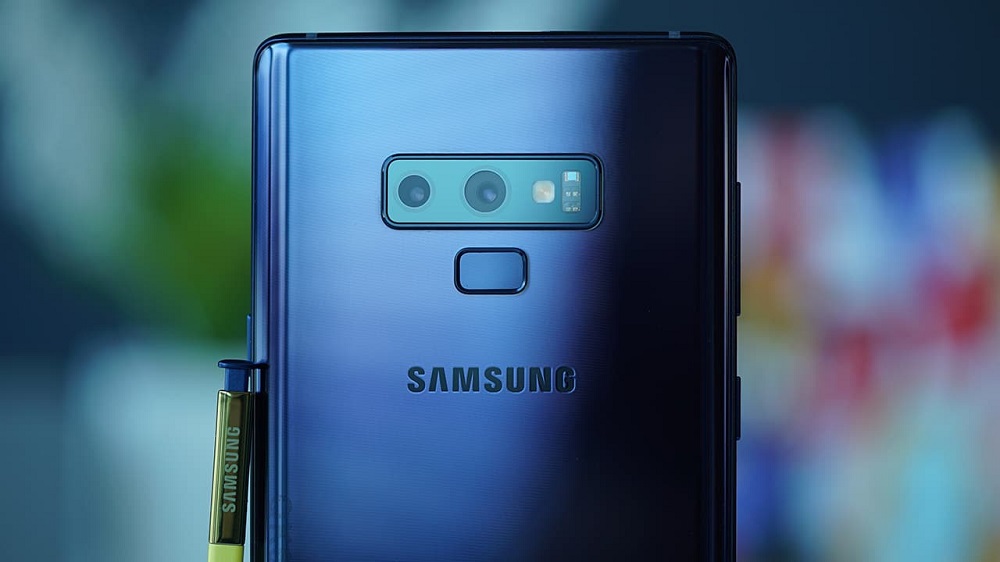 Gilgit-Baltistan’s government has decided to give new Android phones to at least 40 of its bureaucrats in a bid to ‘speed up service delivery’ in the region.

The above revelation has come in a letter written by the general administration. It reads,

The competent authority is pleased to principally allow the purchase of the mobile phones (Samsung Note 8 or equivalent) with a cost of Rs. 92,000.

The letter states that there was a market survey conducted to ensure uniformity. The survey found “Samsung Note-8 suitable for official usage/utility.” 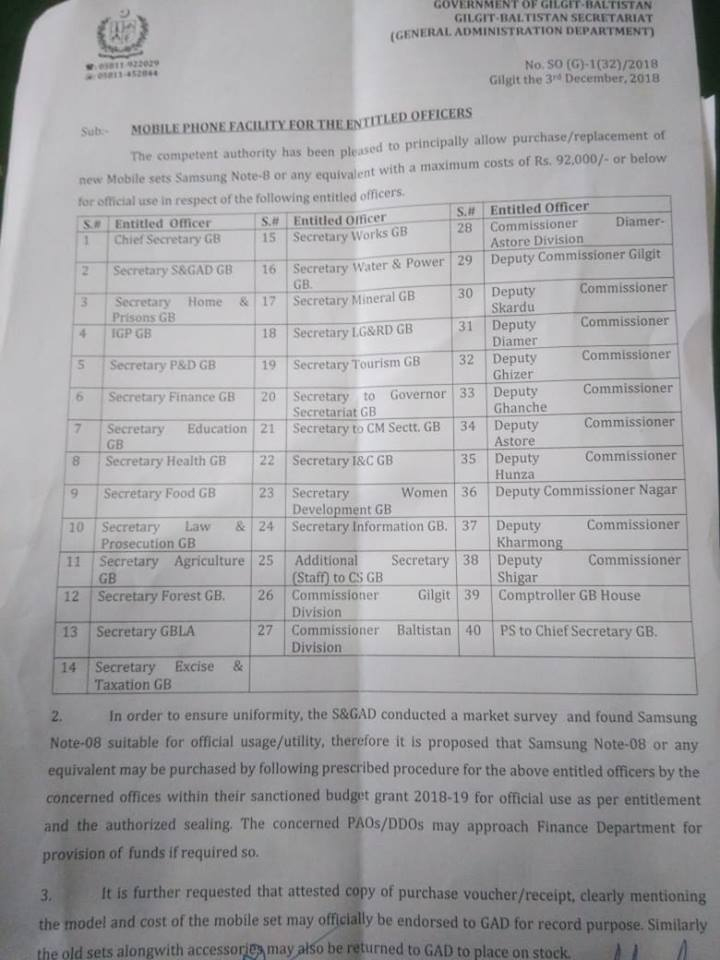 This initiative is going to cost around Rs. 3.7 million to the national exchequer, as the number of the beneficiaries is 40. It includes 23 secretaries, chief secretary, commissioners, and deputy commissioners.

The initiative has been good news for the beneficiaries (obviously), but it has invited backlash from others, particularly the elected representatives.

According to one GB minister,

Apparently this new mobile scheme is to enhance the performance of the officials, but mark my words it will backfire.

“Now they will be busy with their new devices as service delivery has never been a priority to them,” he said. Some insiders say that the chief minister has not been informed about this initiative. This new development is going to further impact the credibility of the provincial chief minister.

It is pertinent to mention here that the GB chief executive is already being criticized for acquiring dozens of latest model luxury cars during his three-year tenure.