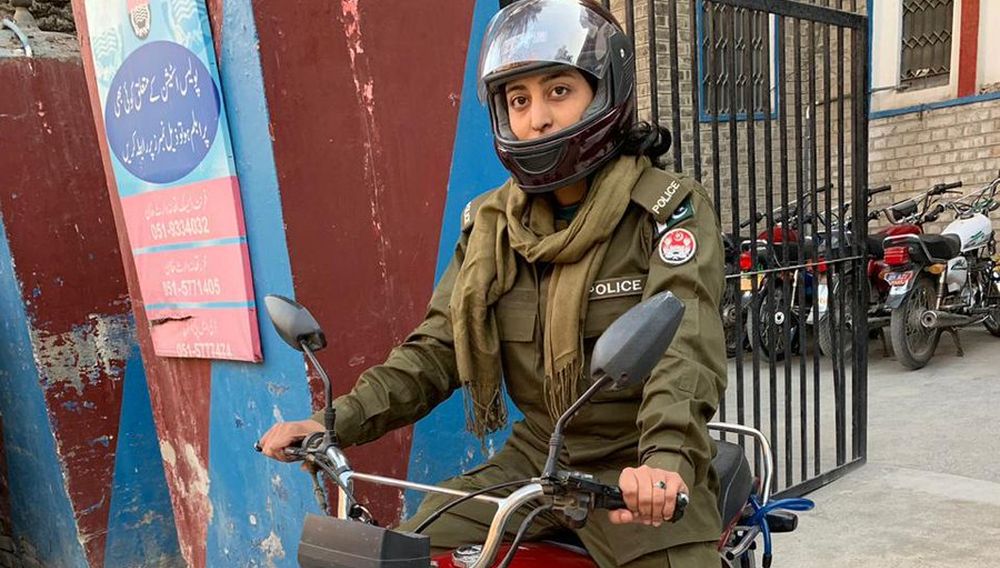 In a society where women are stereotyped to be bad drivers, too fragile to perform physical tasks, and so on, the mere presence of this ‘specie’ in security and law enforcement is surprising.

Another big no for women is riding a motorbike. In Pakistan, not many women riders can be seen on the roads, as it is still something frowned upon.

Though the scene has changed over past few years with Careem employing female bike captains and government rolling out ‘Women on Wheels’ program, still we have a long way to go regarding the acceptability of women riding a bike.

Over the past few years, many women have come forward to shatter the glass ceilings, paving way for others to claim what belonged to them.

One such woman is Anam of Rawalpindi Police. She is among the few lady moharrars in the district. Another thing she is doing is claiming back the public space. According to a tweet posted by Rawalpindi Police, Anam rides a bike to work and devotedly performs her duty.

Anam is breaking all sorts of stereotypes. She rides a bike to work everyday & diligently performs her duty as one of few lady Moharrars in the district. Rwp police is proud of Anam and all the other female members of our force who are contributing positively to the society. pic.twitter.com/5Xtyy9Xusp

The tweet reads, “Rawalpindi police is proud of Anam and all the other female members of our force who are contributing positively to the society.”