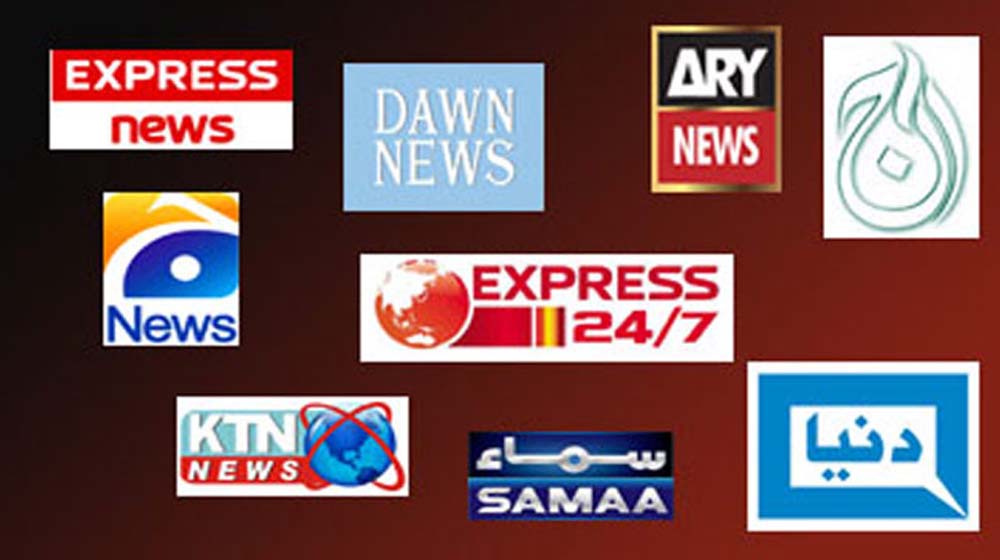 The Information Ministry has revised the rates charged by the private TV channels for government’s advertisements/campaigns. The revision drastically cuts the average per minute rates for each channel.

The rates have been cut by up to over 1000 percent by the Ministry, saying that the Finance Division has raised serious objections on the rates being charged by the private TV channels.

Secretary Ministry of Information, Shafqat Jalil, has written a letter to Chairman, Pakistan Broadcasting Corporation, intimating him about the revised rates for government’s advertisements/campaigns.

The Ministry said that the incumbent government intends to support the media and wants to initiate electronic media campaigns. However, it said, this can not be done on the existing rates.

The Ministry said the new rates will come into effect from December 27 and will be valid for federal and provincial governments, autonomous bodies and public sector organizations. 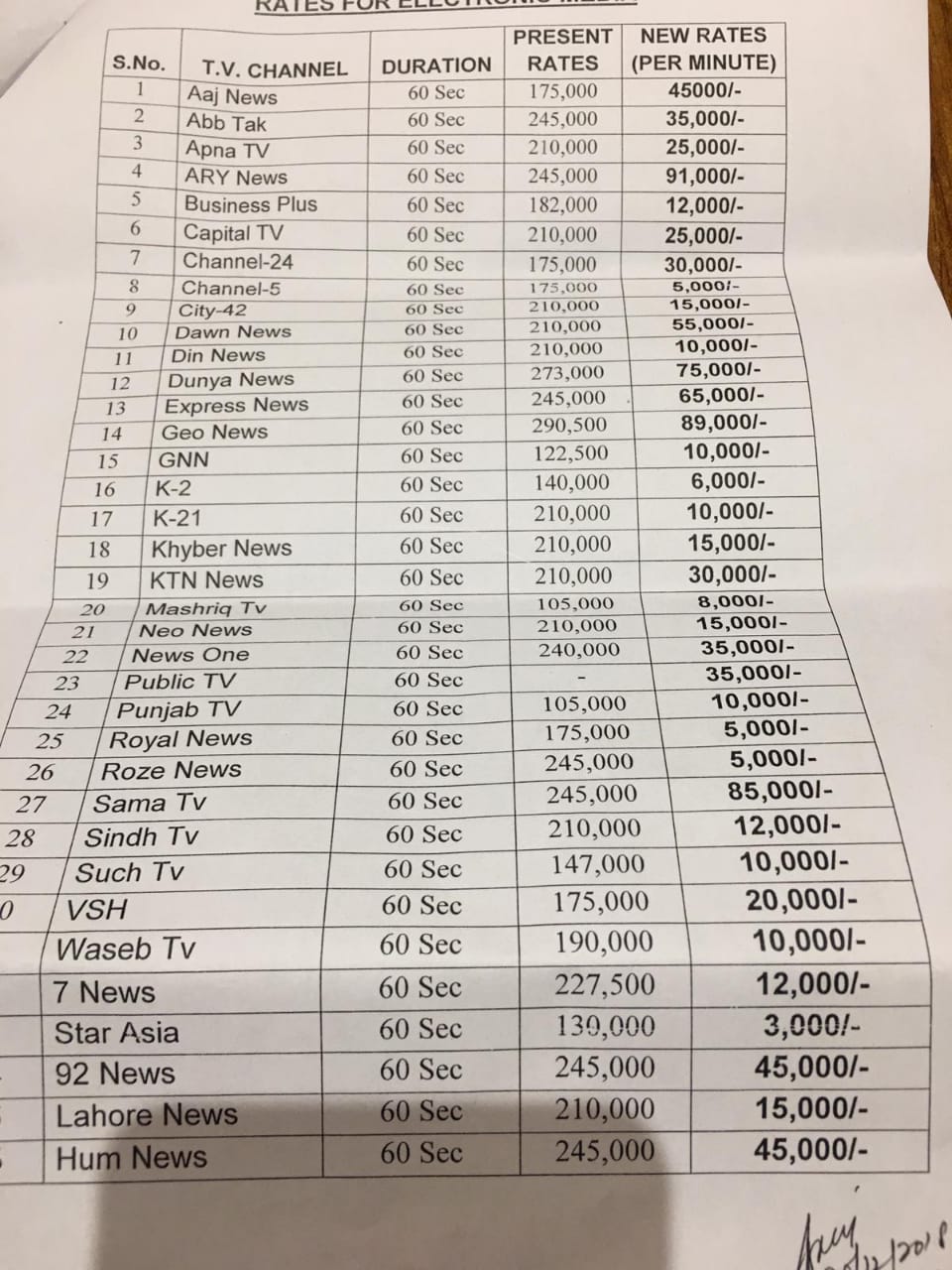 The Ministry has placed a drastic cut on the advertisement rates charged by the private TV channels. Geo News, which was being provided Rs. 290,500 for a 60-second advertisement will now be paid only Rs. 89,000 for the same duration.

1 minute of government advertisement on Samaa TV will now cost the exchequer only Rs. 85,000 against the earlier Rs 245,000.

As per the revised rates, ARY News has been allowed the highest rate for 60 seconds of advertisements followed by Geo News. In other words, the government has rated ARY News as the most-watched TV channel of the country.

It must be mentioned here that the TV channel owners are disgruntled at the new government’s policy of avoiding TV campaigns. Previous government’s lavish fundings had helped the channels grow but their reliance on partnerships with the business sector weakened resulting in issues once the new government backed out of the media campaigns.